You’d struggle to find a football fan who hasn’t been dazzled by the otherworldly talents of Diego Maradona at some point, and EX Sports is now giving everyone a chance to own a piece of football history connected to the legend himself.

EX Sports, a platform that allows fans to buy, trade and sell unique digital sports collectibles in the form of nonfungible tokens (NFT), recently launched the “Maradona NFT Collection,” consisting of 10 rare Maradona memorabilia that are the first official Maradona NFTs. On Oct. 30, four “Platinum NFTs” were auctioned during a VIP-only event at the DMCC Crypto Centre in Dubai. The winning bidders also took ownership of some one-of-a-kind Maradona items, including:

Each item is certified as official by World Soccer Treasures, one of the world’s largest collectors of football memorabilia, and the name and usage rights of the Maradona brand have been legally authorized by Maradona’s former manager and close friend, Stefano Ceci, who also attended the event. In total, the items sold for $79,000. 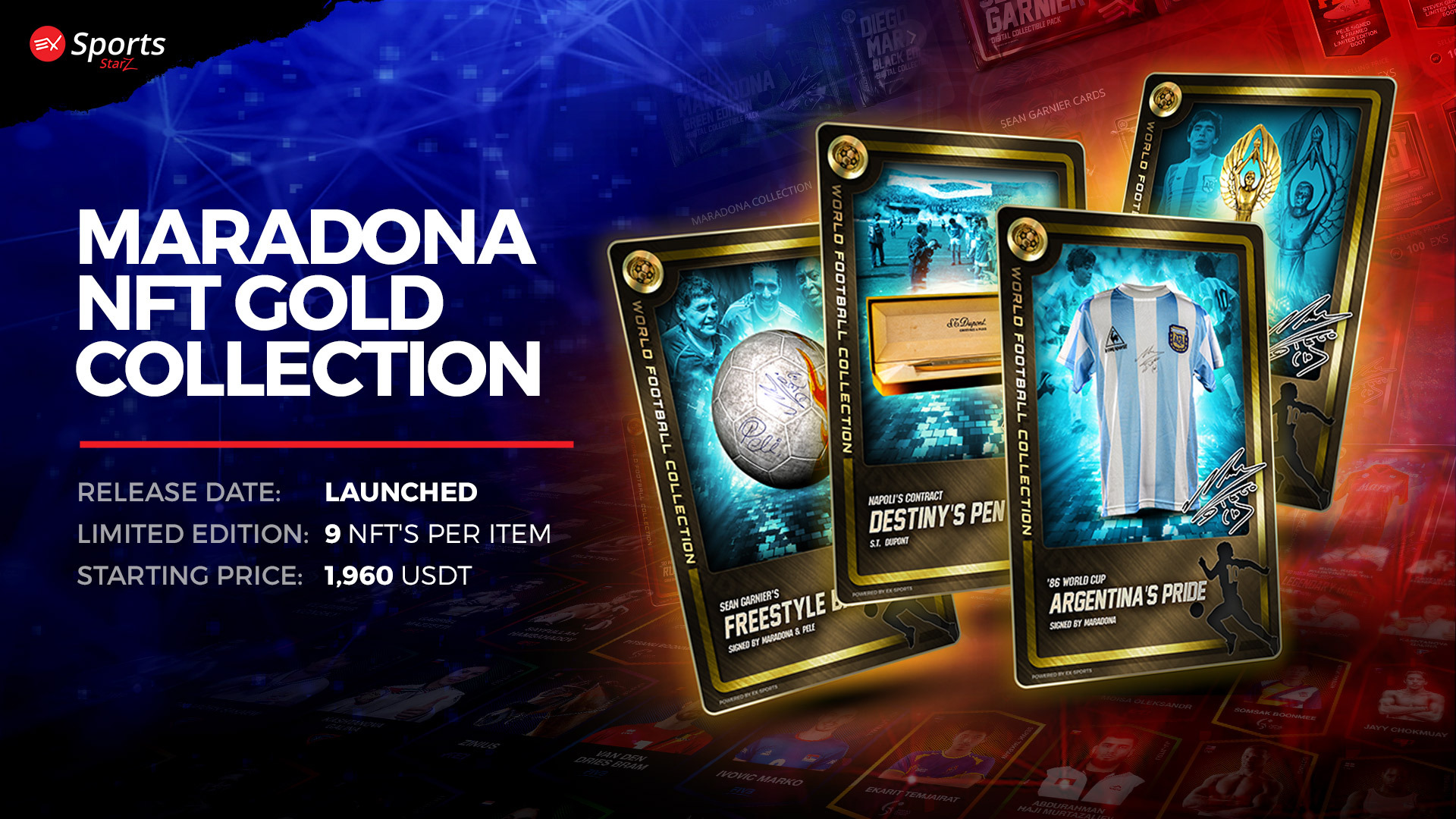 EX Sports is now providing fans with a more affordable opportunity to own one of the remaining six items of Maradona memorabilia. Each physical item has a limited number of “Gold NFTs” associated with it. From Dec. 5, a new “Gold NFT” will be listed every two days on the newly launched EX Sports Marketplace.

Buyers of the “Gold NFTs” will automatically be entered into a competition to win the associated physical item of memorabilia and its corresponding “Platinum NFT,” meaning those without high spending power still have a chance to own a physical piece of football history. The collection includes a match-worn Napoli jersey, a ball used in a game between Napoli and Spartak Moscow, and a Puma-branded captain’s armband.

“Blockchain is about giving access to the smaller guys,” said EX Sports CEO Toli Makris. “This campaign is a good example of how we can accomplish that.”

The lucky winners will be invited to the Grand Finale Gala Dinner in Dubai on Dec. 13 at Dubai’s Billionaire where they will receive the physical item. However, even those who miss out will still own a digital collectible that will only ever exist in limited quantities, and owners will have an opportunity to sell or trade them in the future.

All 10 items are listed on EX Sports, where fans can join the waiting list to purchase the “Gold NFTs” and have a chance at owning the physical memorabilia, too.

EX Sports is a blockchain-based NFT platform with a vision to support grassroots sports, such as Muay Thai, powerlifting, arm wrestling and jiu-jitsu. It allows sports fans to buy, trade and sell digital sports collectibles, opening new revenue streams for their favorite athletes in less well-known sports. To find out more, visit ex-sports.io.

Follow EX Sports on social media to stay up-to-date with our latest projects: