As the market value of Bitcoin exceeded $1.1 trillion in early March, the entire cryptocurrency market bathed in joy. More and more traditional funds poured into the market, hoping to find a good investment target from which to benefit. 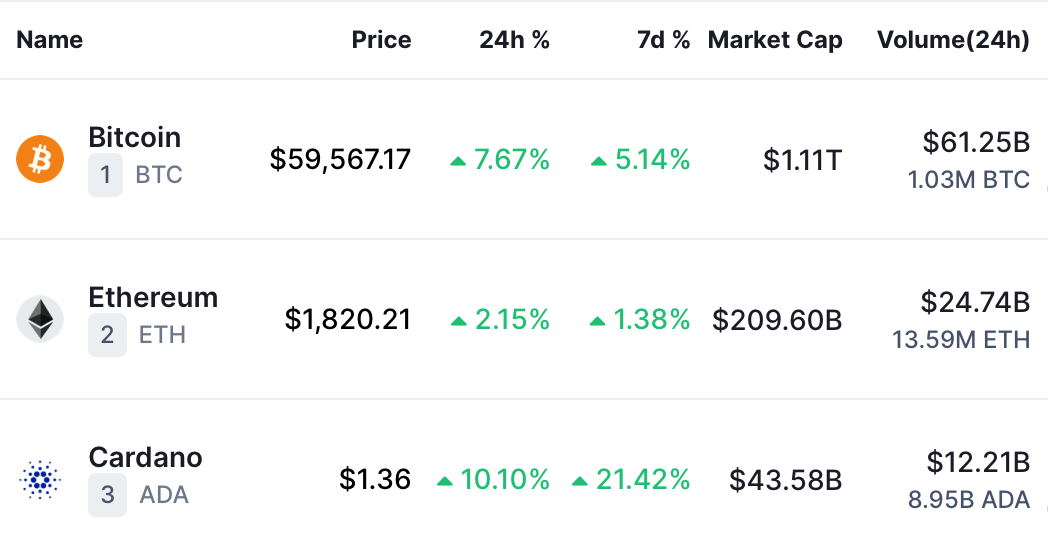 Meanwhile, the DeFi fever that began in the summer of 2020 required everyone to create their own wallet to participate in the flexible DeFi protocol and perform financial activities such as lending, trading, and investments in funds and other derivatives. The total market value of DeFi has also increased by more than 10 times in just six months.

However, as the number of market participants grows, some professional tools have appeared. These tools cooperate with the exchange to mark out and link all the addresses that have interacted with the exchange. In the end, blockchain network addresses that should have been free and working without permissions are labeled like accounts in centralized exchanges. Moreover, these addresses are classified into different risk levels based on their degree of activity and the monetary value within.

Therefore, since the beginning of 2021, the market has been looking for a brand new infrastructural solution that can find the perfect balance between the concerns of transparency and freedom in the blockchain and the ideas of supervision and security in the traditional world. The Exploit Network, which has attracted much attention from the customer community, finds the right balance.

The Exploit Network is committed to creating a Web 3.0 for private transactions

In 2016, Luis Cora, who was working as a network architecture engineer at Datacom, got to know cryptocurrency from the local anonymous geek activities in Auckland. In an offline event, another network architecture engineer shared how to use idle servers to mine Bitcoin with them. Since then, Cora has been interested in cryptocurrencies, which made the following Exploit Network story a reality.

Exploit Network regards itself as an efficient privacy payment network that is interoperable with multiple chains. By mapping mainstream assets to the Exploit Network with a cross-chain bridge on each external chain, users can migrate assets effectively and use functions, such as anonymous transfers, transactions and lending on the main network.

If the current global financial industry is considered as purely centralized, then what Exploit Network does is establish an era of distribution that caters to Web 3.0 of the future. The new era will be friendly to an open and auditable financial infrastructure. Moreover, people will be allowed to perform private and anonymous transactions. Only in this way can a world where everyone’s autonomy and privacy truly become a reality.

Therefore, well-known institutions, including Block Capital, HashFund, etc., have participated in the initial round of funding for Exploit Network. According to stakeholders, the scale of this funding is about $1.5 million, which is a similar amount to what those popular projects received on the market.

Before announcing the project, Exploit Network released its plan for its basic token, EN. Exploit hopes that the tokens issued can effectively target the top-100 private projects in the world market, such as Dash and Zcash. Moreover, it hopes that with EN, the secondary market of tokens will fluctuate and develop along with the project, with the total number of EN tokens to be only 10 million.

In the development roadmap of the Exploit Network, the basic tokens could be pre-released on the exchange public chains through the Binance Smart Chain and Heco, and subsequently, EN issuance is performed on the Polkadot network via TrustBase and Plasm. In the future, if the number of card slots expands, Exploit Network will participate in auctions or acquisitions based on its actual situation.

Such flexible advancement steps can reduce the early cost for market expansion and help invest more budgets in establishing the mainnet. Moreover, a complete system of peripheral facilities for the external chains, such as cross-chain bridges, liquidity pools and data synchronization libraries, can be built.

At present, layer-two and public chains, including BSC, Fantom, Heco, Polygon, Solana, are all in the planned support list of the Exploit Network. Judging from the news on March 17, the first subjects of EN mapping is the BSC and Heco networks suggest that the Exploit Network is planning to launch cross-chain bridges and testnet in the near future.

The economic model of EN

The total number of EN tokens is 10 million. Owners of distributed tokens, including the founding geek organizations, private equity institutions and the official team, have locked their ownership for six months or more. Since EN must be circulated among different chains, it is estimated that in the following year, about 2–3 million EN tokens will be in circulation. 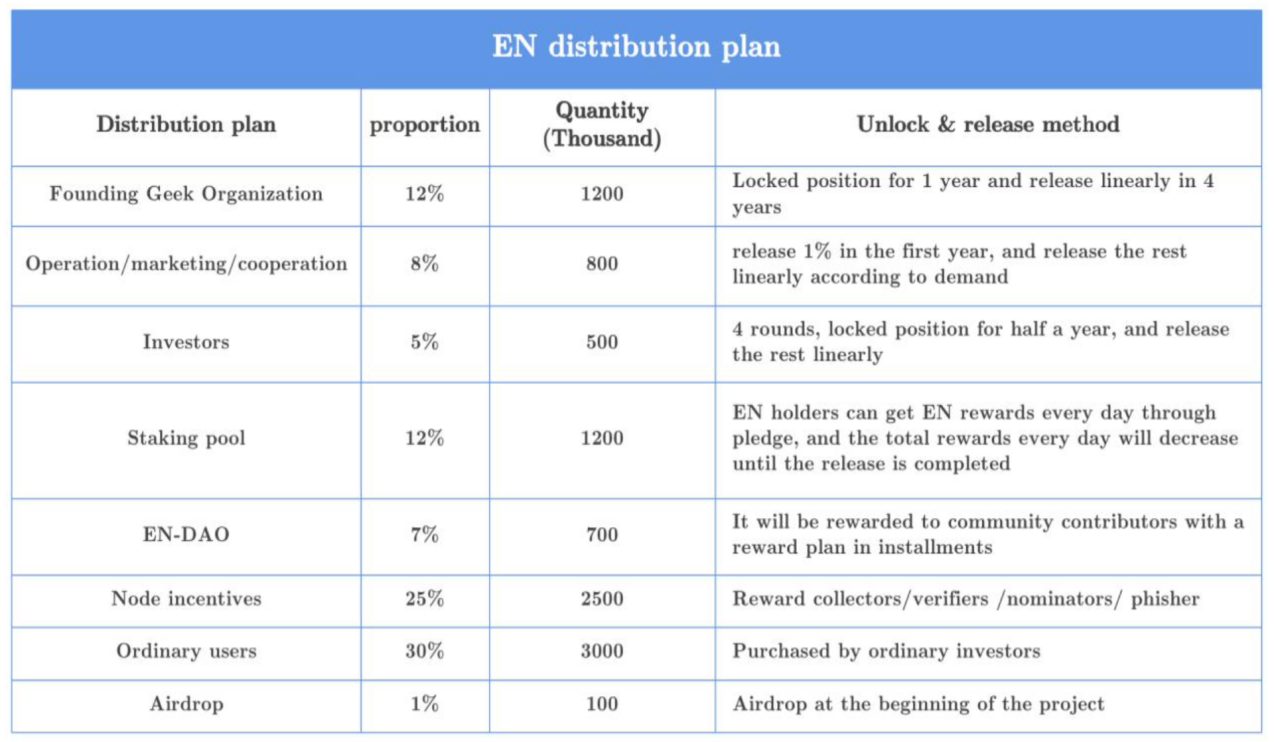