Fellaz, a multichain Web3 entertainment ecosystem, has announced the upcoming launch of its social media platform for artists and their fanbases. Through months of preparation, the Fellaz team has onboarded notable entertainers and pop stars from Korea, Japan, Southeast Asia and the rest of the world. 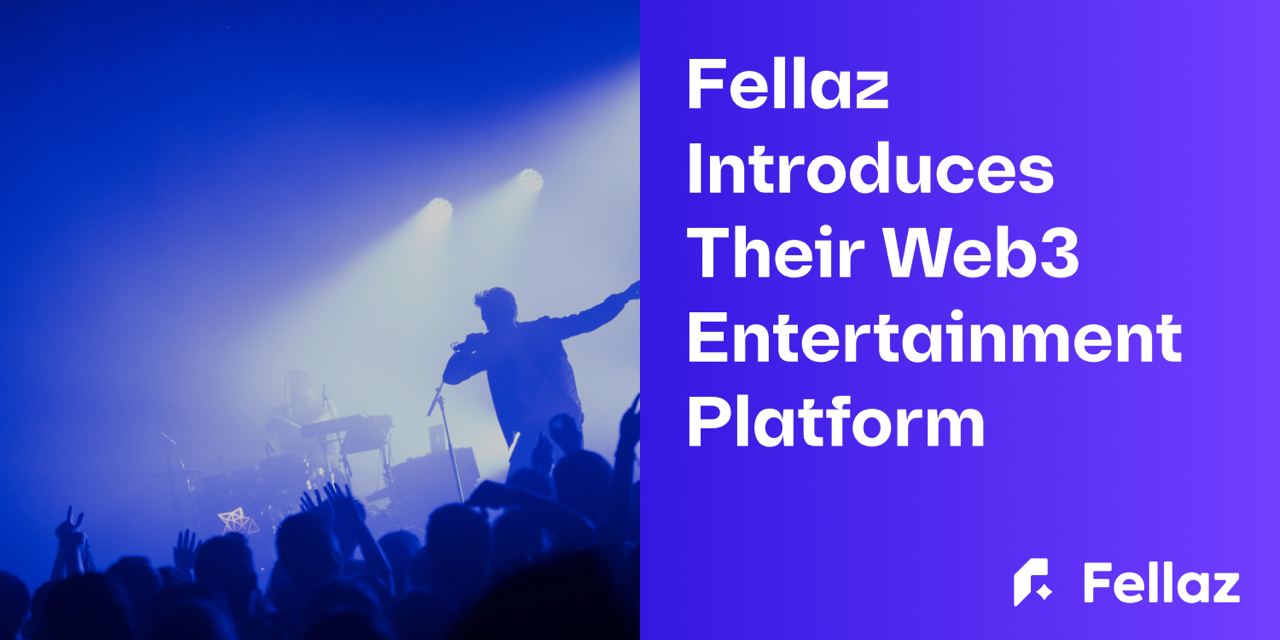 Fellaz has the ambitious mission of defining and paving the way for a Web3-entertainment ecosystem. The project will help users from the entertainment industry transition from Web2 to Web3 through a Web3-native infrastructure. Fellaz hopes to empower influencers, artists and fans by providing them the tools to monetize their potential instead of using traditional Web2 platforms that rely on, and sometimes exploit, these fan communities for revenue.

In this new environment, artists and users will have shared ownership over their creations and derivations in the form of immutable nonfungible tokens (NFTs) stored on the blockchain. The platform will use a metrics-based compensation system to determine fan participation and contribution. This will lead to an incentivized and sustained fanbase, furthering the artist’s reputation.

Fellaz’s decentralized social media platform will feature individual feeds where artists can post images, videos and audio recordings for their fanbases. Fans can comment, like, mirror — i.e., repost — and interact with their favorite artists. They can also purchase subscriptions, which give them access to premium content and platform-native NFTs called Lightsticks. Fans can gain experience points and level up their collections of Lightsticks by showing their support. Since Fellaz is a support-to-earn platform, fans who level up their lightsticks will earn more Fellaz (FLZ) tokens as they interact with their favorite artists. Fellaz is also a create-to-earn platform, allowing artists to earn FLZ by engaging their fanbase and subscribers with original and premium content.

Fellaz also plans on expanding its platform through a proprietary blockchain ticketing solution for both in-real-life and metaverse concerts, fan meetings and other related events in entertainment and sports. In addition, Fellaz will be launching priority minting access to NFTs of their metaverse-native stars, limited-edition goods, exclusive airdrops from partners, a live-chat feature, personalized NFTs for fan bases and a leaderboard to rank artists, much like Billboard does with music artists.

Bobby Bhatia, CEO of Fellaz, commented, “We look forward to starting our journey in the Web3 entertainment space and will do our best to nurture and cultivate a vibrant community of artists, influencers and fans.”

Based in Singapore, Fellaz is a multichain Web3 entertainment ecosystem providing content production and distribution for the metaverse, an NFT solution for artists and a decentralized fandom community infrastructure. Alongside its network of global partners, Fellaz is a one-stop solution and ecosystem designed to help businesses, creators and fans transition into the Web3 entertainment space by taking the best from the metaverse, decentralization and NFT blockchain technology and integrating them with original content and Web3 diversification.

Fellaz CEO, Bobby Bhatia, is a seasoned finance and technology professional, mentor and entrepreneur with over 25 years of public and private investment experience. From fintech to educational technology to financial services and blockchain technology, Bhatia is a pioneer in digitally transforming and disrupting industries to create a more equitable world. After graduating from Duke and completing a Young Scholars program at Stanford, Bobby has worked in private equity throughout Asia since 1995. He also was the principal head investor at American International Group and a principal and founding Member at JP Morgan Partners Asia. Moreover, Bobby is a board member at Palma Capital in Dubai, Bharat Light & Power in India, Livesports in Singapore and Sentinel Capital in Singapore.

For more information about Fellaz, please follow the links below: