CryptoSandwiches, a next-gen NFT game built on top of BNB Smart Chain (BSC), has announced to launch its version 1.0 in the coming May, 30th. Among a series of Tasty Galaxy games, CryptoSandwiches makes its appearance as the first fully onchain NFT game backed by BSC.

The new game exists in a food-themed metaverse (Foodverse) defined and shared by the community on basis of a sustainable tokenomic system. aiming to collaborate with offchain catering industry to build a brand-new sharing economy to users, the startup team behind the project is set to blaze a trail toward a full-bloom metaverse. 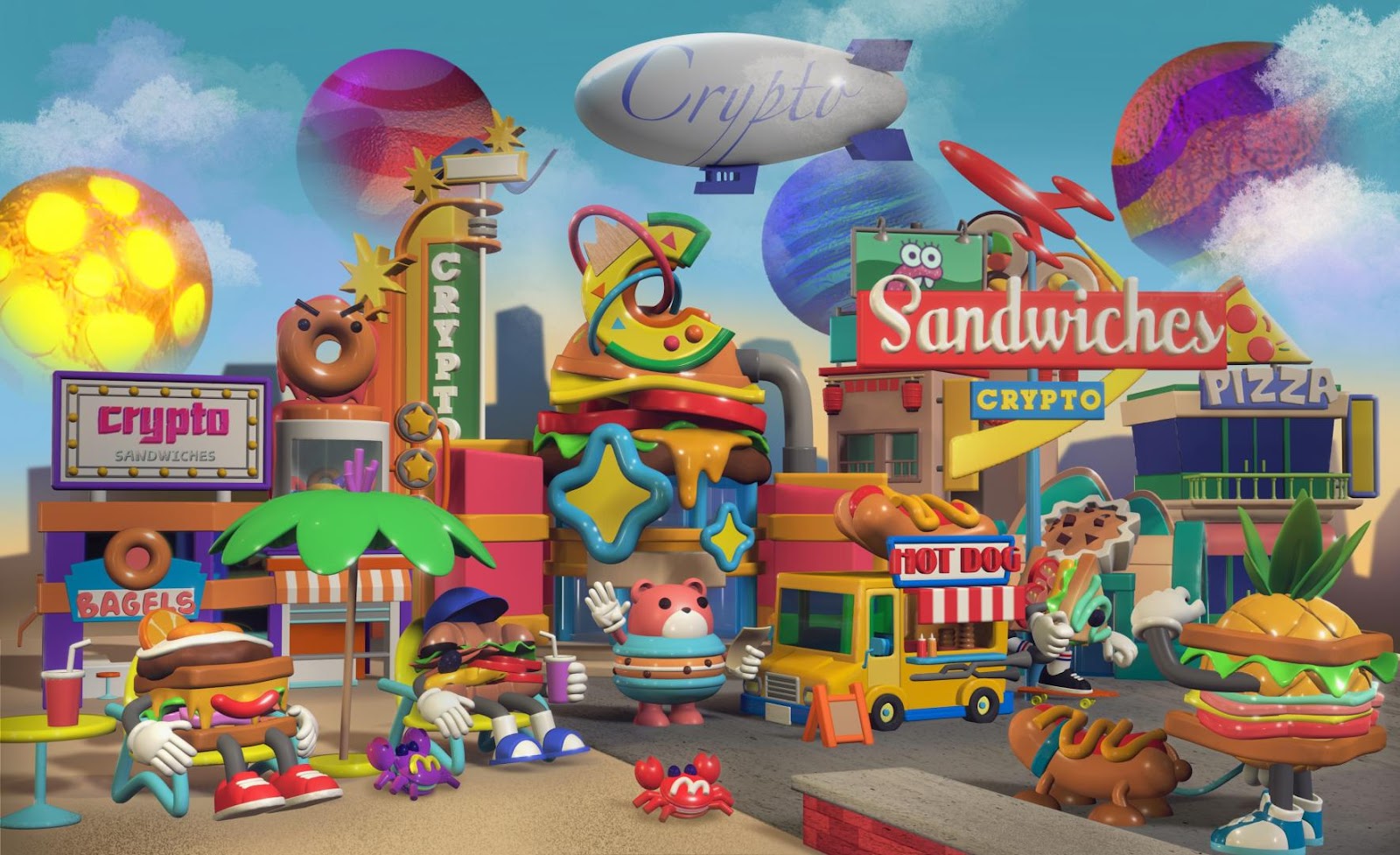 Designed for both crypto newbies and experts alike, the game combines entertaining gameplay with simple rules that works magic. Players can look forward to play the official version from the CryptoSandwiches homepage and enjoy an impressive P2E gaming experience.. The Sandwiches heroes on the platform are all NFTs that can be synthesized and battled. Materials for getting ready the food-shape warrior can be collected from Big Belly Boxes on the planet. And they are all minted onchain in real time when opened. While the initial version of CryptoSandwiches is a slim package, they mean it by piling all rules, algorithms, blind box drop rates within the BSC chain. Touted as “fully onchain”, DappRadar and other rating/reviewing institutes can keep an close eye on their future updates as promised.

Virtual land price is shooting through the roof. Despite the fact that Sandbox and Roblox are leading the booming megatrend, $13,000 a land piece is literally costing users a villa, thus are simply pricing out the great majority, which sounds much too surreal for a so-called web3 project. On the other hand, CryptoSandwiches are inventing new access for investors/gamers to build passive wealth without burning a finger. An early version of the virtual land system called Tablecloth Grids is ready to go. The tablecloth is a battlefield where the magic fight against the infected takes place and synthesizing a hero through alchemy will pay CHI coin to the owner of Tablecloth. The tablecloth system of the game boasts of highly usable split ownership and handsome income from the passive earning of renting, which separates itself from its counterparts.

A big picture of a full-bloom metaverse

The whole series of Tasty Galaxy games can grow into a bundle of great IP resources that appeals to catering industry like fast food brands, such as McDonald's, Subway, etc.  The full-functioning virtual space on the Sandwich planet derived from the Tablecloth can be a global online traffic hub that demands a more efficient underlying infrastructure. Beside the game series, the Karllit foundation behind CryptoSandwiches’s back is simultaneously coming up with an enterprise level pub-chain sustaining the Foodverse ecology. Aiming at top blockchain performance and real-time scalability, the project paints a future web3 infrastructure that can accommodate booths and stores as committing nodes of their future blockchain network. At that time, tablecloths holders continue to benefit from offline catering ecology.

CryptoSandwiches is currently campaigning for their 3nd round IGO. The team is swiftly answering their burgeoning community. Busy with jammed servers and crowding whitelist applicants, the team and their supporters are both seeing a new Axie and Sandbox combined in their mind’s eye.

For more information about CryptoSandwiches, follow the links below: