Functionland is allowing users to be owners in the Web3 era

Functionland aims to disrupt cloud subscription services as part of its vision for a more egalitarian internet.

One of the great hopes surrounding Web3 is the promise decentralized networks show for defending liberal democracy and creating a universally equal playing field that frees users from the so-called “rental web,” in which an outsized share of communication and commerce takes place on closed platforms owned by a handful of powerful Big Tech corporations. 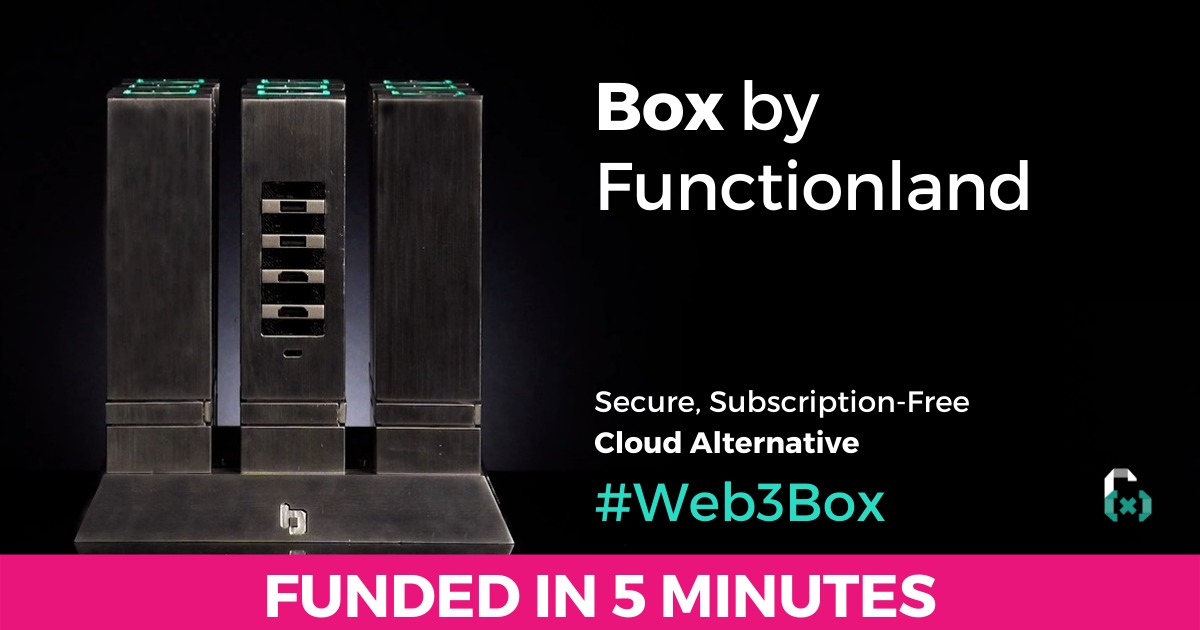 Functionland was created to make this hope a reality. On March 30, when Functionland’s Indiegogo campaign for Box, its debut product, sold out in just under five minutes, the public demonstrated how much appetite exists for this kind of novel solution.

Functionland is a fully remote company that has assembled a team of skilled professionals, including AI researchers, software developers, design and user experience gurus, as well as experts in hardware prototyping, marketing, finance and branding.

“We founded Functionland because we felt increasingly cheated by cloud providers,” said Keyvan Sadeghi, CEO of Functionland. “It’s bad enough that they track our behavior, claim ownership of our private data, and engage in other questionable business practices. For the people at Functionland, everything changed the day a well-known provider changed terms overnight. This provider promised the world free-forever photo storage, then used people’s personal photos to train its AI, then abruptly changed course and started charging everyone monthly fees. That was the straw that broke our collective back.”

In response, Functionland began developing Fotos — a privacy-focused replacement for cloud photo storage that anyone can run for free on a personal server.

“Our Fotos app attracted enormous support. Currently, it’s ranked among the top 3% of GitHub projects worldwide,” said Sadeghi. “But we quickly realized one app wasn’t enough. Personal servers are hard to set up and keep running. Even when they work, they don’t offer the same functionality as the cloud. Meanwhile, free, open-source cloud service alternatives are being held back by the paying problem: As long as there are centralized cloud hardware ’landlords,’ users and developers will be forced to pay rent.”

To solve this problem, Functionland began creating an alternative platform, one that provides the same ease and vast potential people find in the cloud. This solution is Box — low-cost, plug-and-play hardware fed by free, high-quality, open-source software.

Box is an open platform that anyone can contribute to and help design software for; it’s a platform that lets anyone access the system using low-cost, energy-efficient hardware. Functionland’s solution also includes a built-in incentive layer, powered by its FULA token, that turns the paying problem on its head, allowing open-source developers, user-experience designers and content providers to earn for building and creating on the platform. Meanwhile, users get those services for free and are given an opportunity to “sell” extra storage on their individual Boxes back to the broader community.

“We believe that together, we’re stronger,” said Sadeghi. “We believe in the power of people. That’s why we’re creating a people-owned network.”

It’s an appealing vision of the future — a Web3 that is fair, functional and affords everyone the freedom to evolve.

Functionland’s Box is currently available to preorder on Indiegogo.