Today, Michael Cameron, CEO of Game Space, announced the release of one of the first GameFi-as-a-Service (GaaS) platforms. Game Space also announced that it had received more than $7 million in financing in a round jointly led by top-tier venture capitals, listed gaming companies and top-tier exchanges. 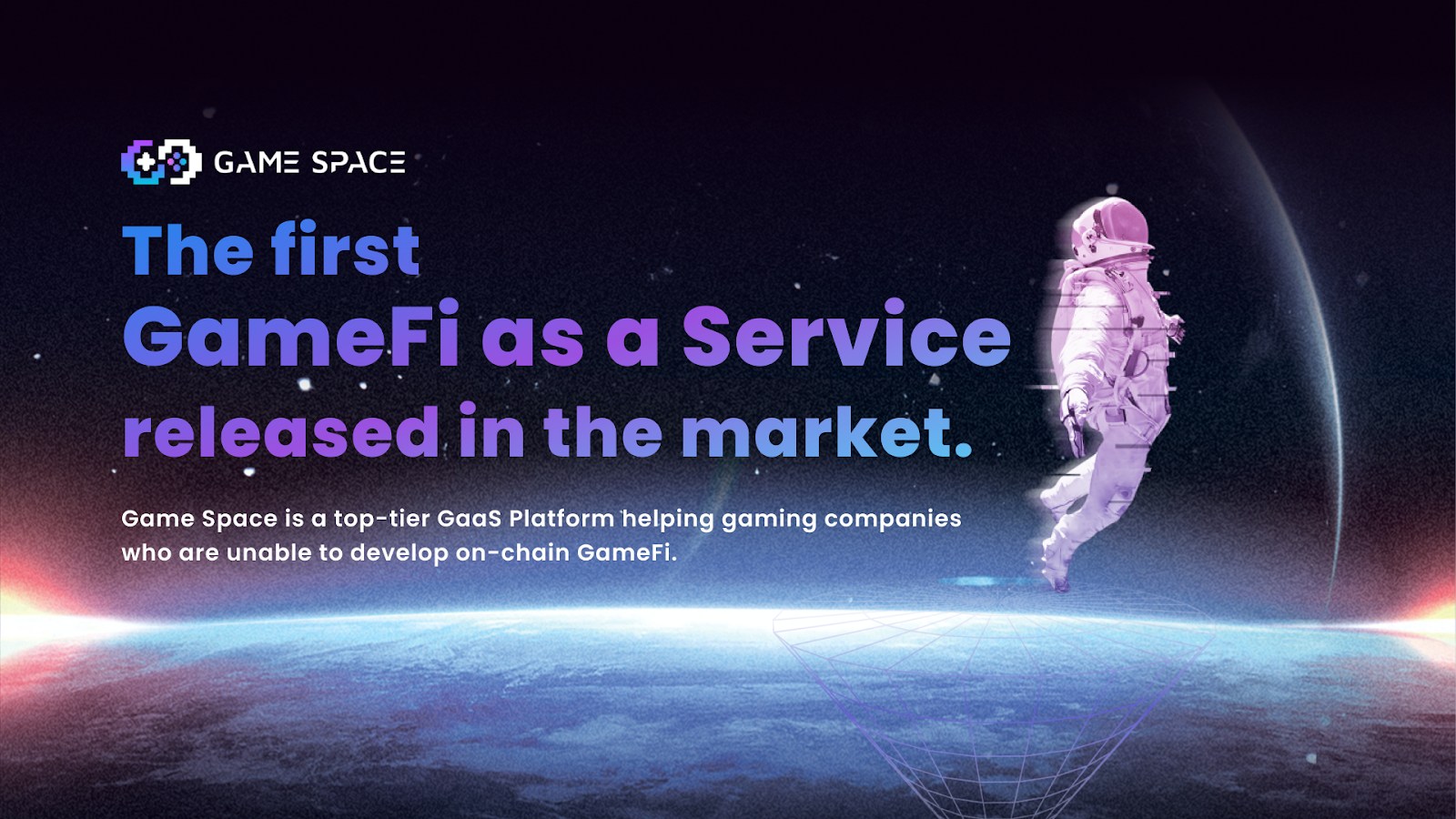 Game Space focuses on being a one-stop solution for triple-A gaming studios and titles and SDK integration in one line of code. It features a nonfungible token (NFT) exchange engine embeddable in games that has helped the GameFi project shorten its launch time by up to six months, greatly reducing the threshold for gaming companies to enter Web3 and ensuring no limitations for its partners.

Game Space has a flexible tech stack that is compatible with Ethereum Virtual Machine (EVM) and non-EVM public chains. The Game Space system allows SDK integration to work with any gaming engine, resulting in no restrictions or incompatibility with current games on the market. Game Space strongly believes GaaS represents the next stage of Web3 growth.

According to DappRadar, capital invested in GameFi in 2021 is 5,000% higher than in 2020. In 2022, more than $6 billion has already been raised in the GameFi industry for companies such as Mobox, The Sandbox, Epic Games and others. 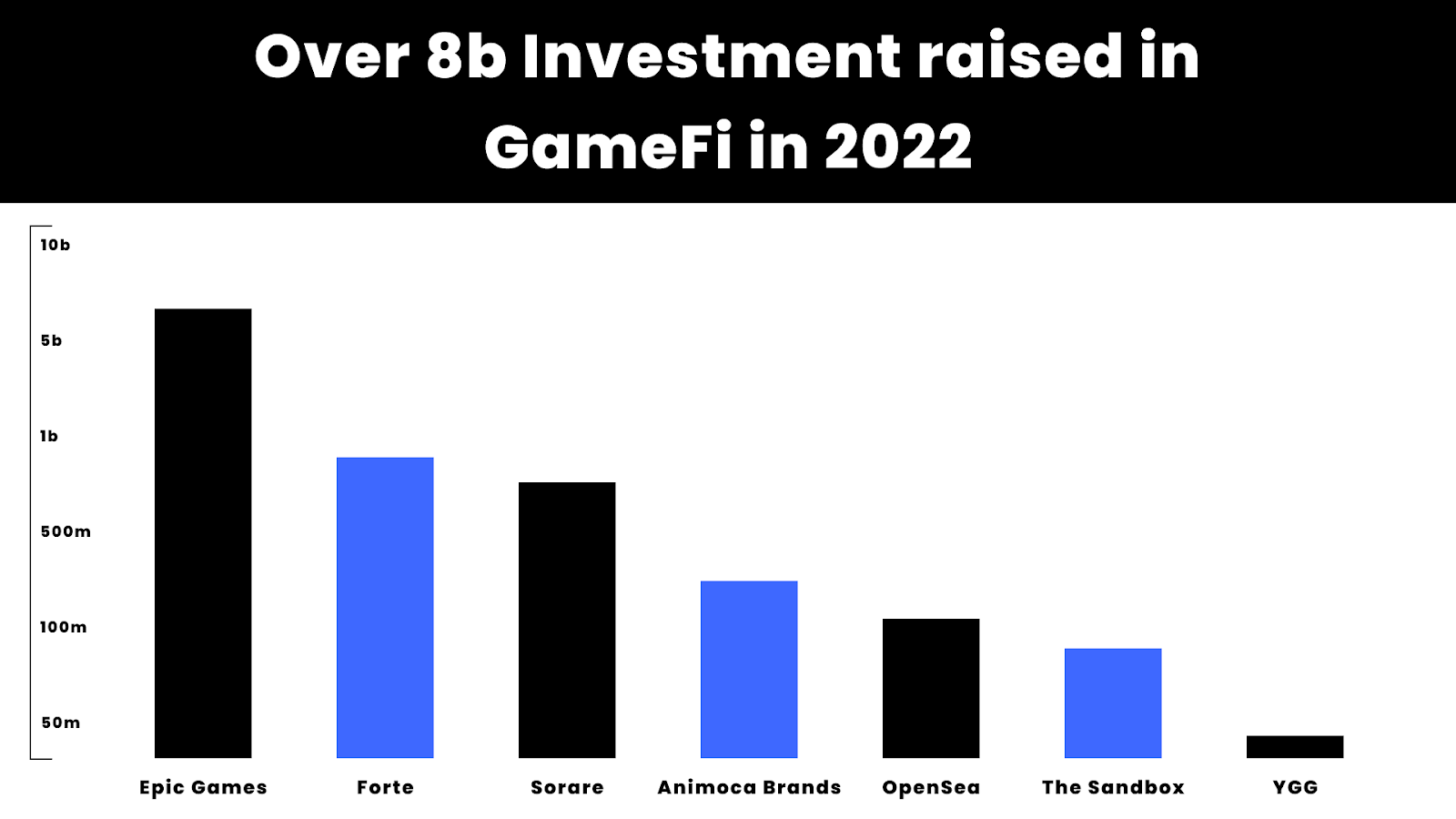 OpenSea, Rarible and other top-tier NFT marketplaces have disrupted traditional Web2 services. The same thing is now happening with Game Space, which is providing gaming companies with a fast and cost-effective GaaS platform that can help Web1 and Web2 games transition smoothly to Web3.

Why use the GaaS model?

Instant gratification is a big driving force behind the adoption of Web3. Companies want frictionless access to core services that someone else delivers and maintains, including the desire for personalization and access instead of ownership. Further, the GaaS model is democratizing business functions. Businesses do not need to spend time and money to build up departments or software. Now, they can deploy ready-made GameFi games.

With the GameFi industry being successful, it’s clear why Game Space has had so much success in raising an initial financing seed round of more than $7 million from accredited investors, with its current seed round ending in the third quarter of 2022 and its private round open until the fourth quarter. Due to this, Game Space has the resources to work with large triple-A gaming studios.

Gaming companies cannot upgrade their systems to Web3 quickly enough to keep up with market demand; users expect change and new content instantly. The reason for Game Spaces’ early success is its ability to work with triple-A studios to help them upgrade their games to Web3 in a matter of days and add or remove what is needed quickly. Game Space has helped move traditional gaming companies to GameFi applications with its GaaS software fitting the needs of every business and consumer.

How Game Space is compatible with gaming

Cameron said that the Game Space GaaS platform has been in development for more than a year. The new funds will be used to continue the development of the project, including the second phase of the NFT exchange engine, multichain deployment, an enterprise admin panel, gaming decentralized autonomous organization components, cross-game NFTs and more.

Game Space is a way for businesses to focus on what they are best at while outsourcing other aspects. It acts as a plug-and-play system so companies can choose the business services they need and forget the ones they don’t. Game Space is the next step in GaaS evolution and will continue to connect and collaborate with great businesses and gaming guilds worldwide.

Game Space has already signed a strategic cooperation with a number of listed game companies, and several triple-A-rated gaming titles are already testing access to the Game Space GaaS system. Many of the titles have more than 10 million users in markets such as Southeast Asia, Japan, South Korea and South America. These games are expected to complete the chain reform in the second quarter of this year and release blockchain versions of their games in 2022.