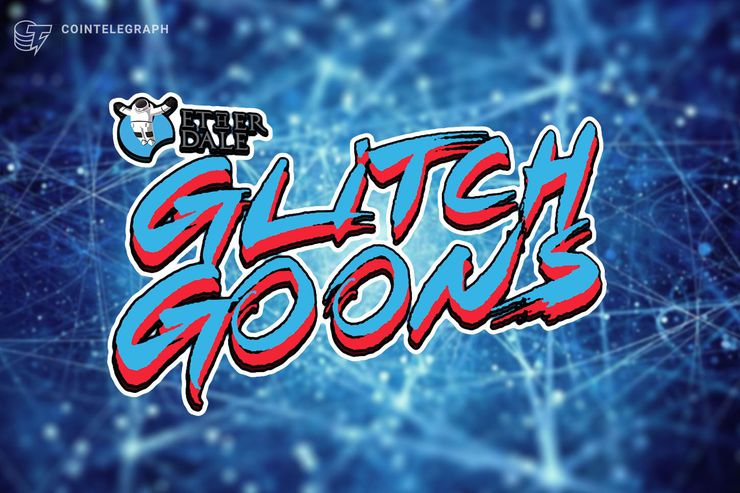 The new mobile fighting game Glitch Goons by a well-known blockchain game developer Ether Dale (they have previously created Ether Quest, the fantasy RPG), announces the pre-sale. The main feature of the game is the fights between cybernetic animal-humanoid characters in a futuristic post-apocalyptic world. Glitch Goons is one of the very few games on the market, supporting a whole range of cryptocurrencies, which makes it multi-blockchain.

Glitch Goons features a futuristic vaporwave saturated atmosphere, cybernetic animal-humanoid fighters and advanced character management combat system.  All Glitch Goons players will have a chance to compete in real prize tournaments. However, Ether Dale developers stress that those who help support the game by investing in pre-sale packages will have an advantage when it comes to fighting with high rarity gear.

The Glitch Goons pre-sale started on October 22nd and will run for 3 weeks. Players and investors have the opportunity to purchase a variety exclusive item packages with a generous discount from 50% to 90%. Each item chests contains five random but unique gear items, which may include: Armor, Boots, Gloves, Helmets, Pants, Mods (Chips), Necklaces, and Weapons. These items range in rarity from common, Rare, Epic, to Legendary.

There are 5 unique sets (out of 30) distributed between the chests - Cosmic, Fusion, Crimson, Shining, and Ancient. Having only two items of the set already gives the player a generous bonus to his fighting skills so we can only imagine what gives the full set if obtained. The cost for the item chests varies from 0,5 ETH to 10 ETH. These items will not be duplicated or sold in the in-game shop ever again.

Also up for grabs are packages of GameCoin (GC) tokens issued by Ether Dale (an ERC-20 based token) – these coins will be used as a hard currency in the game at the time it releases in November 2018. GameCoins are represented in two selling options – a Gamer pack  (4,000 GC) at the cost of 10ETH and a very exclusive investor pack of 1,000,000 GC that is available for 500 ETH. All the revenue gained during the pre-sale stage will be used for the in-game tournaments prize pool and can be won by any player of the game. Though the owners of the pre-sale gear will have a higher chance of winning because of the higher stats and power of their gear.

To learn more about Glitch Goons and the pre-sale visit https://glitch-goons.com.

Ether Dale produces unique games, based on blockchain smart contract technology. The team currently consists of more than 20 specialists well-versed and experienced in all aspects of the video games industry. Ether Dale takes an innovative approach to the work, combining balanced game dynamics with user-friendly management of blockchain assets, effectively blurring the boundaries between an exciting game and a full-on financial instrument.

To know more about Ether Dale and its products, visit us at: