GXT got listed on Bitfinex Exchange as 174th tokens

GXT (Gem Exchange and Trading) announced its listing on Bitfinex, which is widely known as a prestigious cryptocurrency exchange, on July 1 (10 am UTC). And now, there is a growing interest among users.

Bitfinex is well-known as a pioneering cryptocurrency trading platform. It has maintained its reputation as a major exchange for nearly 10 years since its establishment in 2012. According to Normics and CoinMarketCap, Bitfinex was evaluated higher than other exchanges in the aspects of credibility and operational stability. Bitfinex is known as a challenging exchange on which to be listed. It only has 173 listed stocks. 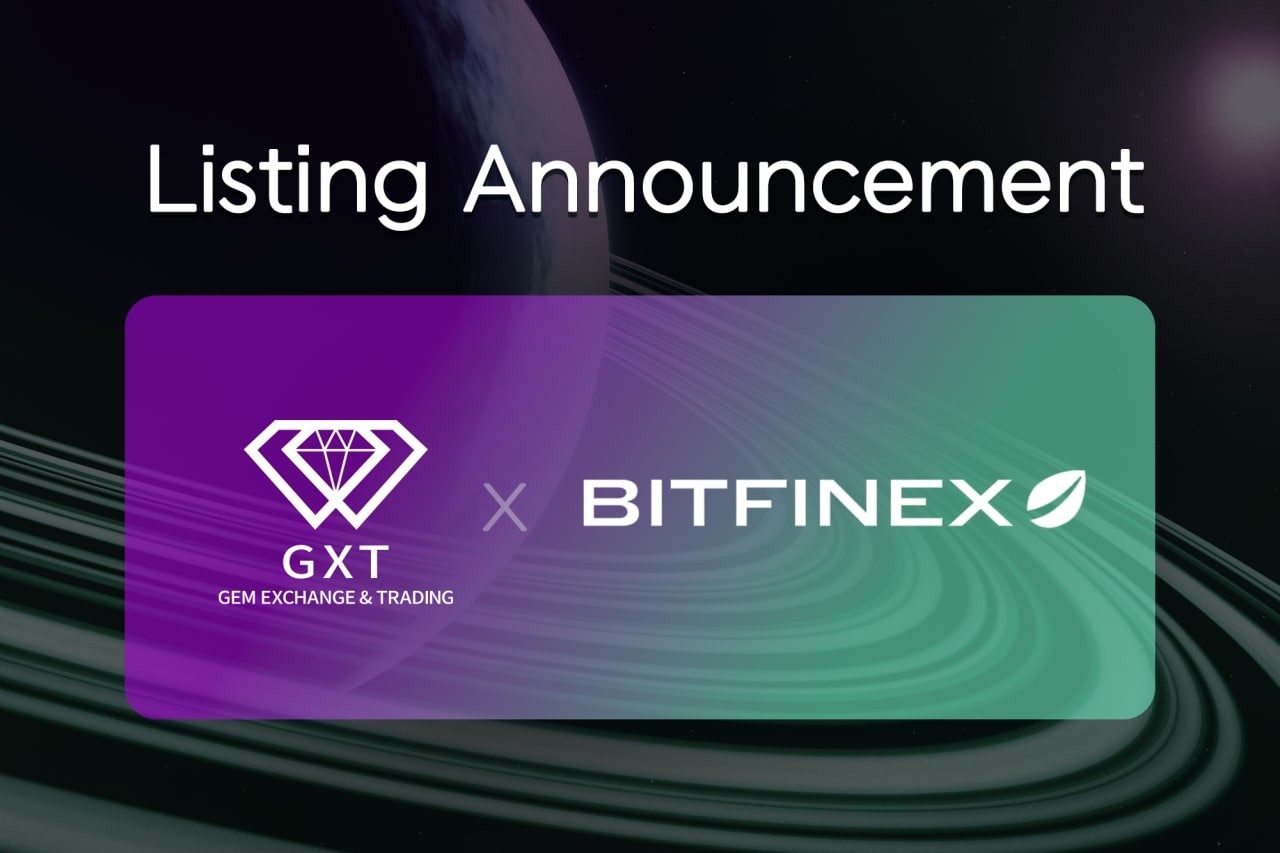 GXT said, "We believe that GXT’s listing on Bitfinex means that GXT has received an extremely high credibility." Starting from the diamond NFT platform, GXT is currently working on various updates to improve its service.

GXT said, “It is our honor to be listed on Bitfinex who recognized our potential at a time we are striving for a big leap for the next step,” adding “After this update, we will endeavor to be a pioneer in a new field to increase the utility of token.”

According to GXT's roadmap, GXT will focus on expanding its diamond NFT platform business this year. The NFT game is scheduled to be released in 2023. In 2024, there is a plan for a metaverse project using jewelry as a motif. Regarding this, GXT said, "We always discuss how to establish  our own identity to be more attractive."

GXT actively participates in offline events in each country as it continues its journey. GXT will actively engage with the public by participating in various events. GXT already participated in NFT Seoul last and Crypto Expo so far. Participation in blockchain events scheduled in Dubai and the United States is also being discussed.

Bitfinex also has high expectations for GXT's listing. Bitfinex said, "GXT’s listing will increase the value of GXT and will be a great opportunity to attract new users." Bitfinex head of tokens Henry Child said, "We welcome GXT as part of the Bitfinex family. From now on, Bitfinex will always be together with the future development of GXT.”

Meanwhile, GXT will be listed as an ERC-20. Various events that will be held after the listing, like Telegram Takeover or a deposit competition, have been scheduled ahead of time.