As the crypto digital market continues to grow exponentially, Ether (ETH) mining is becoming the focus of more and more new players. This strategy provides, for the most part, a relatively stable cash flow and return period, thus delivering margins that exceed those produced by traditional market actors.

HashFi, a new corporation with a new approach, offers a comprehensive hash rate mining platform with a dual-token ecosystem, adapting to various demands of all participants. 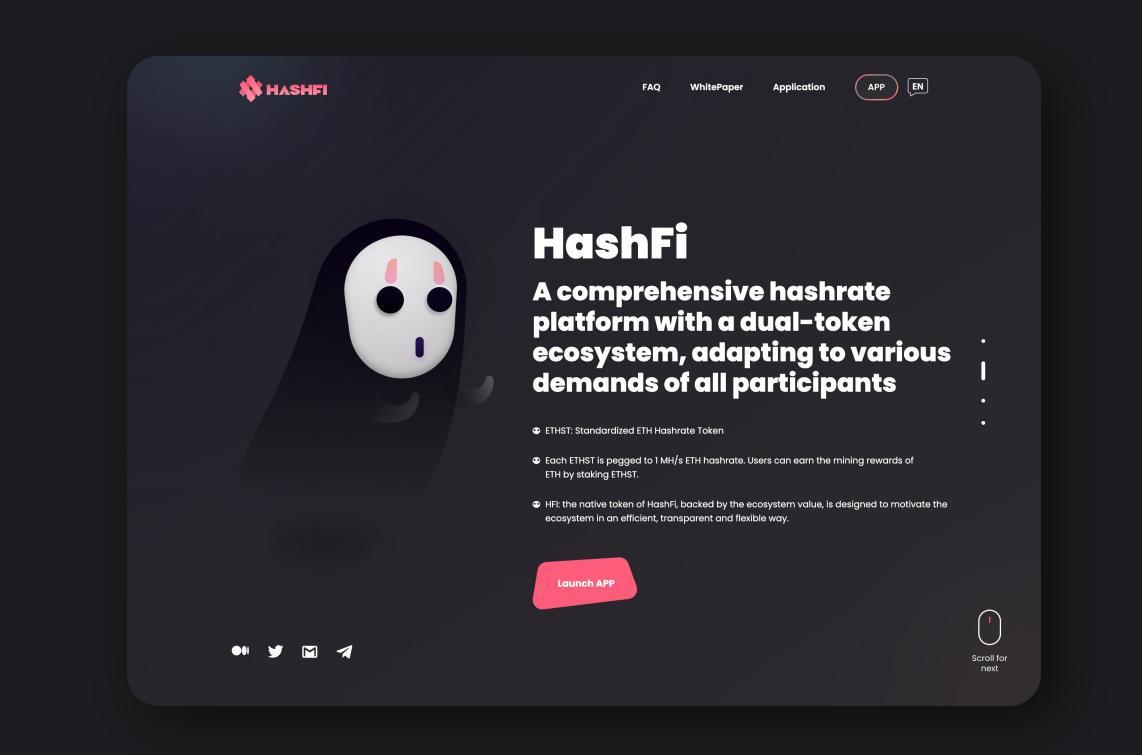 What is hash rate? It’s the total combined computational power that is being used to mine and process transactions on a proof-of-work blockchain, such as Bitcoin and Ethereum. HashFi’s strategy focuses on optimizing the hash rate to enhance the mining capabilities.

ETH mining is the process of creating a block of transactions that are added to the Ethereum blockchain. Ethereum, much like Bitcoin, currently utilizes a proof-of-work decentralized consensus mechanism. This requires members of a network to solve an arbitrary mathematical puzzle to prevent anyone from gaming the system.

This process, however, is extremely complex, even after nearly 10 years of research and development. It’s just not a field for amateurs or even ordinary investors. Barriers to successful mining include a lack of expertise in the multi-faceted technology as well as capital concerns.

HashFi addresses these barriers by using a dual-token model that involves ETHST, a standard hash rate token. Each ETHST anchors 1 megahash per second and a power consumption ratio of 3 watts per 1 million hashes of Ethereum computing power, which is used to obtain ETH mining revenue.

Users who purchase ETHST hash rate tokens can choose to stake ETHST to earn mining revenue, while getting transaction fee dividends as an ETHST-USDT liquidity provider, and get HFI rewards by staking liquidity providers.

Also in the mix is HFI, a platform token that uses the decentralized finance module to achieve high efficiency as well as transparent and flexible ecological incentives. DeFi, which regulates financial services on public blockchains, is critical in this regard.

HashFi’s revenue model is based on:

The dual-token model creates a more balanced solution. It’s difficult for the single-token system to maintain the anchor between the price of a hash rate token and the intrinsic hash rate value. While this has the potential to provide abundant profit opportunities for arbitrageurs — those who exploit price inefficiencies by making simultaneous trades that offset each other to capture risk-free profits — it’s extremely risky for ordinary investors.

The average investor seeking stable mining returns could experience tremendous market volatility risk, a significant barrier to participation. Thus, a balanced hash rate token solution that satisfies the demands of all parties will open up new opportunities for the market — HashFi’s ultimate goal.

On this basis, the strategy of hash rate tokens is inherently viable. By combining with DeFi applications, users can obtain their mining income and conduct real-time transactions of buying or selling the hash rate, offering significantly higher liquidity when compared to cloud hash rate products.

ETHST is the standard computing power for tokenization, and there is no upper limit on the number, but all ETHST tokens are converted on a one-to-one basis from the actual computing power held by HashFi. Under the guarantee of the cooperative mining pools and the HashFi Foundation, each ETHST anchors 1 MH/s and a power consumption ratio of 3 Wh/M of Ethereum computing power. 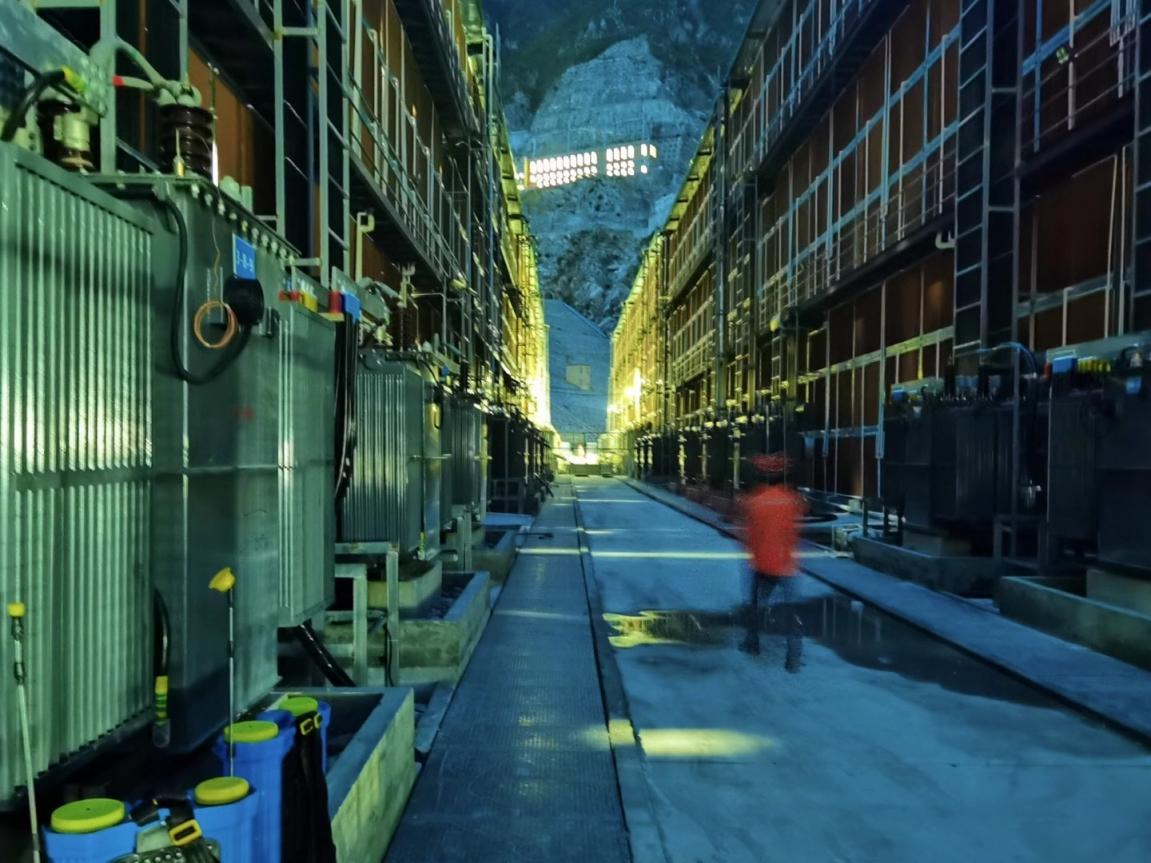 Holding ETHST tokens is legally and functionally equivalent to having the corresponding computing power. A mortgage of ETHST tokens on the chain will enable the holders of mortgage rights to receive ETH mining rewards.

Thus, HashFi brings reliable, efficient and reasonably priced hash rates to platform users as one of its core business goals. A key selling point is the provision of these standardized services for any applicants who require this level of hash rate, enabling them to convert their hash rate into ETHST tokens.

The underlying value of ETHST is the net income generated by using its anchored hash rate to participate in ETH mining. The income is the net value of ETH after deducting electricity fees, mining pool fees and mine custody fees from mining.

How are associated costs calculated?

Basically, the mining net income is equal to the mining output minus the mining pool handling fee and the electricity expenditure/mine custody fee.

The calculation method is as follows:

The mining pool fee rate is 1%, which is directly deducted from the mining income by the mining pool. The mine custody fee includes the cost of the site, labor, etc., and is included in the power efficiency loss at 3%.

The unit price of electricity is $0.075 per kilowatt per hour, assuming that the locked ETH computing power is 500,000 hashes, the power consumption ratio is 0.003 kilowatt-hour per 1 million hashes, and the settlement cycle is 24 hours.

The HashFi Foundation will deduct the ETH required to pay the electricity bill from the mining income according to the average price of ETH on the day and disclose the specific implementation on the official website.

Finally, considering the power supply and maintenance of the mining machine, no more than 10% of the downtime for maintenance per year is allowed. The total governance token HFI is fixed at 10,000,000 and the distribution is as follows:

HashFi has been collaborating with three major mining machine manufacturers to maintain a consistent hash rate supply. Backed by high-quality mining farms worldwide, HashFi can ensure the sufficiency of hash rate and stay impervious from the lack of electricity. Meanwhile, with the world’s top five mining pools being part of HashFi’s story, the mining earnings are stable and guaranteed.