In traditional pay-to-play gaming, a user needs to pay for unlocking special features of the games or certain levels, characters, heroes, or weapons.

What if users could play immersive games and be paid for them? What if centralized game firms lose the profit to users? What if you could own in-game objects and earn from them tokens with real-world monetary value instead of paying for them?

Enter HeroPark, a GameFi-based platform that creates a gaming ecosystem for play-to-earn (P2E) by combining traditional gameplay with modern decentralized finance (DeFi) tech such as blockchain, nonfungible tokens (NFTs) and creating its own gaming metaverse. 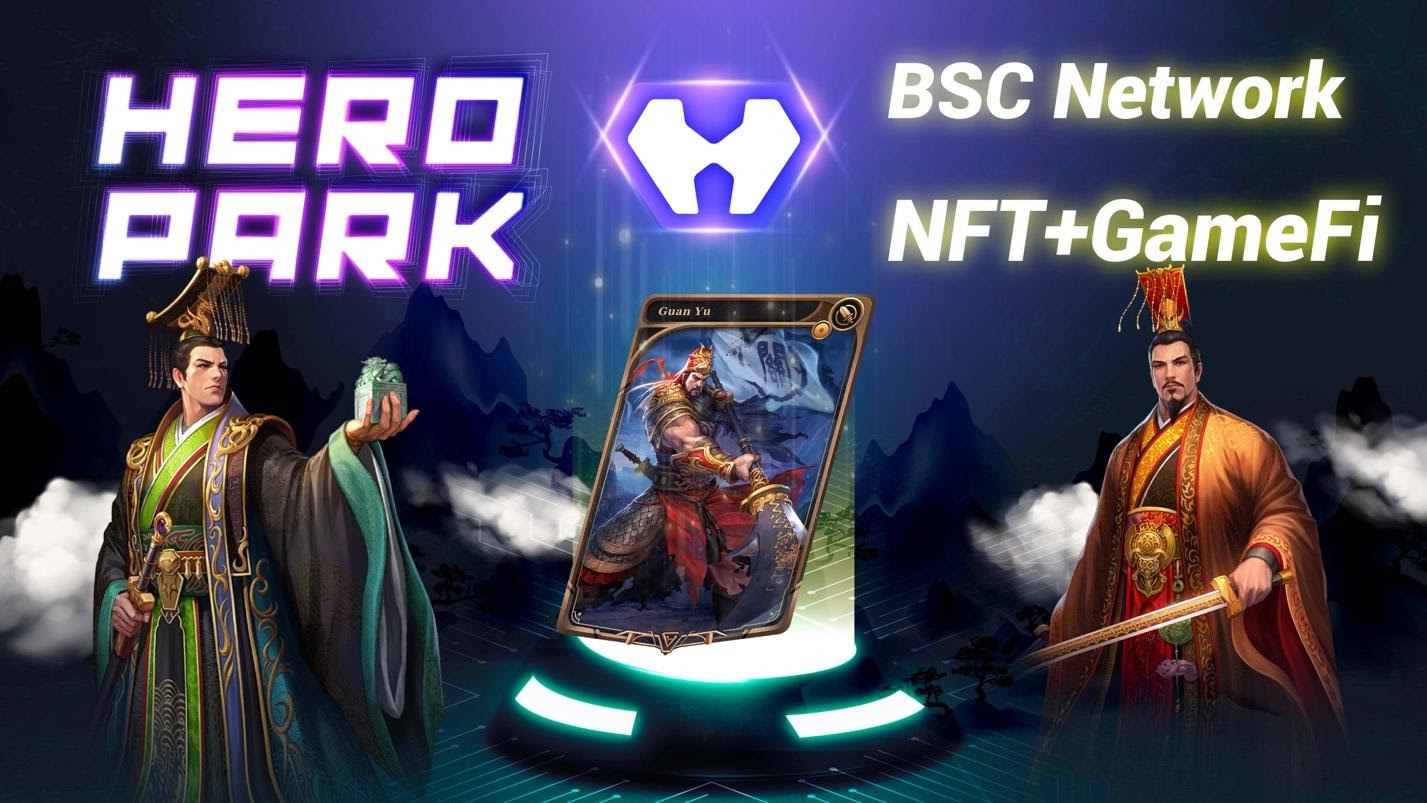 So what exactly is HeroPark?

HeroPark is revolutionizing modern-age gaming by integrating DeFi and NFTs with blockchain gaming, and in doing so, creating an ecosystem where users can play-to-earn instead of play-to-win.

The key motivation behind HeroPark is that it strives to empower both the gaming users and developers within the ecosystem. In the HeroPark ecosystem, developers get the chance to leverage HeroPark infrastructure to tokenize their gaming projects, raise funds, offer NFTs and, in the process, create revenue streams for themselves. Similarly, users can play multiple games whereby they can earn passive income through NFTs collection, gameplay and getting rewards from the play-to-earn. By integrating GameFi with HeroPark, users also get DeFi features such as staking, farming, NFT minting and trading.

Hero Crush, the first NFT Game within the HeroPark ecosystem

Being the first game in the HeroPark ecosystem, HeroCrush is a 3D war strategy game with different Hero characters as commanders and each Hero with an additional specialty to lead one to three formations of the troops. Players may receive rare cards that are only available in the original box or from the in-game store. Considering the rarity of characters and cards and their utility within the game, they have a real monetary value that can be exchanged in the marketplace. For more details about the game, visit the website.

The P2E philosophy of GameFi differs from that of many other online games, which are built on the "pay-to-win" model and require players to purchase upgrades to gain an advantage over their opponents. Instead of paying for victory, you get paid for your efforts in-game.

With HeroPark's GameFi integrations, gamers may combine DeFi (like staking) with HeroPark capabilities. Rather than simply acquiring an NFT as a collectible, HeroPark bridges DeFi and NFTs as a whole. It is focused on establishing a consistent level of demand and utilization for every specific NFT to guarantee value for adoption in the gaming industry.

Strategic partnership with Coolbitx and Certik

Despite being a newly launched project, HeroPark is expanding its network of strategic partners quickly. A week ago, it formed a strategic partnership with Coolbitx to promote user security by enabling HeroPark users to secure their tokens in a credit card-sized cold storage wallet offered by CoolBitX.

Furthermore, the HeroPark Smart Contract is also audited by Certik, a leading solidity audit firm, reports of which can be seen on the website.

HeroPark is offering its tokens in two phases. The first round of pre-sale is already sold out, receiving in total $1.5 million. The next round has been starting since Nov. 18, and tokens will be offered at $0.025 followed by an initial DEX offering (IDO) on a reputed decentralized exchange (DEX), details of which will be shared in the last week of November. Due to high demand, the presale may sell out early, and at the time of writing this article, the presale has already been sold out. For further stability and growth of the token and to avoid initial dump, HeroPark has adopted an exciting strategy, details which are available on the website.

The native token HP will be listed on PancakeSwap, a leading DEX by Dec. 15. PancakeSwap's huge liquidity, features and userbase will allow anyone to trade HP seamlessly and securely

Staking HP on the HeroPark platform

Another exciting achievement that the HeroPark team has achieved is the launch of its staking platform. The proof-of-stake (PoS) protocol allows users to earn passive benefits by locking up their tokens, even for current buyers who purchased during the presale. Staking HP tokens into the HP Pool allows users to reap a 15% staking reserve. From 50 million HP to 80 million HP each month, staking incentives will rise heavily. 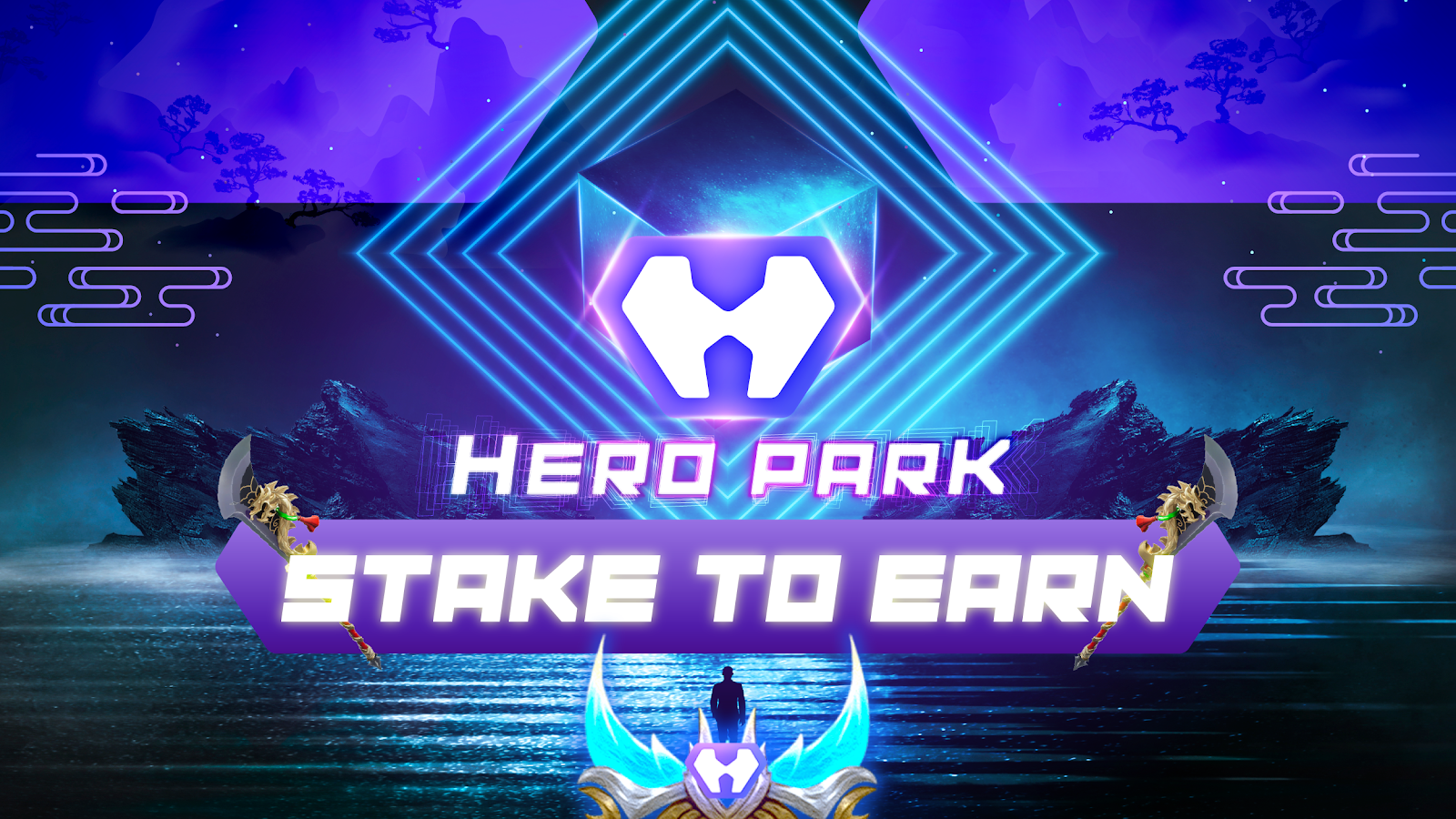 The GameFi revolution is underway

In a world where gaming profits are concentrated within a small number of centralized companies, HeroPark stands out. Power will be brought to gamers rather than executives. As HeroPark helps to usher in the GameFi revolution, the user is the most important stakeholder.

You are no longer the product: You become the owner in the GameFi world with HeroPark.