Blockchain’s made a name for itself in a few notable industries. The first and most obvious is cryptocurrency. But blockchain’s second home is and always has been gaming.

It makes sense that the gaming community would embrace blockchain. They’re into technology and independence, both of which blockchain promises in heaps. Many blockchain games offer the ability to earn cryptocurrency in-game, thereby providing a real-world value. One of blockchain gaming’s key features that sets it apart from the traditional gaming industry is the ability to provide value in one game based on the assets players have accrued in another one.

Blockchain articles are full of big words that can leave anybody scratching their heads. Here is an explanation of it in layman’s terms.

Let’s start with the basics. Blockchain technology itself is famous for bringing transparency to this world. Crypto games, as an integral and extensive part of blockchain, demonstrate the principle of transparency and and keep users' assets in their own wallets. Collectibles (Cuties) are crypto assets and they are shown as Ethereum ERC-721 or EOS tokens.

Transparency is part and parcel here and won’t change with time; it is the system. It also provides the crypto world with benefits which the ordinary world would never be able to fully replicate. For example, within the framework of any non-blockchain gaming project, developers cannot really influence the industry. They are limited by default, and cannot do much in terms of expanding or altering traditional gaming in a meaningful way. By contrast, blockchain games use their transparency to shake the industry, to develop it by building innovations upon public data. Instead of competing they are constantly improving.

One recent example of this phenomenon is Blockchain Cuties’ partnership with CryptoBots. Blockchain Cuties stepped in to run a first-of-its-kind blockchain experiment  providing new added value opportunities for players from other games. Rare limited edition CryptoBot Cuties are offered to CryptoBot players based on the assets they already own, for free.

Blockchain Cuties, a large and rapidly growing crypto game, is the first game to implement this kind of idea. And now with others noting their success, we are likely to see many more following suit.

The nature of CryptoBots is such that users need to hold robots of different generations in their wallets in order to play the game. To participate in this special program players have to register for an account in Blockchain Cuties using the same Ethereum wallet address and email they use in CryptoBots. After successfully registering, users receive a unique achievement and a limited edition CryptoBot Cutie based on the strongest CryptoBot in their collection.

The scope of the project can perhaps be better grasped with numbers: more than 420 CryptoBots players have already joined the Blockchain Cuties game. The experiment went well, leaving every player who took part satisfied. CryptoBots players received unique and limited-edition collectibles unavailable to other players and Cuties players, in turn, got new people involved in the game so the battles are now even more exciting. 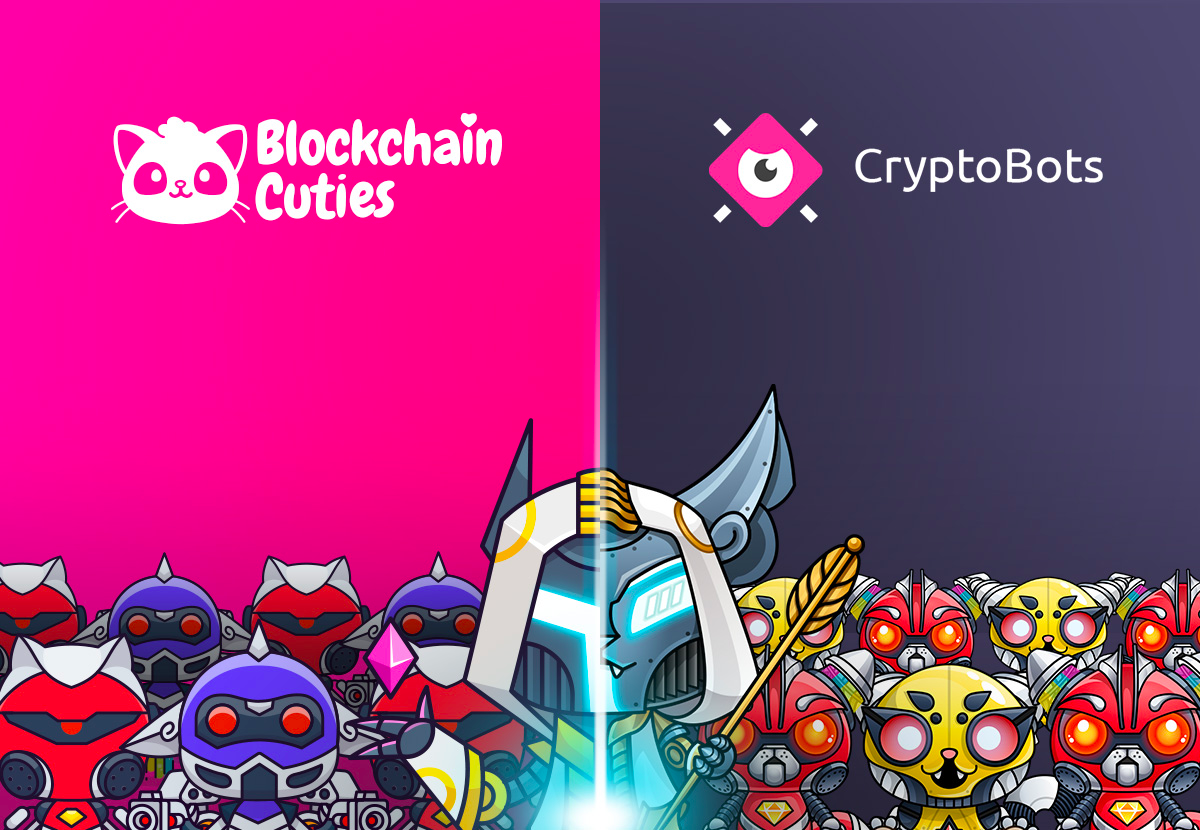 In the end, CryptoBots users got rewarded for the time and energy they’ve poured into their robots by receiving additional game assets in Blockchain Cuties, another cryptocollectible game. That’s just another example of the beauty of blockchain.