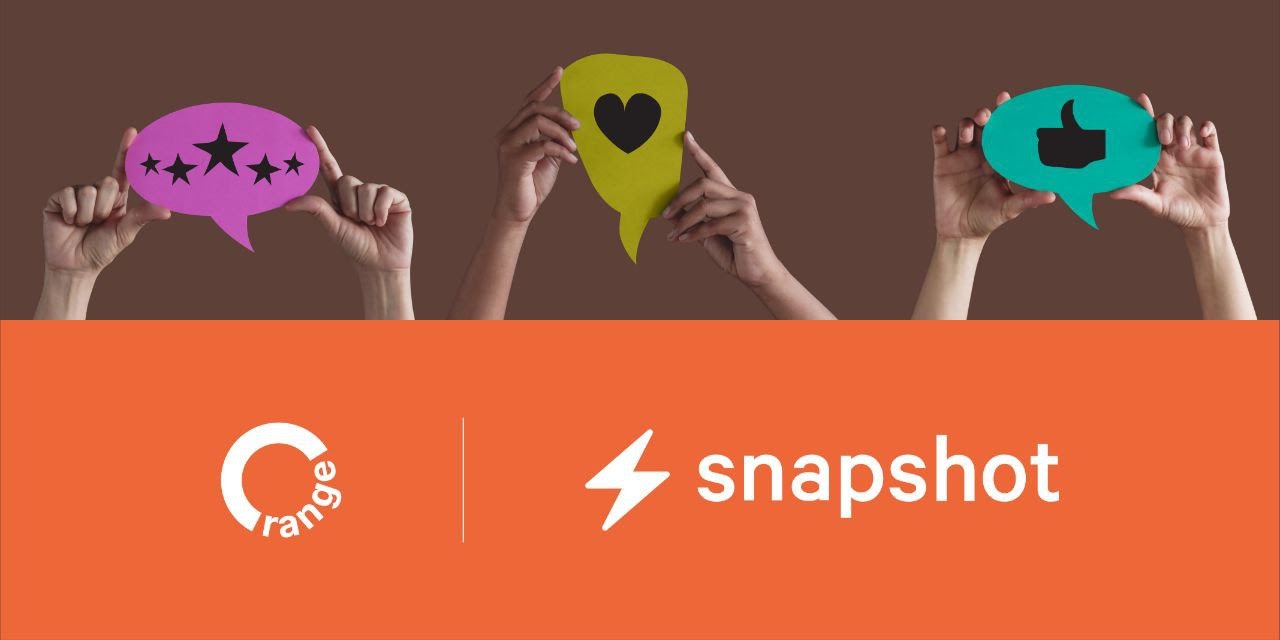 Today, token-based voting is the primary mechanism for deciding the direction of a decentralized autonomous organization’s (DAO’s) growth and development. But there are inherent flaws and inequities in this model that necessitate new solutions to create more equitable and regenerative DAO projects.

That’s why Snapshot and Orange are collaborating to bring reputation-based voting to life, giving the most loyal and active DAO contributors the biggest say. We’re making true democracy a reality in the crypto space.

The year 2021 has most decidedly been the year of the DAO. From layer one protocols to decentralized finance (DeFi) and nonfungible token (NFT) projects, DAOs are playing a critical role in determining the future of just about every blockchain community and the ecosystem as a whole.

But for DAOs, DeFi and NFT ecosystems to evolve, governance tools will need to expand upon the current token-weighted voting parameters. It’s one of the key challenges pointed out by Ethereum co-founder Vitalik Buterin in a recent post explaining the inherent risks, dangers and inequities of decentralized governance (DeGov) and token-based voting.

Snapshot is at the forefront of innovating DAO participation and solving these core issues. And, in combination with Portable Reputation on Orange, we’ll be creating more equitable and customizable participation structures across all DAOs. 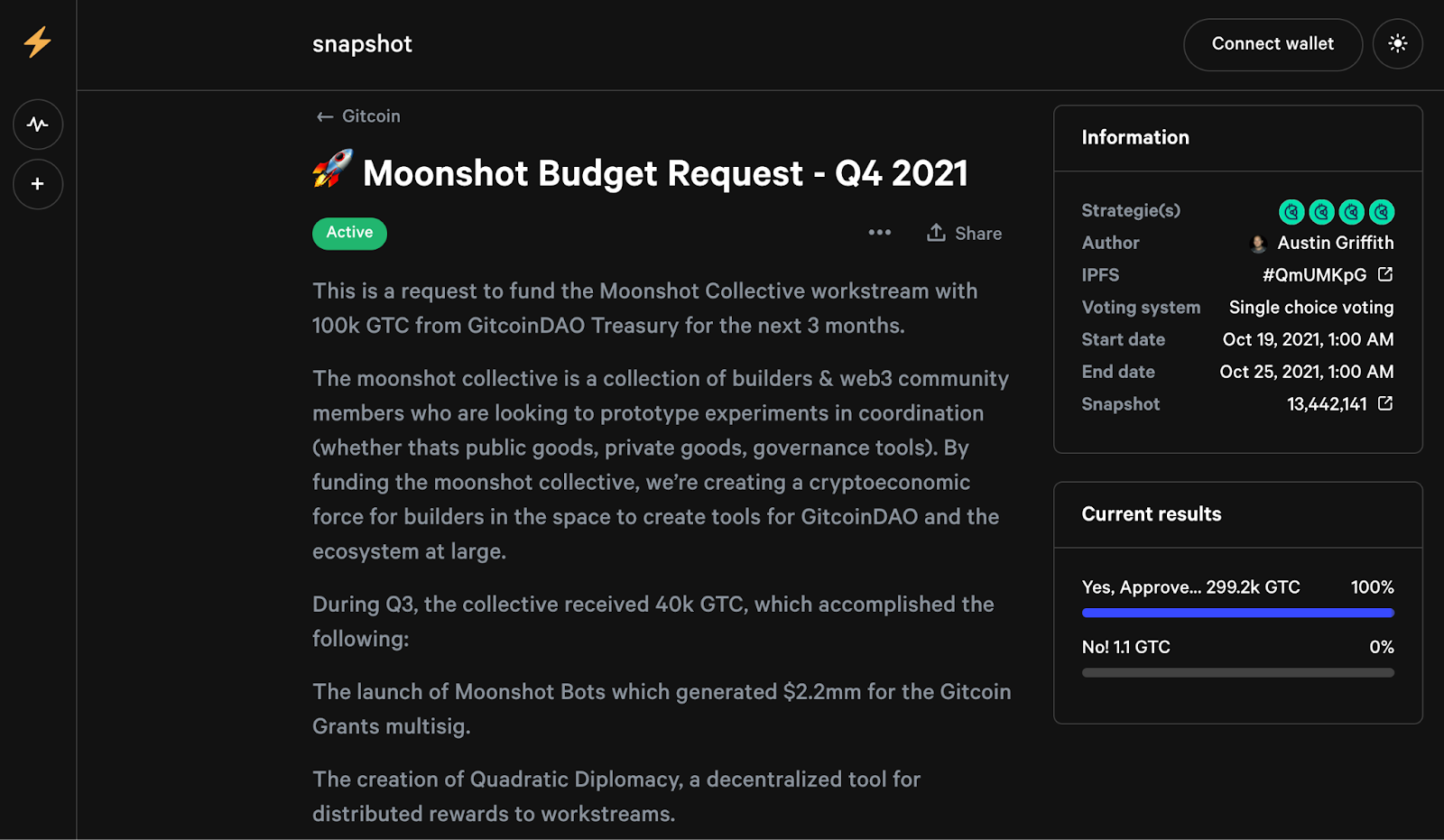 The importance of reputation-based participation

In most DAOs, reputation is everything. Community members and moderators recognize the contributions and engagement of key individuals, and their opinions begin to carry more weight as projects and communities evolve. But this reality is at odds with traditional token-weighted voting standards since currently voting power is linearly tied to token holdings, which requires owning capital. Steps in the right direction have been made with the proliferation of delegated voting power within DAOs, but this model still tends to favor the voice of those who have more money.

This leaves DAO voting susceptible to token holders who are merely speculators or have no intrinsic vested interest in the future success of the DAO. That’s why the importance of reputation-weighted voting is beginning to emerge, as DAOs seek to build communities where individuals are consistently generating engagement, as opposed to a degenerative paradigm, where passive users could accumulate tokens for a short period just to vote solely in terms of their self-interest or not at all.

Combining Snapshot’s expansive DAO voting dataset with the capabilities of Orange to produce customizable reputation reports, resumes and NFTs, DAOs can act as algorithm providers to create voting structures that more accurately reflect the sentiment of the community. Snapshot’s dataset, in combination with Orange, can be used to boost the reputations of users and create their reputation management systems. Applications beyond weighted voting, such as airdrops, DAO membership levels and rewards based on reputation are also on the horizon. 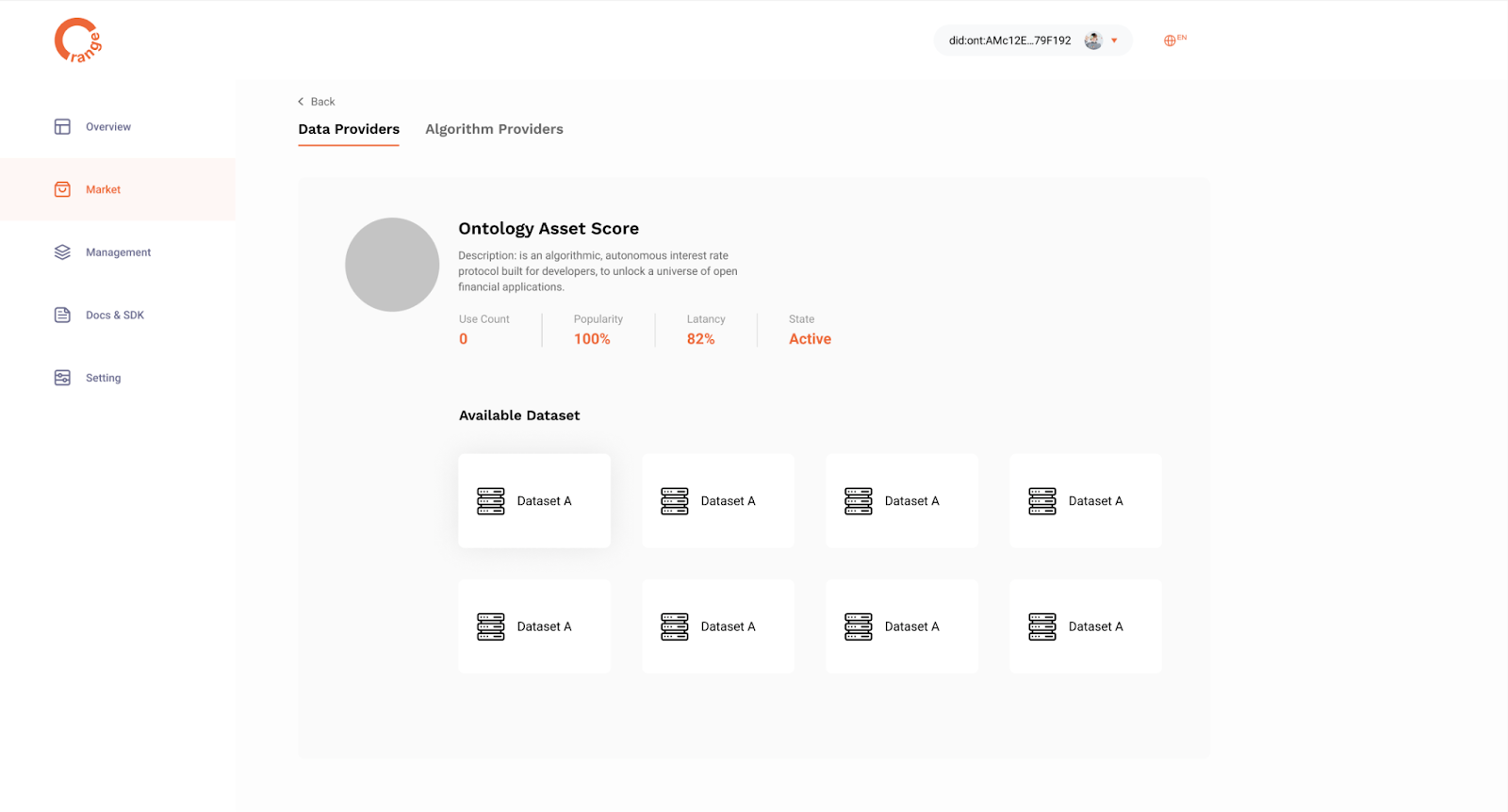 The concept of quadratic voting isn’t new, but until now it’s been difficult to implement in physical-world governance and DAOs. With quadratic voting, an individual’s voting weight is increased not only based on how many tokens they hold but on how many others are voting in the same direction.

For example, 100 tokens-worth of voting power from 10 different individuals collectively is weighed more heavily than 100 tokens-worth of voting power from just one individual. This way, the direction of the DAO is more likely to be determined by the collective decision of the majority of its members as opposed to the decisions of the wealthy few.

Quadratic voting will likely become the standard for reputation-based decision-making in DAOs and Web 3.0 communities.

Another key aspect to how Snapshot and Orange will work together is making DAO voting Sybil-resistant. It’s an unfortunate reality that many communities are plagued with bots or individuals using multiple identities to adversely affect voting. Orange brings the ability for DAOs to verify the identity of each voter, along with their reputation, to ensure that each vote is authentic and that every identity belongs to a committed DAO member.

For instance, an Orange algorithm might issue a reputation verified credential indicating that a certain Snapshot user has more than an 80 percent probability of being a real person. This computation takes into account verification data from sources like BrightID and Idena — along with internal Snapshot data — to determine the activity level of the user. Quadratic voting has already been pioneered for public goods projects by platforms like Gitcoin, but Snapshot and Orange are helping to make the process more Sybil-resistant than ever.

Snapshot has already created an efficient platform for DAO proposals, discussions and voting. And by integrating Orange scores into Snapshot, DAOs will be able to weigh votes based on reputation, rather than token holdings. Instead of wealth dictating who has the most say, a member’s track record and resume of engagement in multiple DAOs will give them a bigger say, promoting a higher standard of democracy than we’ve seen in the crypto space.

Reputation-based voting on Snapshot could also take into account the length of time that users hold specific tokens, giving their votes more weight as well. This disincentivizes pump-and-dumps or individuals simply acquiring a large number of tokens in a short time to disproportionately affect a single proposal. Participation and token holding periods are just two of many factors that DAOs could use when evaluating members’ reputations, resumes or reports constructed by Orange.

Once Snapshot fully implements reputation-weighted voting alongside Orange, this new model will also incentivize users to be more active in DAO governance to boost their reputations. Discords and social engagement will increase, and more meaningful discussions will take place in terms of where projects are headed. And as individuals boost their reputations, Orange will use that data to help construct portable resumes that other DAOs can utilize along with Snapshot to implement reputation-based, quadratic voting.

Moving forward, the goal for Snapshot and Orange is to help DAO communities be regenerative, rather than degenerative. Members will consistently regenerate activity and contributions in DAOs, with a portable reputation as their primary incentive. DAO discussions and communities will therefore gain more depth and engagement over time, as opposed to anonymous users losing interest or large token holders simply not participating in discussions.

Reputation-based voting is the future of Web 3.0 DAO governance. DAOs will be able to know that every voter is a real person and weigh voter commitment and participation over simply wealth. Snapshot and Orange are providing a bridge to more fair, contribution-based DAOs with users that care about their reputation and have the project’s best interests at heart.

The mission of Orange Protocol is building and enabling a trustless, decentralized and portable reputation for the Web 3.0 world.

Snapshot is an off-chain, gasless multi-governance client with easy-to-verify and hard-to-contest results.