UniLend Finance published their protocol update blog introducing UniLend v2. It is stated that with this update, anyone can start lending and borrowing any ERC-20 token, just like anyone can start trading any token on a decentralized exchange (DEX) without permission.

Earlier this year, the Binance Innovation Zone project enabled lending for every token along with flash loans, which has already generated a volume of over $10 million. 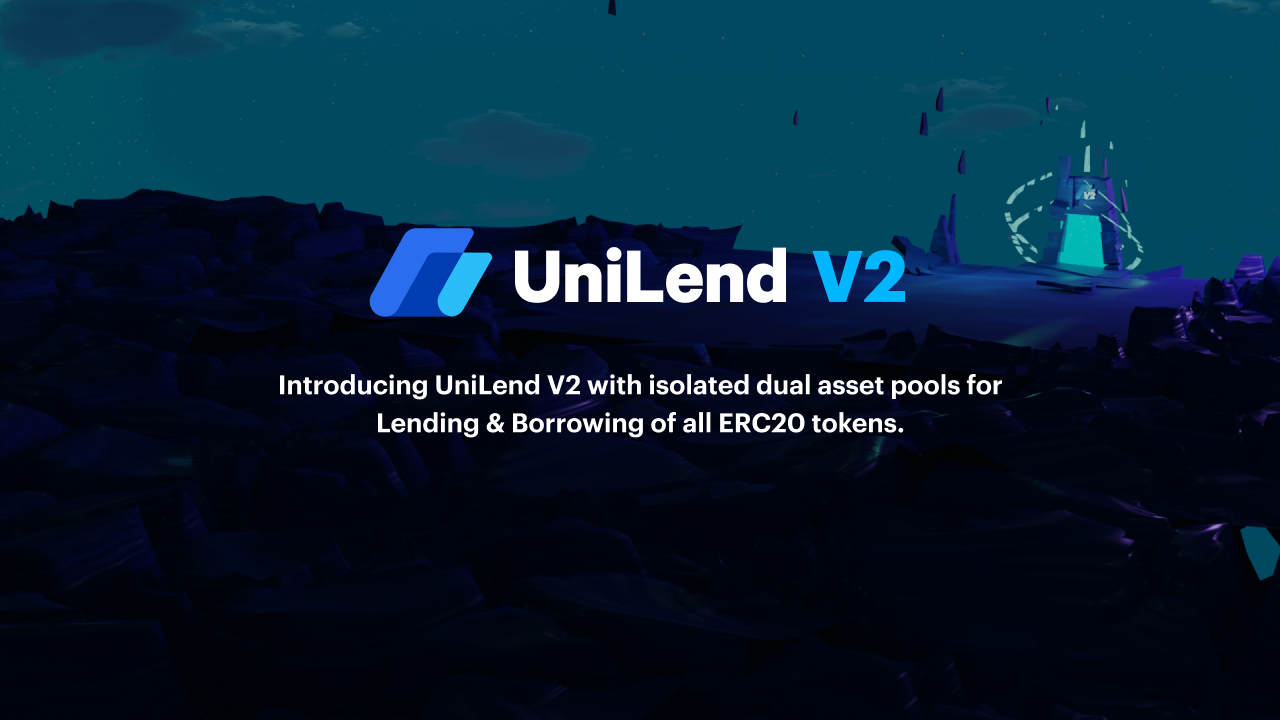 The team published an initial blog explaining various innovative features in their upcoming version, which will equip UniLend to handle lending and borrowing of more than 9000 assets. The protocol went live with the permissionless listing of any token this August. As a result, it already has more than 25 cryptocurrencies live for lending and non-collateralized borrowing through flash loans.

This major protocol update will equip UniLend to tap into the untapped over $500 billion crypto market cap without significant competition. First, let's take a look at the key features of the UniLend v2:

UniLend Finance's v2 is sought as the most decentralized money market protocol by the community. UniLend's v1 is already live on three prominent blockchains: Ethereum, Binance Smart Chain and Polygon, and in anticipation that v2 will also be live on all of them.

Chandresh Aharwar, CEO and co-founder of UniLend, tweeted in response to the excitement around UniLend v2.

UniLend earned its name as one of the promising Indian Projects after Polygon. It is worth noting that Chandresh was leading marketing and strategy at Matic (now Polygon) before co-founding UniLend. When he introduced UniLend last year to the world, the total value of assets locked in decentralized finance (DeFi) was just around $15 billion, which now has grown more than 6x to over $90 billion. The market UniLend is tapping into is soaring above $500 billion from $16.7 billion last year.