In December 2018, we published a white paper describing plans to build an open-source tool called Hummingbot to “decentralize market making” and make professional-grade algorithms and tools available to everyone, though they were previously only available to Wall Street hedge funds. Four months later, we launched Hummingbot. 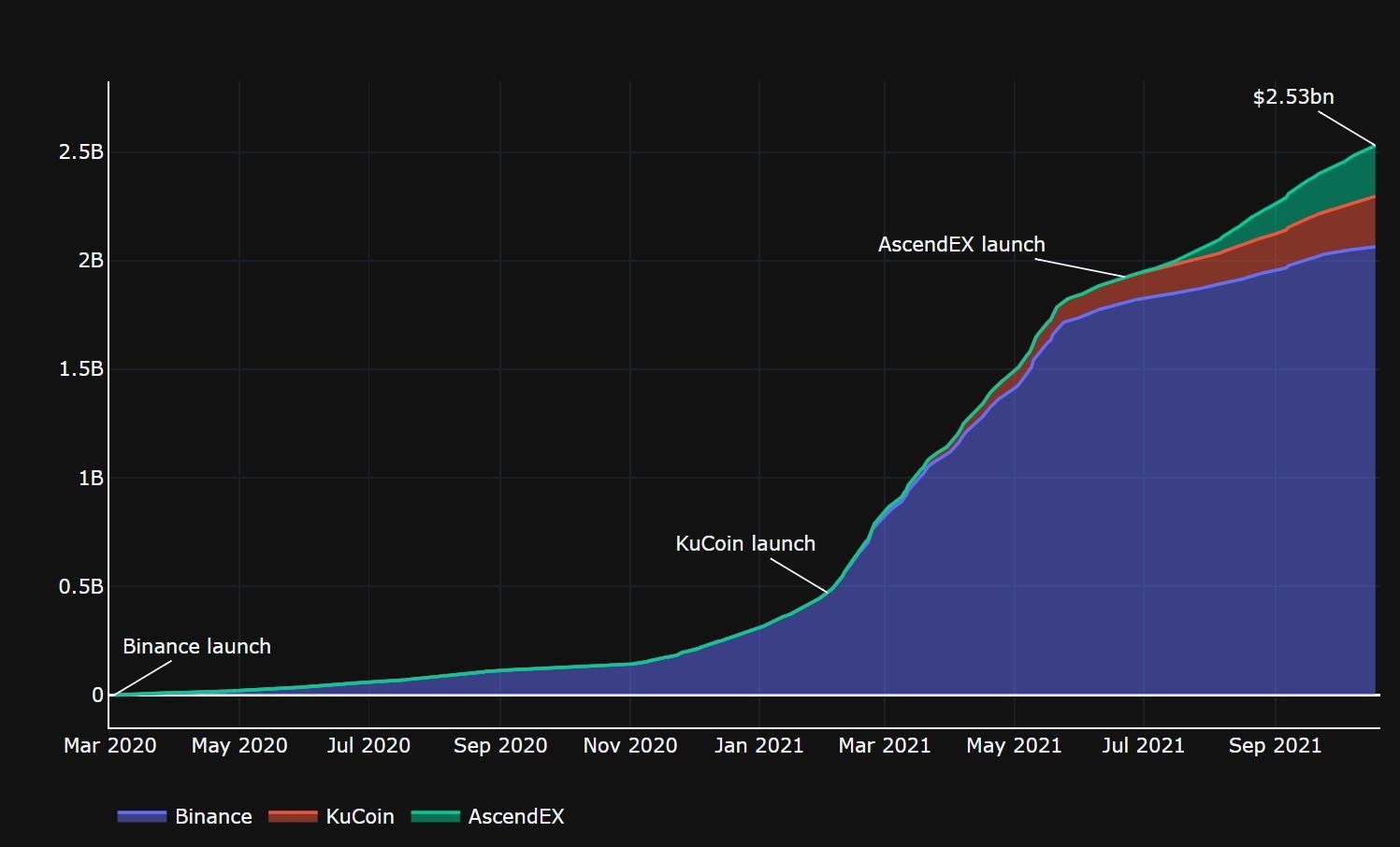 In October 2019, we wrote a white paper that coined the term “liquidity mining” to describe a decentralized algorithmic approach toward compensating market makers. At the time, the crypto market making industry was dominated by hedge funds who charged token projects exorbitant fees.

In March 2020, we launched Hummingbot Miner, a platform that lets token issuers and exchanges source liquidity from a decentralized community of Hummingbot users who run market making bots using their own capital. Since its inception, Miner has been used by over 3,300 individual market makers to fill over $2.5 billion in trade volume for 84 token issuers.

From the beginning, we knew if the Hummingbot project succeeded, the day would come when Hummingbot would outgrow CoinAlpha and stand on its own. That day has arrived. We are proud of what we’ve built, but it’s time to set Hummingbot free.

Hummingbot aims to democratize high-frequency trading with open source software that lets traders run any strategy on every exchange. Like our spiritual predecessor Linux, we believe that a community-driven, bazaar-style model of software development is the best way to accomplish this goal.

Soon, CoinAlpha will establish a new non-profit international foundation called the Hummingbot Foundation, or the Foundation.

The Foundation’s primary role is to coordinate the ongoing maintenance and improvement of the open source Hummingbot codebase via a decentralized set of actors: sponsors, contributors, maintainers and users. 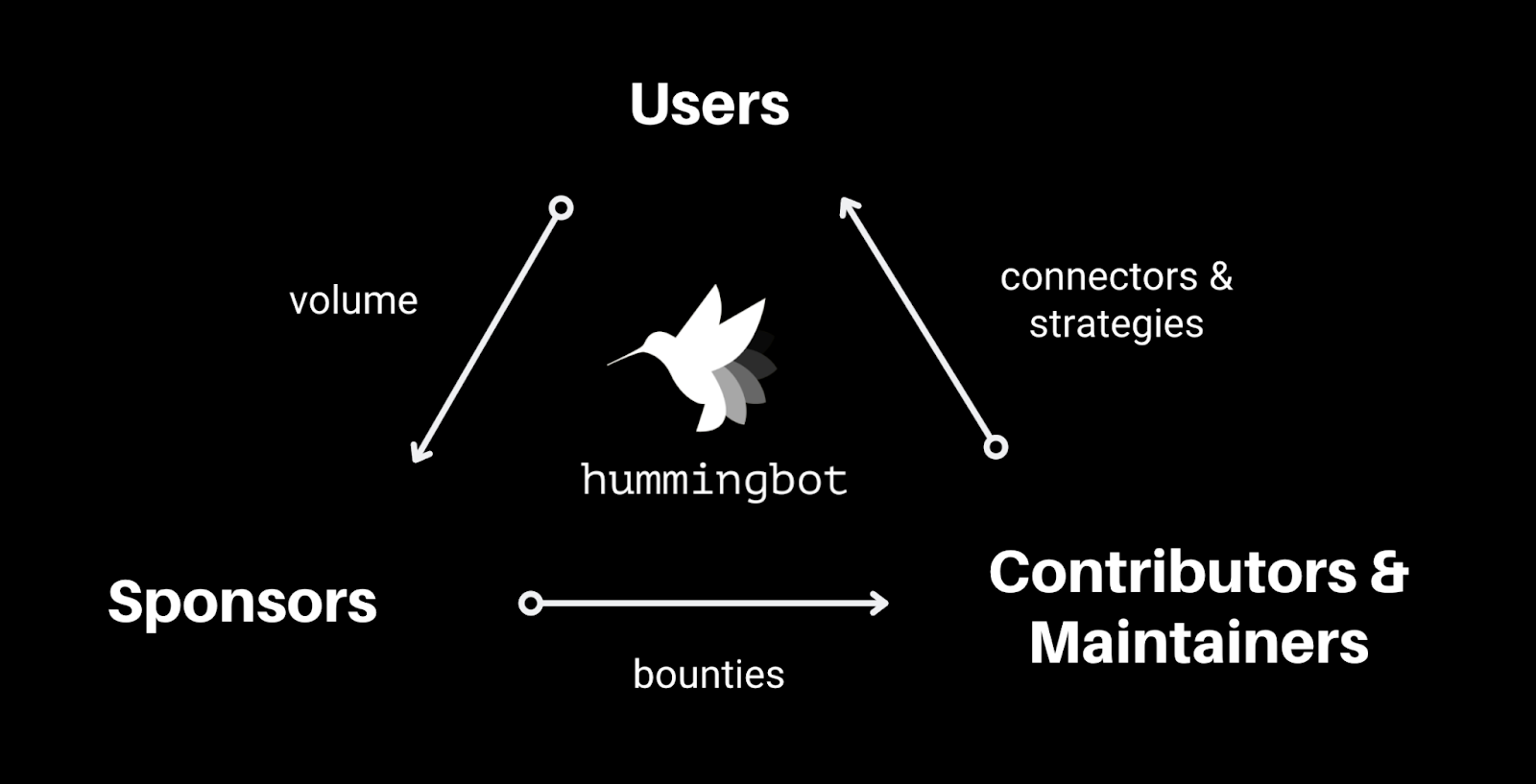 CoinAlpha will continue to maintain certain parts of the codebase, but our main focus will now shift to operating and developing Hummingbot Miner and other businesses that support the Hummingbot ecosystem.

CoinAlpha will assign to the Foundation all fee share agreements with exchanges such as Binance.com and Huobi Global that rebate a portion of fees incurred by Hummingbot users based on their usage of Hummingbot, tracked at the API header level. For each exchange connector, the Foundation will appoint a maintainer who will be responsible for fixing bugs in exchange for a portion of the fees generated.

Based on the income generated from these agreements and administering bounties, the Foundation expects to be self-sustainable from inception. Over time, we expect this margin to increase as volume and fees generated grow exponentially with users, while maintenance costs scale linearly with the number of connectors and strategies.

CoinAlpha is launching the Foundation alongside a set of sponsors who are making long-term commitments to support the Foundation by funding bounties and grants that incentivize contributors to the Hummingbot codebase. Sponsors include Avalanche, Terra, Polygon, Kava and Harmony.

In addition, certain long-term Hummingbot community members are making significant contributions to the codebase to celebrate the launch of the Foundation including TradingView webhooks, a new Hummingbot web GUI by Autonio Foundation and a new triangular arbitrage strategy by Linq.

From databases to operating systems, open-source software already powers much of the world's technology. Yet, the underlying business problem remains intractable: Without sustainable ways to scale community participation, an open-source project can't grow.

Meanwhile, we all see the downsides of huge corporations owning software used by everyone in the world. The Hummingbot Foundation is an experiment to build software in a decentralized community-driven way.

Along the way, we hope to set a template that any open source project can follow.