ILCOIN, a blockchain gaming project, has launched Clash of ILCOIN, its latest and most promising play-to-earn (P2E) game.

Notably, the evolution of ILCOIN’s games is interesting to observe. First came the Age of ILCOIN mobile version, a typical minimal-design game. The next step in its gaming journey was a virtual reality game, in which the team paid a great deal of attention to the graphic design and visual experience.

This latest and newest venture adopts a P2E model: a real-time online multiplayer player-versus-player strategy game that combines elements from collectible card games and tower defense. Through this new iteration, the project further expands the ILCOIN multiverse, introducing a galaxy full of intriguing aliens and factions. Users can pick sides and play story mode as earth defenders, or they can learn the ways of the villainous alien space pirates. 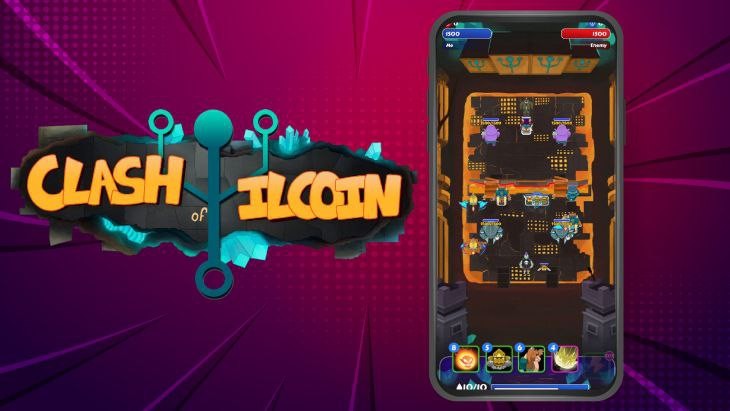 The ILCOIN development team was able to detect and forecast market trends, and this is the reason they began developing games a couple of years ago. Also, when the team at ILCOIN saw the rising popularity of P2E games, they wanted to be part of this interesting new sphere.

The goal of the development team was to create a unique game for users in the crypto world that, apart from offering a great gaming experience, would give a special role to ILCOIN as well. However, the team was aware that gaining a leading role in a highly competitive market such as this required a unique approach.

For this reason, the team made sure to create a distinctive game that would help them stand out among the onslaught of P2E games available in the blockchain market. Today, the team at ILCOIN proudly states that Clash of ILCOIN has what it takes to be a major league player.

Looking toward the future, the team adds that there are many more new game developments to come, as the ILCOIN Blockchain Project is still highly committed to games and the gaming community.

The dynamic evolution of the gaming industry is unquestionable, but with the help of nonfungible tokens, the team believes they can expect an even faster development of P2E games by combining the gaming market with the usage of blockchain technology.

Clash of ILCOIN can be downloaded from the App Store and will soon be available in Google Play as well.

The project has been continuously working on ILCOIN developments since SYDYG’s acquisition in 2017. Besides game developments, the ILCOIN Blockchain Project also pays great attention to finding new fields where smart contacts can be used.