Blockchained India and Blocumen Studio’s effort of organizing Asia’s biggest blockchain summit turned out to be a huge success. The five days blockchain conference in the Silicon Valley of India was an ultimate platform for everyone passionate in blockchain  & crypto industry – it has seen as the best venue to find country’s young blockchain talent, a possible scenario of crypto & blockchain technology in India, networking dais, experts meet and much more.

We thank everyone – the sponsors, media partners, outreach partners, community, audience, and team for making this event a great success. 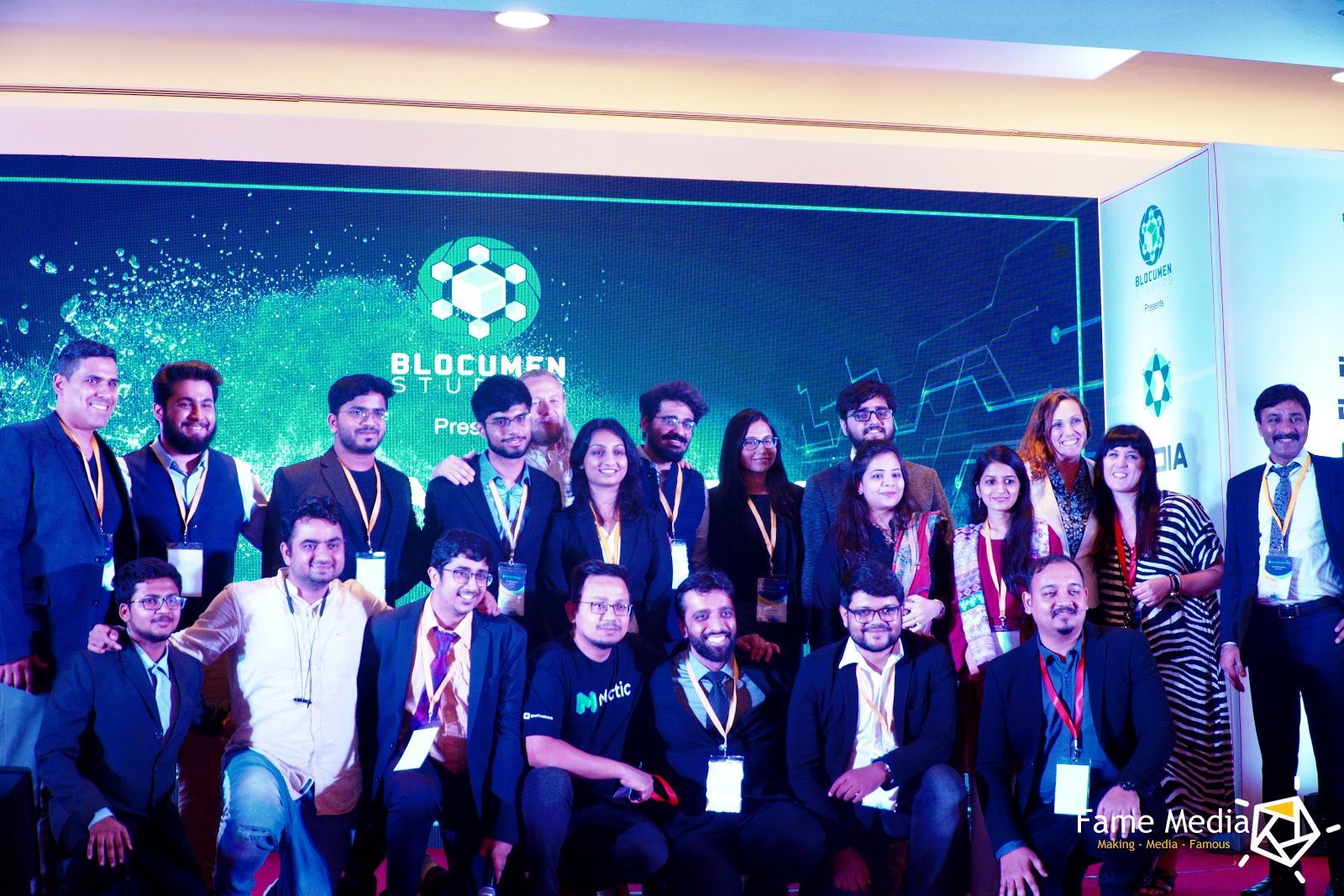 This event was followed by nationwide roadshows, conducted across major cities of India to raise awareness on emerging trends and gather opinions and voices of blockchain & crypto proponents of the country. This was intended to later prepare a blockchain-friendly regulation draft report and present it to the lawmakers of the country.

With the dedicated three days of workshop and hackathon from June 11 – 13, organized at IndiQube Alpha Building Co-working space in Bangalore, mentors & judges finalized 8 participants who were offered an opportunity to pitch for the final session in front of investors and judges.

Later, an excellent panel was organized on startling topic ‘Decentralized Ecosystems Around the World’, followed by yet another panel on fantastic topic – “Access & Control on the Blockchain: Public, Private and Consortium Models.” 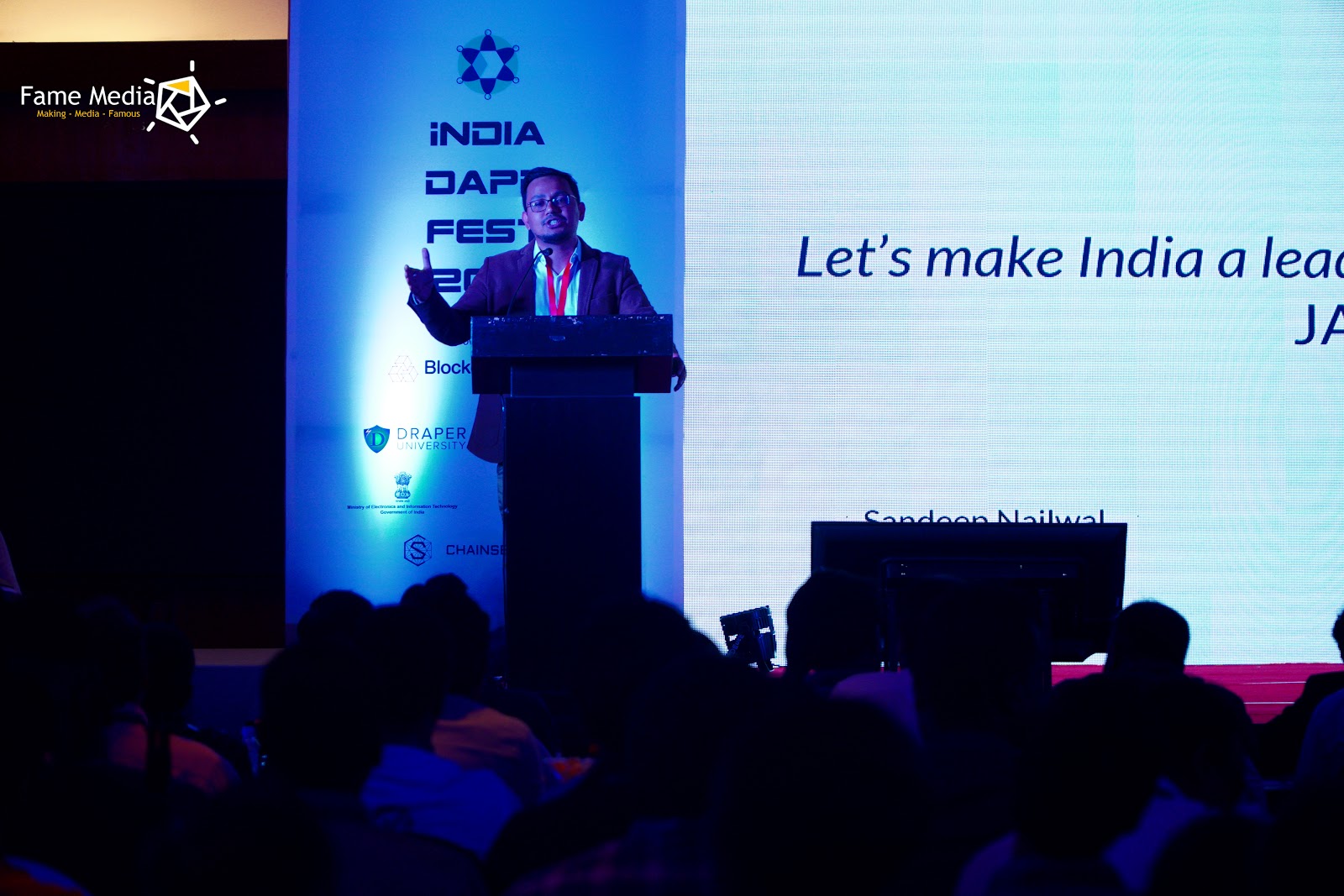 The audience, speakers and team of IDF was set to listen to experts on yet another most interesting aspect ‘Unicorns of Blockchain: Too early in the day?’, which received attention from country’s blockchain entrepreneurs and founders of startup companies.

The energy was still on peak..!!! With the huge success of the first-day conference, we all were super excited and doubled charged to mark this event like Asia’s biggest blockchain conference.

So the day 2 of India Dapp Fest conference began with Guarding Smart Contracts by Mr. Jitendra Chittoda from Chain Security who also interacted with the audience and resolved their queries revolved around security, smart contract, and blockchain.

It was then continued with a thrilling panel on "Locking Down Data on the Blockchain" and an amazing talk by Dr. Ajai Garg who leads Department of Cyber Security International Corporation and Startup Innovation, MeitY from Government of India. He spoke about his views on blockchain technology, the problems around this emerging tech and how to resolve. In his talk he adds;

The biggest problem that blockchain will solve is to make you the owner of the data and help monetize it. He kept on adding; "The need for us (of blockchain) is bigger than that for the West". "Today's youngster is not ready to take a B-grade quality of life."

After a mesmerizing talk by Ajai Garg, Gnana Lakshmi, Chief Technology Officer of Trustlin and a leadership fellow at Women Who Code filled the success spirit of women and talks about Transcending the Binary by citing Women Who Code. After her quick talk, the most compelling panel was organized which is perhaps the essence of today’s blockchain space.

A panel on ‘Women in Blockchain’ was also organized to discuss diversity, inspire more women to enter blockchain space and what career opportunity they can opt-in.

Later, Indian blockchain pioneers took the lead on a new panel entitled ‘The Blockchain Landscape in India' and then  a refreshing talk by Sunil Aggarwal discussed “Spiritual Politics of Blockchain Aspirants.” 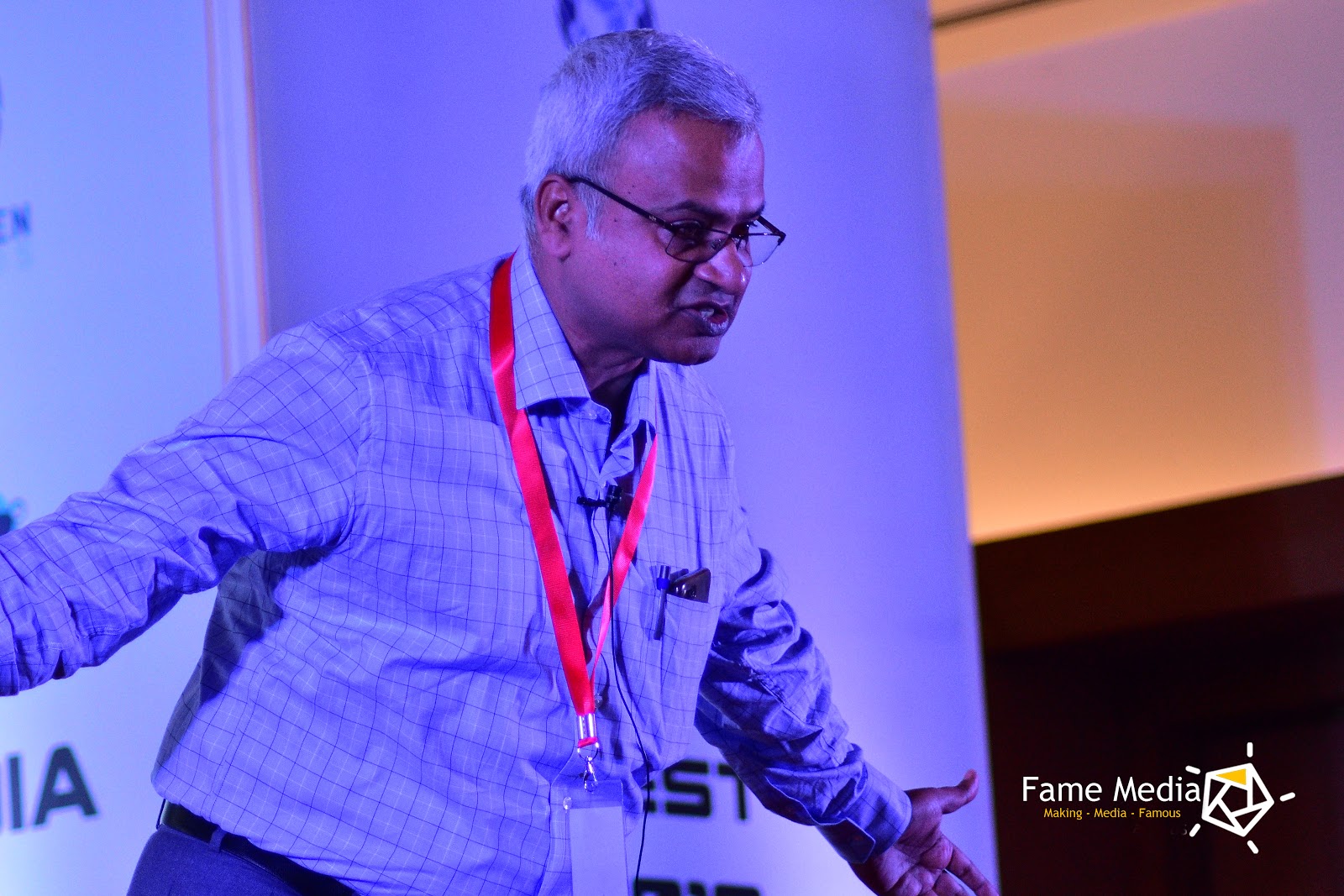 Also, this was the day when Blockchained Team ( India Dapp Fest Organizer) were launching Regulatory draft policy report and the team shared descriptive slides, representing nationwide observation about blockchain and what really Indian blockchain & crypto community needs from India in the crypto industry.  The report was gathered after 400+ people participated and gave their opinion on crypto regulations with 33% Entrepreneurs, 32% Information Technology professionals, 21.70 % Blockchain Enthusiast, 8.60% Student/Intern, 6.50% Researcher, 3.70% Investor, 0.70% lawyers, and 0.30% Journalists.

Other highlights of the event were ‘Conscious Decentralization, a talk by Jessica Zatler, exceptional panel discussions on “Crypto Surfing: How to Ride the Waves” and "The Enterprise Diaries, lessons to Iterate On."

And then we wrapped up India’s biggest blockchain conference with a networking session and thank you note.