The US Presidential hopeful and Cyber-Security pioneer is on a world tour to talk about Blockchain in governance and will be attending Trescon’s World Blockchain Summit in Taipei city this year. 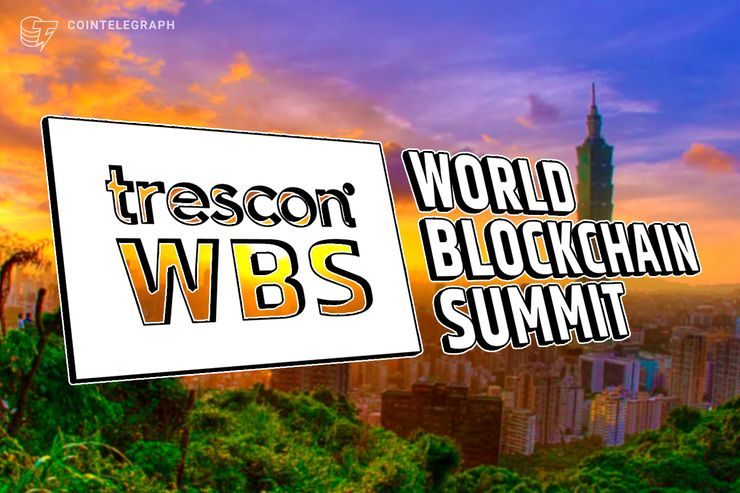 The US Presidential hopeful and Cyber-Security pioneer is on a world tour to talk about Blockchain in governance and will be attending Trescon’s World Blockchain Summit in Taipei city this year.

Date, New Taipei City: John McAfee, a name synonymous with Cyber-Security and Blockchain Evangelism along with being a US Presidential hopeful for the year 2020, will now be associated with Trescon’s World Blockchain Summit. The summit is taking place on 25 – 26 April 2019, in New Taipei City, Taiwan. Trescon’s World Blockchain Summit series is renowned globally, and has hosted over 15,000 delegates in 10+ countries such as Germany, Russia, UAE, Netherlands, Mauritius and Singapore.

John McAfee has been on a global tour, speaking and interacting with participants in Forums and Business Conferences across. He has been spreading awareness on how innovative technologies like Blockchain and Machine Learning will go a long way in revolutionising industries and businesses.

He has also stressed the need for distributed ledger technologies in divisions that are prone to corruption, nepotism and hierarchism. Distributed ledgers can help maintain autonomy and improve overall transparency within organisations.

In an interview, McAfee went as far as to say that “If existing companies transformed to operate on the blockchain, all functions would be distributed. There would be no more bosses, no hierarchical organization and no power of influence greater than anyone else.”

McAfee has climbed to the top of the Blockchain Mountain, with his active involvement in multiple and diverse blockchain projects. He serves as an advisor, investor and Developer-in-Charge of numerous blockchain and crypto-related services. He recently backed a crypto-wallet called the ‘BitFi Hardware wallet’, which has been advertised by McAfee as ‘Supreme’ with respect to security features and is offering a US$ 250,000 prize to anyone who can crack the platform.

The touted ‘controversial’ icon has been a name synonymous in the limelight for such antics, and he isn’t known to shy away from voicing his opinion on different matters that directly or indirectly concern him.

Mohammed Saleem, CEO of Trescon, has said that “As a Blockchain expert, McAfee’s prowess is commendable as he possesses an array of technical knowledge and business ideologies that help people understand the market from a consumer oriented perspective. It’s an honour to be hosting him at the event, and we look forward to meeting him.”

The summit is being conducted in association with the New Taipei City Governance, and is looking to introduce the budding IT market in Taiwan to the global marketplace. The summit will be hosting over 500 delegates along with startups, entrepreneurs, government body representatives and solution providers from within the blockchain industry.