Jurassic Punks is the creation of Meta-Labs Studios, a London-based animation and film-making studio founded by two visual effects (VFX) industry veterans. They have worked with and led some of the most influential studios in the industry, working with clients such as Nike, Coca-Cola, Lacoste, Audi and Rolex, alongside some of the world’s best directors. The team has a wealth of experience in VFX, motion capture, storytelling, animation and Web3. It utilizes decades of high-end studio experience to push boundaries in the nonfungible token (NFT) and Web3 spaces.

“This project is a dream come true for us as creators, and we have no doubts about our team’s ability to execute and drive the NFT and metaverse space into the future,” said James Spillman, founder, creator and writer of Jurassic Punks.

Sixty-five million years ago, an asteroid rocketed toward Earth in an extinction-level event destined to wipe out an entire species — but it missed.

Left to thrive, the dinosaurs evolved into the Jurassic Punks, a 3D misfit group of characters that is now the dominant species in the metaverse. “Jurassic Punks” is a one-of-a-kind generative NFT collection built with Unreal Engine 5. It is an industry-first NFT collection, utilizing state-of-the-art film-quality motion capture to bring metaverse-ready NFTs to life. 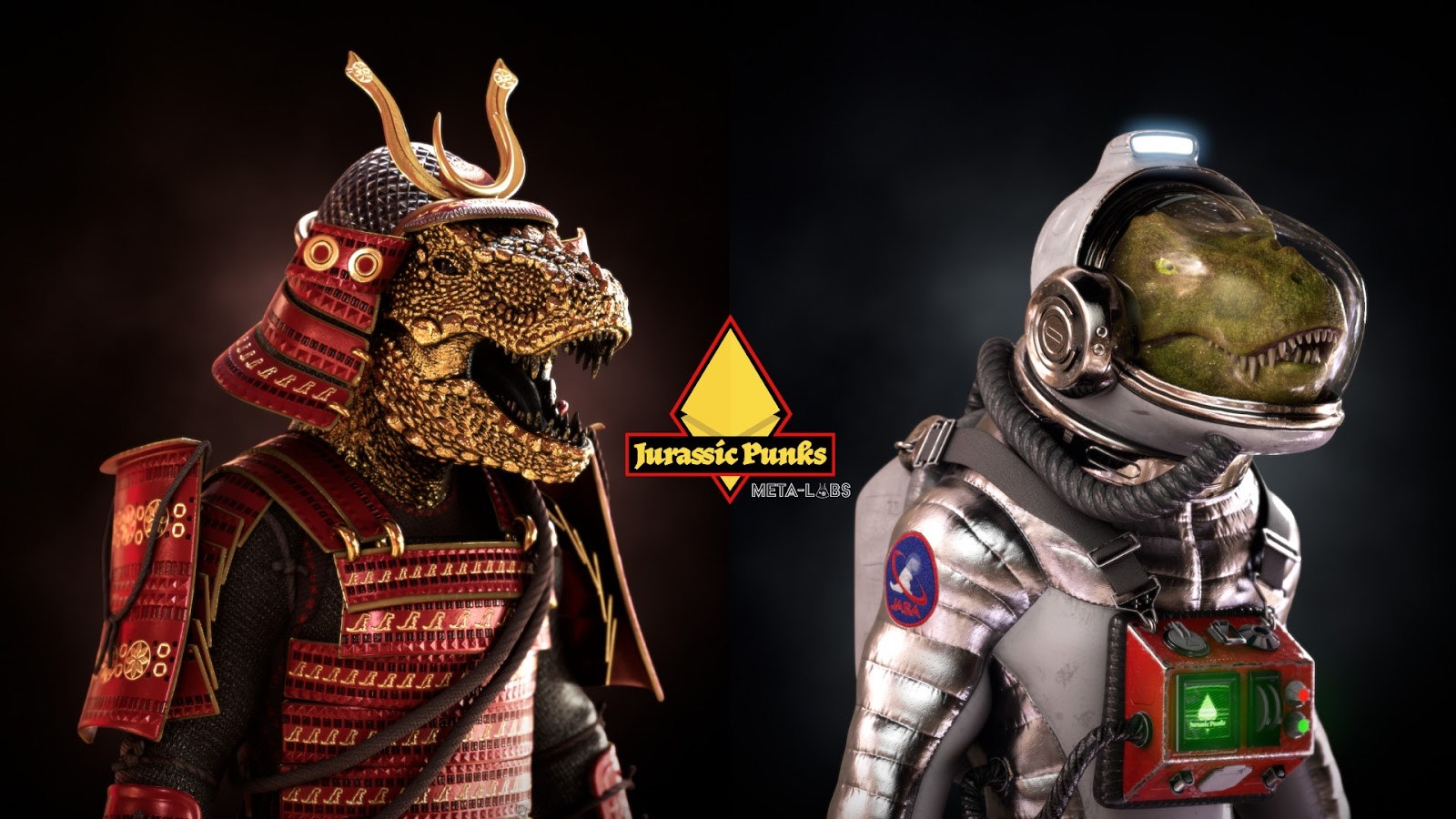 The 7,777 Jurassic Punk NFTs empower owners with 3D-rigged models, including commercial IP rights, ready to integrate with compatible games and metaverses. The assets were built with Unreal Engine 5 by Jurassic Punks’ award-winning visual effects team in a 30,000-square-foot, state-of-the-art film studio with a motion capture stage. Its film-quality motion capture capabilities are an invaluable asset.

The team has utilized motion capture with a film-quality Xsens setup and has facial recognition support using Apple’s augmented reality kit. Owners can access Jurassic Punk NFTs on their phones as a filter or use them as an avatar in an online meeting. Funds from the whitelist, public sales and secondaries have been prioritized in the budget for achieving the project’s roadmap goals and hitting every milestone planned for the community.

“We do not see this as just another project but as the future of our careers and lives for many years to come, and we have the drive, experience and determination to ensure that happens,” said Kevin Docherty, founder and managing director of Jurassic Punks.

An open metaverse for all has always been Jurassic Punks’ biggest goal, and this can only be achieved through collaboration. Jurassic Punks has partnered with Netvrk, Collider Craftworks, My Pet Hooligan, Brandverse, Xone and more. It will deliver an animated series and a live digital fashion show metaverse starring the project’s owners. 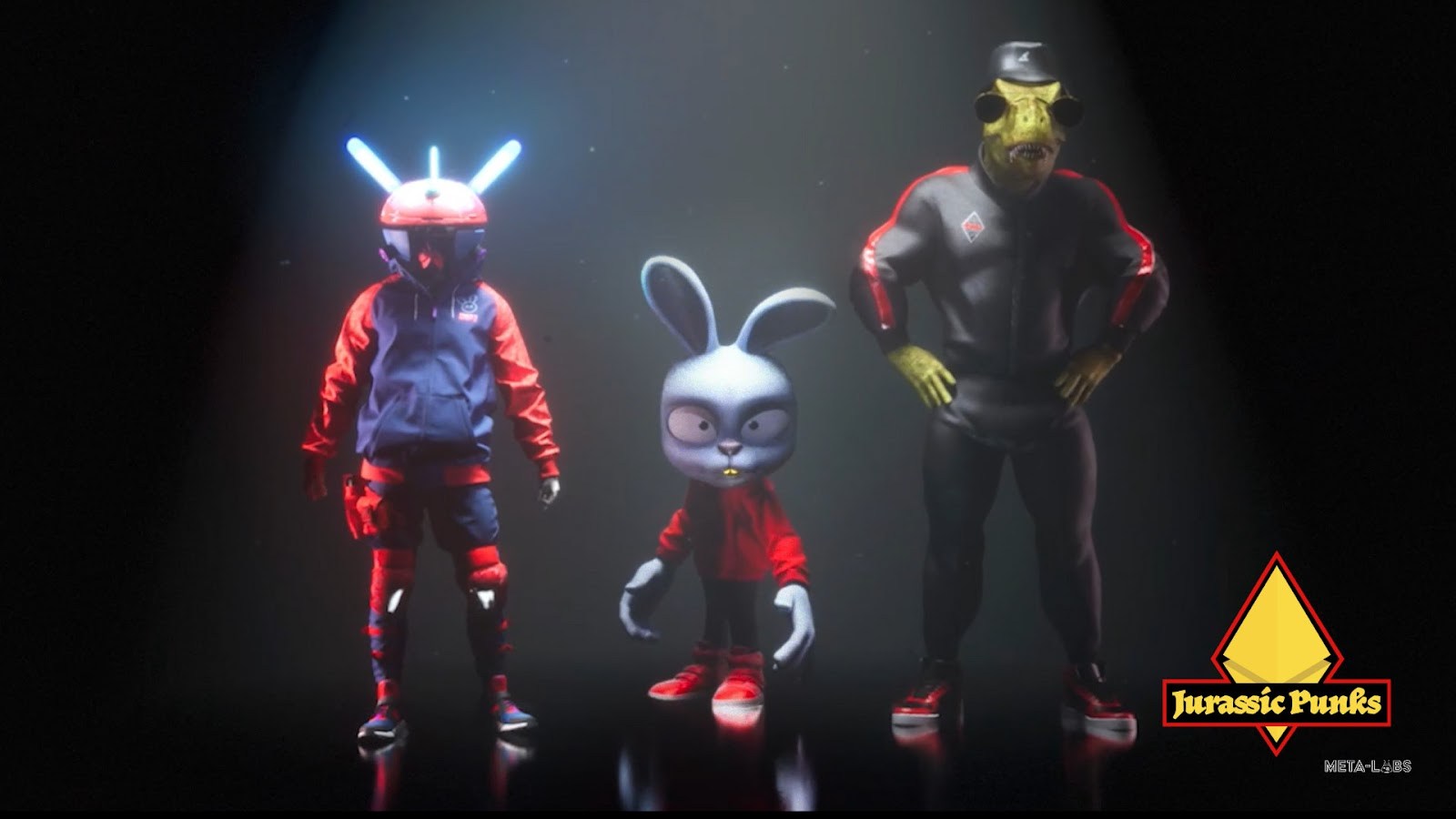 Jurassic Punks NFT is the creation of Meta-Labs Studios, a London-based animation and film-making studio founded by two VFX-industry veterans. It has worked with and led some of the most influential studios in the industry, working with clients such as Nike, Coca-Cola, Lacoste, Audi and Rolex, alongside some of the world’s best directors.

Purpose-built in Unreal Engine 5, Jurassic Punks empowers owners with their own 3D-rigged models, including commercial IP rights, and is ready to integrate with compatible games and metaverses. It is delivering an animated series and a live digital fashion show metaverse starring the project’s owners.