April 28, 2022 — The digital revolution poses a big threat to privacy and security. Enterprises and centralized systems cannot be trusted with critical data. General Data Protection Regulation (GDPR) violation fines by enterprises reached $1.14B in the third quarter of 2021 alone.

But there’s a lot more to this problem than meets the eye: Devices such as cameras, baby monitors, laptops and phones are being hacked every day. While new global and local Internet of Things (IoT) laws are the right direction, secure, scalable and regulatory compliant IoT systems are needed.

Citizens and governments worldwide are becoming more aware of data privacy and security breaches and their impact. Sidewalk Labs, an Alphabet Company, had to stop its Toronto Smart City project two years after its commission because citizens didn’t want their data to reside with enterprises. Now that IoT and smart devices have permeated daily life, the protection of privacy has become an afterthought.

An incident surfaced a few years ago that frightened a four-month-old infant’s parents: A stranger’s voice, spouting “sexual expletives,” wafted through a baby monitor linked to a Nest camera, according to a news segment. Alarmed by a kidnapping threat, the couple rushed to the baby’s room to realize their security system had been hacked.

New IoT cybersecurity laws are being adopted worldwide. Simply put, IoT solutions can no longer be implemented without proper data privacy and security mechanisms in place. To bridge this gap in the market, Kandola Network offers a solution. Its robust ecosystem makes all devices and solutions built on its platform IoT-regulation compliant, preventing brand besmirchment and legal and financial risks.

Enterprises currently manage critical and massive data, and the IoT industry is close to shattering the Web2 status quo with the advent of Web3. Kandola intends to reimagine IoT devices and platforms by placing the consumer smack-dab in the center of the value chain. This will allow monetization opportunities for rightful data owners, bringing performance parity to Web3 with real-time performance and scale.

“Kandola is building an IoT network that will perform real-time transactions and finality at unprecedented scale on Web3. We will deliver this value to IoT devices, manufacturers and consumers. Our components and modules are generic and can be used in other domains in Web3 where there is a trust deficit between what is produced, processed and delivered to consumers when real-time communication is required. Once in motion, we envision a steady power shift from centralized enterprises to the true owners — the value creators,” said Ragul Kumar, chief technology officer of Kandola Network.

Krithika, chief marketing officer of Kandola and ex-vice president at Goldman Sachs, said, “Fundamentally, Web3 is the right tool to secure devices and ensure complete data privacy. But, Web3 currently has limitations on speed and cost, which makes it difficult to adopt for such real-world use cases. That gap is what Kandola is addressing: real-time message delivery and storage with no gas fees. Apart from IoT, this will foster a complete new set of use cases like Web3 chat, Web3 social, games and the metaverse. We are thrilled to bring Kandola to life. This is just the start.”

Tushar Behl of AlphaWave Global said, “We are extremely excited to partner with Sid and his team at Kandola. We are big believers in the power of Permaweb and decentralized infrastructure. At the same time, IoT and smart devices have taken over our world. Kandola has a real shot at building a critical piece of that infrastructure for one of the largest technology acceptable models in human history.”

James McDowall of Arcanum Capital said, “The Kandola team brings a wealth of expertise and experience from the Web2 IoT world and, in our opinion, have chosen the right time to innovate by applying Web3 technologies to IoT. With a pre-existing client base and a solid vision of where the sector is evolving, Arcanum Capital is confident Kandola will become a leader in the field.”

Kandola recently raised a pre-seed round of $450,000 from investors such as Alpha Wave Global; Sandeep Nailwal, founder of Polygon; Harsh Rajat of Ethereum Notification Push Service and others. The funding round also saw participation from Arcanum Capital, a seed-stage venture capital firm focused on investments in decentralized protocols and applications for the global blockchain ecosystem.

Kandola is currently raising a seed round. 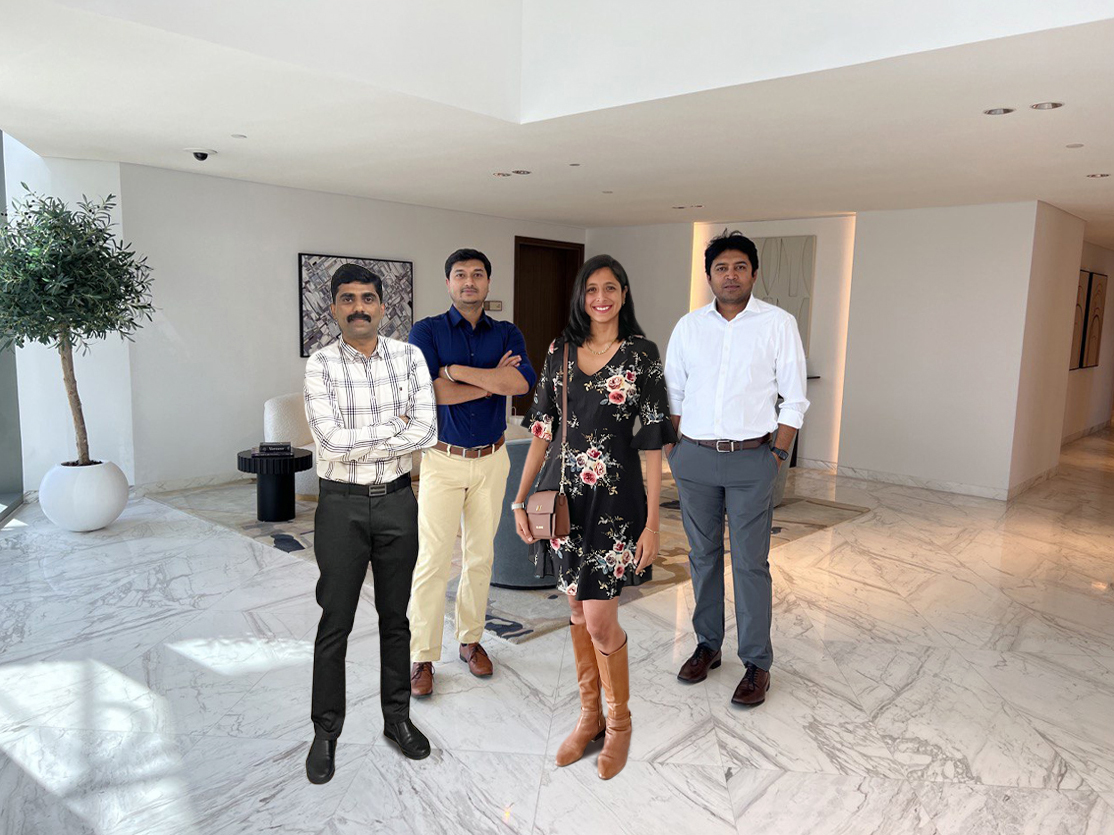 Founded by Siddharth Banerjee, along with co-founders Krithika Radhakrishnan and Sriram Padmanabhan, Kandola aims to be the de-facto platform for all decentralized applications and solutions that need to use real-time communication and data stores such as IoT hardware and apps, messaging apps, games, real-time NFTs and metaverse apps.

Kandola will make it native and easy to use in the decentralized ecosystem — something entirely missing today.