Tortola, British Virgin Islands, Jan. 13, 2022 — League of Kingdoms, the first true massively multiplayer online (MMO) blockchain game launched in 2020, is releasing the LOKA token to fuel growth and give agency to its 400,000-strong community of active users. The token will be released to users on Jan. 20, with more details of the launch available closer to the date. 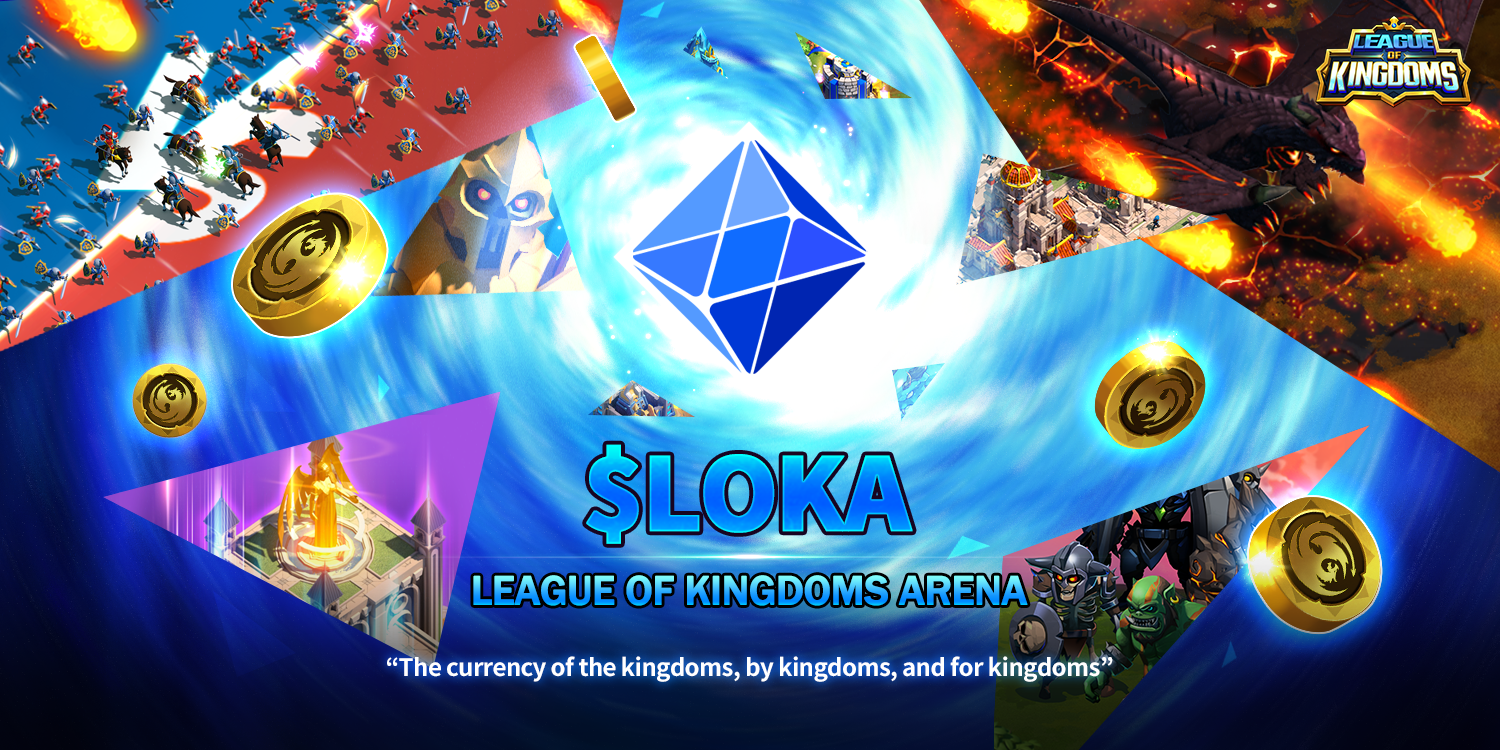 The LOKA token adds to the existing set of nonfungible tokens (NFT) to enable governance rights and additional utility to the League of Kingdoms’ community. In addition to deciding on key features and plans for the game, LOKA holders will be able to stake the asset to receive a portion of the platform’s fees and other upcoming use cases, such as exclusive access to special NFTs.

League of Kingdoms was released in early 2020 and has been posting tremendous growth metrics since. In the second half of 2021, the community of daily active users increased 20x to 80,000. On the back of this success, League of Kingdoms has raised $3 million from a host of well-known investors, including Hashed, a16z, Sequoia India, Binance Labs and many angels from the GameFi sectors, including Gabby Dizon of Yield Guild Games, Aleks and Jiho of Sky Mavis (Axie Infinity), and Sebastien Borget of The Sandbox Games.

League of Kingdoms Arena is a free-to-play MMO game with intuitive yet complex game mechanics, which is built with the average non-crypto user in mind. NFTs in League of Kingdoms are simple to use and are introduced gradually to users, which has helped the game attract a varied audience of both hardcore crypto and traditional gamers.

The launch of the LOKA token comes amid a number of new initiatives to evolve League of Kingdoms into a full gaming metaverse. These will include the launch of a player-versus-player arena, an expansion of play-to-earn (P2E) gaming, commerce platforms such as an NFT bazaar, esports integration and many other updates to make use of GameFi possibilities. The launch of the token will also help build a strong network of guilds and communities to attract organic P2E veterans.

Hashed CEO Simon Kim said, “We are proud to be an early backer of League of Kingdoms and the team’s journey to build a fundamentally strong game that effectively marries the best of both Web2 and Web3 gaming. I do not doubt that League of Kingdoms will onboard next millions of gamers who will come for the game’s appeal and be staying for crypto.”

“This has been truly a long-time coming for us, working on LoK when nobody believed in the promise of blockchain games and play-to-earn,” said Chan Lee, co-founder of League of Kingdoms. “Now, with our friends from Axie Infinity breaking the floodgates open, we’re ready to show the wider P2E community what we’ve been working on.”

About League of Kingdoms Arena

League of Kingdoms is an MMO strategy game where gamers fight for the dominion of land. Players can build their own kingdom and armies to defeat or ally with other kingdoms and monsters. Using the LOKA token, the community can decide the fate of the game and obtain exclusive NFT rewards.