The market price of Bitcoin has been recovered back to 10,000 US dollars leaving behind the massive depreciation that occurred during the year of 2018. 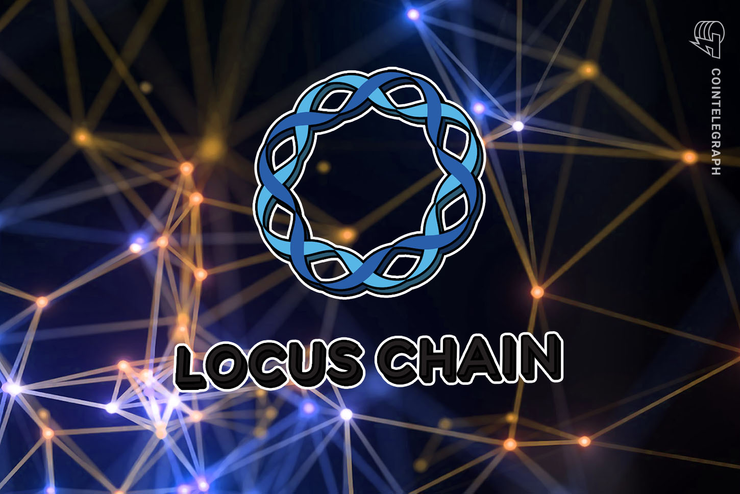 The market price of Bitcoin has been recovered back to 10,000 US dollars leaving behind the massive depreciation that occurred during the year of 2018. However, other Altcoins have not been able to present their clear recovery trend. This may be because there is no distinctive example, which can be differentiated from other Altcoins, even though the market is responding positively towards the future vision suggested by the decentralized blockchain that forms the basis of cryptocurrency.

The current market exhibits a strong tendency to become influenced by the logic of capital. For this reason, the majority of the teams focus on the price and marketing with immediate benefits rather than on the technological values which are intrinsic to blockchain. Nevertheless, it is important to understand the value of decentralization and technology during these times, by keeping in mind that only the innovative technology will eventually dominate the market.

Contrary to the centralized system that is controlled by the central server, the decentralized public (distributed) ledger operates under the P2P network. The P2P communication essentially cannot be restricted and is an unreliable network. This is because there is no way to confirm the validity of the information that others send or the information that an individual possesses. Nonetheless, the decentralized distributed ledger technology has been designed to bring the trust into P2P network. It opens up the path toward the objective credit without centralization.

The blockchain platform, which is the decentralized distributed ledger technology, operates on the public network which allows anyone to participate (openness) in the network. Nobody can randomly forge and manipulate the data (immutability) once it becomes recorded in the ledger because it becomes recorded in the ledgers of all of the participants. The platform also makes it impossible to stop the accessing of information and clearly guarantees it through the computing algorithm. Thus, the blockchain platform has opened up the possibility of creating a completely trustworthy system.

However, there are also many technological issues that need to be resolved such as the slow speed as of current and others. It is indeed not an easy task to achieve the practical performance while being devoted to decentralization on the large scale network. Recently, there are types of projects such as Libra and EOS that attempt to reach the practical speed by only allowing the partially permitted nodes to participate in the consensus while damaging the decentralization. These projects are being criticized for heavily damaging the intrinsic value of decentralization since they are in fact closer to variations of the centralized platform.

On the other hand, several projects do not damage the decentralization and challenge the technological problems. The Locus Chain project in which the writer is participating in, is also one of these projects. First of all, Locus Chain has considerably enhanced the transaction performance by implementing the AWTC (Account-Wise Transaction Chain) with the nonlinear DAG ledger structure instead of the linear structure. In addition, Locus Chain has implemented the PoS and BFT consensus in order to resolve the disadvantages of performance and non-determinacy which the PoW and the Nakamoto consensus algorithm possess. There are also projects, that are choosing to pre-assign and limit the number of nodes to dozens them for the consensus to overcome the disadvantages of the BFT consensus. However, several projects including Algorand and Locus Chain do not damage the significant value of decentralization by taking the measure of fairly sampling a portion of nodes out of the total differently for every round of consensus without specifying the consensus nodes. Besides, Locus Chain is in the process of implementing Dynamic Sharding to decrease the network load, and has also developed Verifiable Pruning which can dramatically decrease the ledger size. Verifiable Pruning of Locus Chain is a technology that allows for the data to be validated by only possessing its imprints even if the data becomes pruned off, which substantially decreases the resource requirement of the nodes that participate in the network. Subsequently, it provides the technological basis that potentially allows for the blockchain technology to expand into the future business areas including IoT, automatic self-driving, and others.

If a platform appears which satisfies all the goals that Locus Chain aims to achieve, it can be easily predicted that regardless of the societal dominating structure, inefficiency will dramatically decrease and relatively active and positive interactions will occur in our world. For example, embezzlement, illegal dumping, and frauds will become harder to commit, microtransactions(If we all donate 10 cents each, the donation will be enormous, but as of the current system, the donation intermediary is highly distrusted, and a lot of costs get spent on the fund-raising/remittance, so it is impossible for this kind of case to occur. However, if the fees that become paid to the donator become confirmed along with the donation, then it can develop into a totally different direction than the current path it is going in.) will become active, and the transparency and efficiency of all of the transactions will greatly increase. I would like to say that the changes that will occur through this will be beyond imagination.

Looking back on the history of humanity, there were periods where the technology that have been accumulated in the past generations have led tremendous change in a short period of time. The industrial revolution is a classic example. Moreover, next there was the information revolution which provided us with the present of internet. The change that occurs through the most scalable decentralized blockchain will later be called the credit revolution. This is because the decentralized blockchain will practically grant the fundamental credit that has not existed in the majority of the interactions that need guarantee and intermediation.

The credit revolution will bloom splendidly in the high-tech field in the form of technology for us humans. It is certain that all of the technology including AI autonomous transaction, micro (information sharing) transaction, automatic self-driving, and others that are being predicted to take away the job positions of humans will become the crucial technology that will pay back to us and become the innovation for the entire humanity.

The writer of this article is currently participating in the Locus Chain project that strives to become the most scalable decentralized public blockchain platform. For more details on this corresponding article, please check the link below.