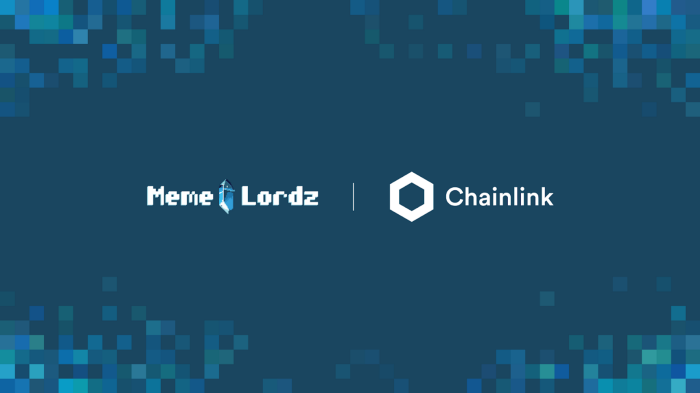 Commenting on the integration, Ryan Smith, CEO and founder of Meme Lordz, stated, “The Meme Lordz game incorporates random numbers in many places, so we wanted to provide users with a solution that fosters trust and showcases the powerful decentralized nature of blockchain technology. When I learned about Chainlink VRF, I was blown away by its abilities and the potential applications we could build using its tamper-proof RNG. There couldn’t be a better technology to implement the randomness solutions we were looking for.”

With the NFT functionality launch, the team has released a game expansion including 20+ hours of gameplay, new map areas and a MetaMask server save game system.

With the beta release being played online across the world, the team behind Meme Lordz has completed its 2021 road map. After the initial coin offering in June 2021, the team set an ambitious goal of rapidly developing a blockchain game, with minting functionality, by the end of the year.

A core community of die-hard players is proving that the team has delivered a rich gameplay experience rivaling the depth and playability of the original role-play gaming classics.

Chainlink is the industry standard for building, accessing and selling oracle services needed to power hybrid smart contracts on any blockchain. Chainlink oracle networks provide smart contracts with a way to reliably connect to any external API and leverage secure off-chain computations for enabling feature-rich applications. Chainlink currently secures tens of billions of dollars across decentralized finance, insurance, gaming and other major industries and offers global enterprises and leading data providers a universal gateway to all blockchains.

Learn more about Chainlink by visiting chain.link or reading the documentation at docs.chain.link. To discuss an integration, reach out to an expert.