MakiSwap, a leading Huobi Eco Chain-based automated market maker exchange, opted to use Polygon to operate its lucky draw game, which would give everyone a chance to win prizes. Users can join any time as long as they have MakiSwap (MAKI).

MakiSwap is a fork of PancakeSwap that operates on HECO. It offers extreme stability, low transaction costs and environmentally-friendly technology thanks to a cutting-edge proof-of-stake system.

As part of the lucky draw game, MakiSwap will use Chainlink VRF (Verifiable Random Function) to help ensure fair, tamper-proof results that users can publicly audit to prove its high integrity. 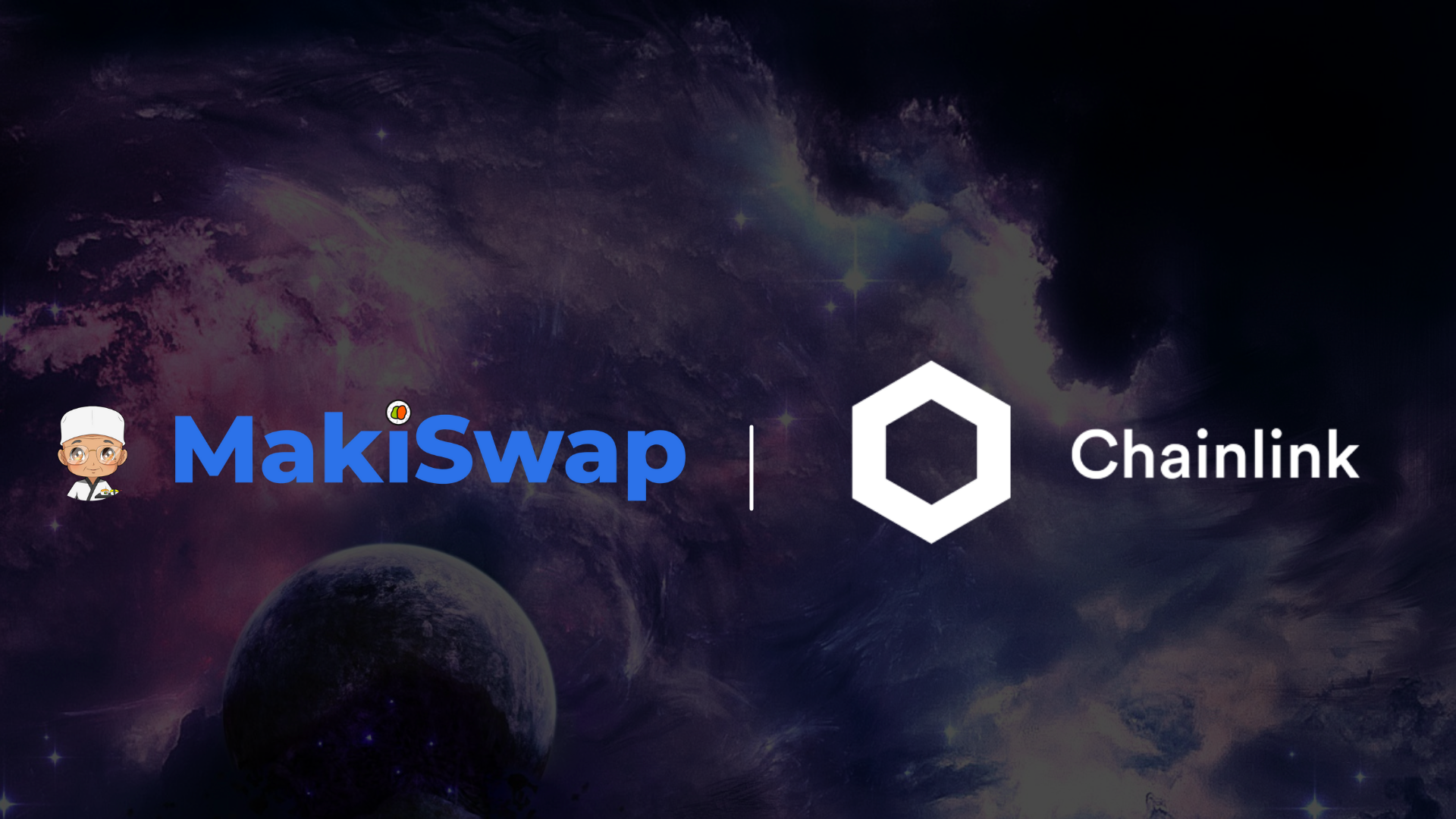 Chainlink VRF is a decentralized and oracle-powered service that provides smart contracts with a secure source of randomness on the blockchain.

Fairness is one of the fundamental factors of lucky draws, which also plays a crucial role in the creation of MakiSwap’s distribution mechanism. Chainlink VRF has already proved its efficiency in a wide range of blockchain-based games.

MakiSwap’s lucky draw system is a fork of PancakeSwap lottery v2. Users can win prizes if they match the numbers from left to right. The more matched numbers a user has, the bigger the reward.

To win the prize, participants need to meet the program’s conditions. In other words, the numbers drawn need to match the same order as the selected balls, counting from the left of the ticket.

For example, if a ticket has six numbers that match the number on the ball except for the fifth, the reward only counts the first four numbers.

If a ticket has three numbers that match the number on the ball but the first number from left to right doesn’t match, then the ticket will receive no prize.

The prize amount of each ticket will depend on the number of winning tickets in the same prize bracket. Simply put, if the player is the only one with a three-digit match ticket (the predetermined reward number of this prize bracket is 1,000 MAKI), they will receive the full 1,000 MAKI. ‌

However, if there’s one more player with three matching numbers, 1,000 MAKI will be split into two winning tickets, meaning each player will receive 500 MAKI.

The prize distribution in v2 will be more widespread.

The chance of winning small rewards will therefore increase because the numbers that need to be matched in series to win the biggest prize also increase. The opportunity to get the largest jackpot is quite competitive.

If there is no winner, the prize will be carried over to the next round.

Tickets are only eligible for prizes if they match the numbers from left to right as explained above.

Players will receive a discount when they buy two or more tickets. The more tickets a user buys, the bigger the discount will be.

Players can buy more than 100 tickets, but they can only buy up to 100 tickets in one purchase.

Absolutely. Players will receive a reward for each ticket separately. The prize in that reward box will be distributed equally among the number of winning tickets.

MakiSwap is growing with the Unilayer ecosystem. It was created to support decentralized finance development and also allow the Huobi network to offer a top-notch yield farming platform.

As a leading AMM exchange, it brings a refreshing trading experience for both novice and professional traders using the broad range of trading tools offered by Unilayer.

The MakiSwap protocol, which is powered by the MAKI governance token, is yet to be distributed through a public sale. After raising a total of $1.4 million in private sales, the MakiSwap development team will issue MAKI tokens on both the Binance Smart Chain and Ethereum.

In addition to the rewards earned from providing liquidity to project teams, the MAKI holders are able to generate additional income. This additional profit will be accrued proportionally based on the number of tokens each user has staked against the total number of liquidity provider tokens.

Polygon is a sidechain-based scaling solution backed by Binance and Coinbase, and has attracted a tremendous amount of interest. Matic Network (Polygon) focuses on the Ethereum ecosystem, taking Ethereum as the chain that connects everything. The platform makes transactions inexpensive and fast.