Backed by Metaverz Studio, Age-of-Z (AOZ) is a first-of-its-kind movement that harnesses the power of nonfungible tokens (NFTs) to create a decentralized community living in and out of the metaverse. With a rich backstory inspired by Eric Hughes’ 1993 A Cypherpunk’s Manifesto, owners of the 1,993 hand-drawn profile pictures will collaborate to build a self-sufficient digital world and reclaim their autonomy.

On Dec. 15 at 8:00 am UTC, the official public minting of 1,500 AOZ NFTs began. Distributed in randomized Mystery Boxes, the launch included 10 SSR-graded, 30-SR graded, 340-R graded and 1,120 N-graded NFTs. The minting price is 0.05 Ether (ETH) for each NFT, and participating addresses must hold at least 0.5 ETH. There is a maximum of two NFTs (0.1 ETH per single transaction), without the limit on the number of transactions per wallet. 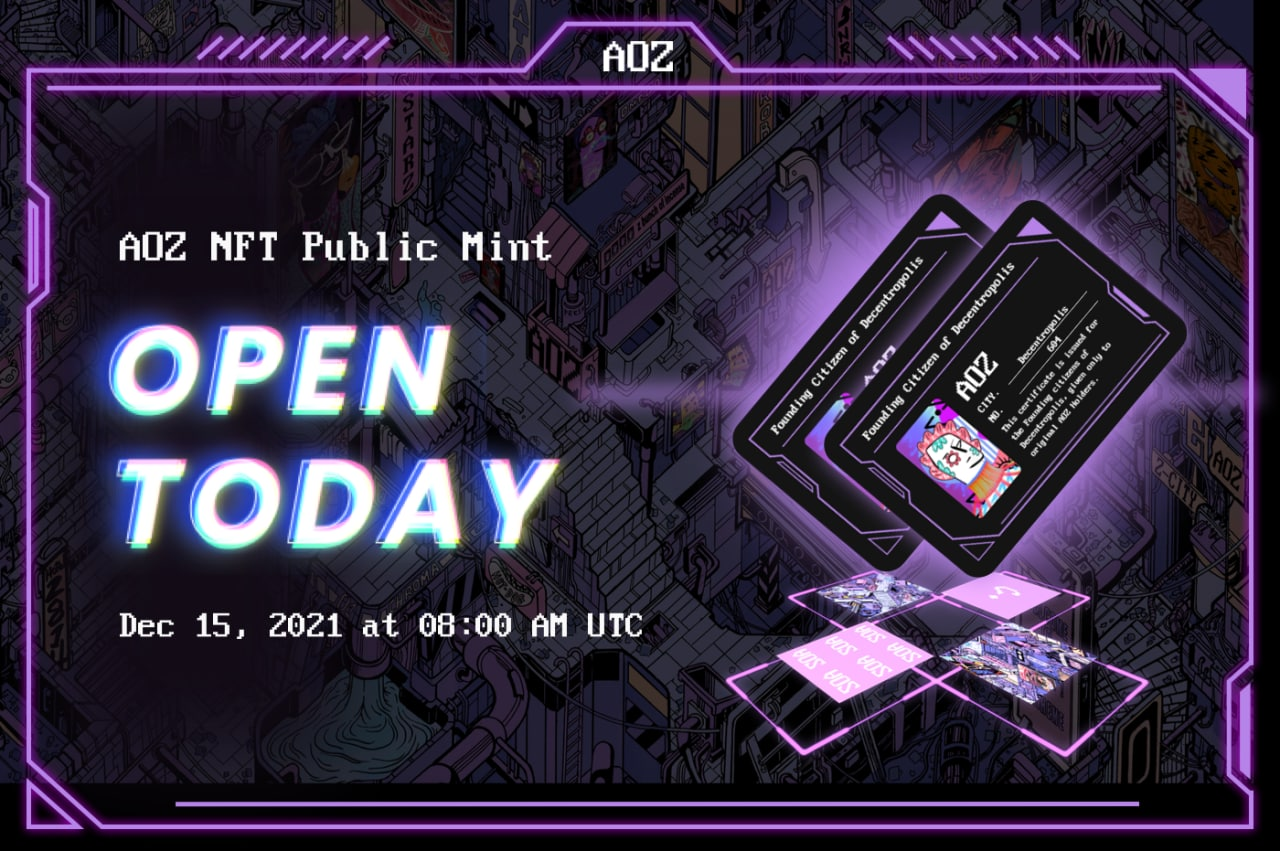 According to the AOZ team, the 1,500 NFTs were minted within 23 minutes after the public sale began. They are now tradeable on the secondary market OpenSea.

The Story of AOZ

Originally enjoying a peaceful existence, the citizens of AOZ were thrust into chaos as a sudden alien invasion threatened their homelands. These aliens wreaked havoc, destroyed their most favored creation — an NFT picture scroll — and ruined their world. Deciding enough was enough, the citizens rose up to face their alien foes by forming an army equipped with a variety of magical weaponry. In order to repel the invaders and reclaim their world, the citizens would have to gather paint to recreate the destroyed scroll and therefore expand their territory.

The world of AOZ is visualized by punk-style pixel art (Punkixel), jointly constructed by a team of dedicated artist world builders and community members. Every citizen can play a part in the Punkixel world, generating punk pixels as they do so. Not only do their actions grant them personal wealth, but they also act to increase the value of the places they inhabit. But with great power comes great responsibility, as alien foes are drawn to these spheres of influence and will act maliciously to destroy the hard-earned pixel world if left unattended. Players must rely on their own skills and weapons to fight off the ferocious hoards by submitting artwork and currying favor with other citizens to vote for their pieces. The chosen artwork will be added to the world, and form a layer of defense against the invaders.

🚨Only 2 more days until Public Mint🚨

❓Whats next after that?

🎮Sneak peak below of our AOZ Game coming in 2022.#NFT #GameFi #AOZ pic.twitter.com/UNUUObo5y1

Moving forward, there is a lot to look forward to from AOZ.

In December, AOZ public minting, airdrops and 3D NFT models will be released to inspire the first generation of citizens to take up the fight.

Q1 2022 will see the launch of community world-building, which will allow AOZ citizens to act on community governance proposals and engage with other decentralized finance and GameFi ecosystems. Also, a liquidity pool of 5% royalties from NFT sales will be launched to stabilize the price of AOZ NFTs.

Q2 2022 will focus on the creation of Decentropolis, the interactive AOZ metaverse. This open, explorable city will be instrumental in the GameFi components of AOZ and allow users to enjoy a massively multiplayer metaverse experience.