Singapore, Feb. 16, 2022 — Meter.io has launched its inaugural Ethereum Hackathon aiming to onboard the next generation’s talent into the Meter ecosystem.

Those interested can still participate in the eight-week event in four categories. The hackathon began Feb. 14, 2022, with a prize pool of $100,000. 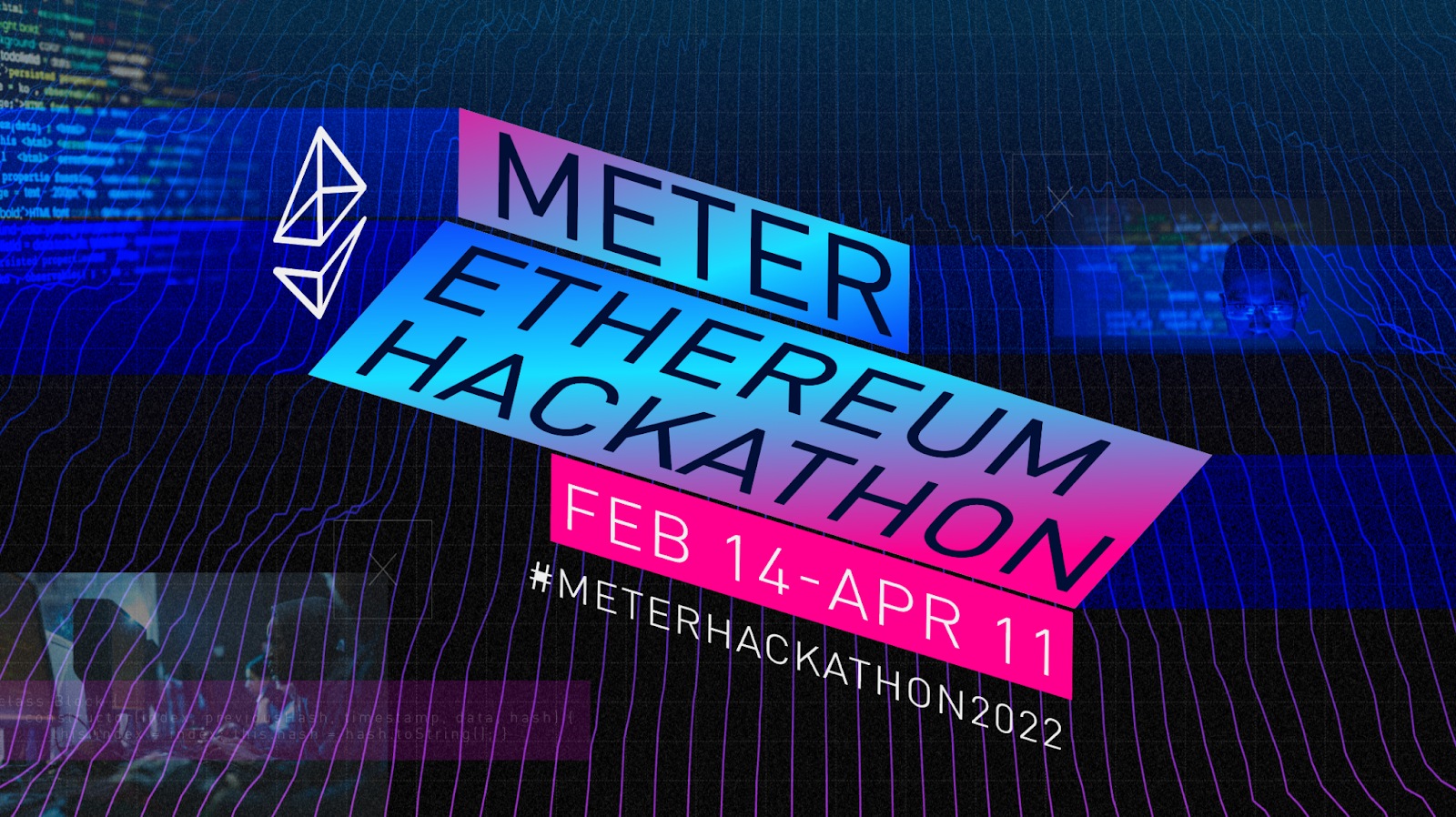 The blockchain ecosystem is growing at a record pace. To harness the next generation of talent and propel this growth further, Meter has launched the hackathon to provide an opportunity to the broader development community to showcase their innovation on the Meter ecosystem and participate in its effort to scale and connect the financial internet. The hackathon’s primary goal is to empower these developers to create and execute creative and robust applications in four categories: decentralized finance (DeFi), GameFi, nonfungible tokens (NFT) and Web3 integration.

The eight-week event aims to support not only early-stage projects and ideas from open-source developer communities but also established projects, entrepreneurs and developers on other networks wishing to benefit from the capabilities of Meter Network. The event will augment the diversity of Meter’s developer community and help spur the growth of new interdependent applications.

From a developer’s standpoint, there are benefits in the Ethereum remote procedure call-compatibility of Meter Network such as front-running and maximal extractable value resistance, the low gas costs of metastable coins, high throughput and instant finality. Developers can leverage Meter Passport, its interoperability solution, for seamless presence on multiple networks.

All blockchain and smart-contract developers are eligible to sign up for the hackathon and win from a prize pool of $100,000. Contestants who finish developing an open-source project programmed in Solidity in one of these four categories by the deadline will be considered eligible participants.

Submission for the hackathon began on Feb. 14, 2022, and will end on April 11, 2022. When registering, contestants are required to specify the entry’s category and project name and complete the registration form. It is advised that contestants give a detailed description of their project’s logic and characteristics on the form.

The submissions will be judged for originality and creativity, technicality and design, business model and feasibility, user experience and practicality and use case. The judging period for the hackathon will be April 14 to April 22, 2022, with the winners announced on April 27, 2022.

Meter.io is a highly decentralized Ethereum scaling solution with a built-in metastable gas currency. It connects to Ethereum and other blockchains as a layer-2 protocol and allows smart contracts to scale and communicate seamlessly through heterogeneous blockchain networks.

Follow Meter.io to learn more about the project and stay up to date on its latest updates.