Meter Passport is an N-way blockchain router that allows assets and information to flow directly from one blockchain to another within minutes or even seconds, secured by a group of decentralized relayers. The initial set of relayers includes ProtoFire, HashQuark, Wetez, Infinity Stones and Meter.io. An implementation with an unlimited number of relayers will be available later this year. 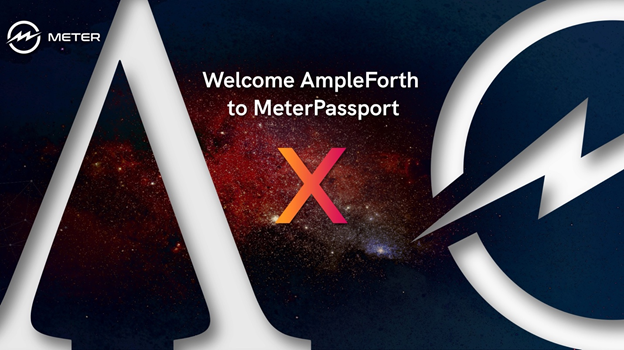 Ampleforth will lead the charge as one of the first DApp launchings on Meter Passport. The infrastructure allows it to not only transfer Ampleforth (AMPL) tokens across blockchains but also use inter-blockchain smart contract calls to control the token rebasing and the total circulation on all blockchains through the master smart contract on Ethereum.

“We are excited to partner with Ampleforth to build the world’s first multi-chain asset class and showcase the possibility of composable decentralized finance across multiple blockchains,” said Xiaohan Zhu, CEO of Meter.io, adding, “With the help of such infrastructure and asset class, DeFi smart contracts will be able to automatically move liquidity, find the best price and yield across different blockchains in the future.”

The Ampleforth protocol was developed to create the first independent DeFi building block for denominating stable contracts in Web 3.0 finance. It did so by introducing the world to a supply elastic building block called AMPL, which would be uncensorable and non-dilutive like Bitcoin (BTC) and be able to exist without centralized intermediaries or lenders of last resort. However, unlike BTC, AMPL was designed to serve as a stable unit of account in a decentralized, bankless system.

“Leveraging Meter.io’s infrastructure will bring more robust functionalities to AMPL,” said Evan Kuo, CEO of Fragments, the development company behind the Ampleforth protocol, adding, “The initiative marks another step toward the adoption of the AMPL token by first tapping into the rich and growing ecosystem of Binance Smart Chain.”

Meter.io is a highly decentralized Ethereum scaling solution with a built-in metastable gas currency. It connects to Ethereum and other blockchains as a layer-two protocol and allows smart contracts to scale and communicate seamlessly through heterogeneous blockchain networks.

AMPL is the first rebasing currency and a key DeFi building block for denominating stable contracts. The Ampleforth protocol adjusts the total supply daily based on market conditions, transferring volatility from price to supply. Ampleforth’s elastic supply policy does not rely on traditional banks or lenders of last resort, unlike stablecoin models. Because of this unique approach, AMPL can be used as a unit of account for smart contracts in a manner that is not possible with other cryptocurrencies. Learn more about AMPL here and follow Ampleforth on Twitter.