Washington — MicroPets, one of the most popular crypto projects on BNB Smart Chain with more than 68,000 holders, has announced a massive overhaul to its rewards system. Although the changes just rolled out, MicroPets has already experienced more than a 100% increase in value. 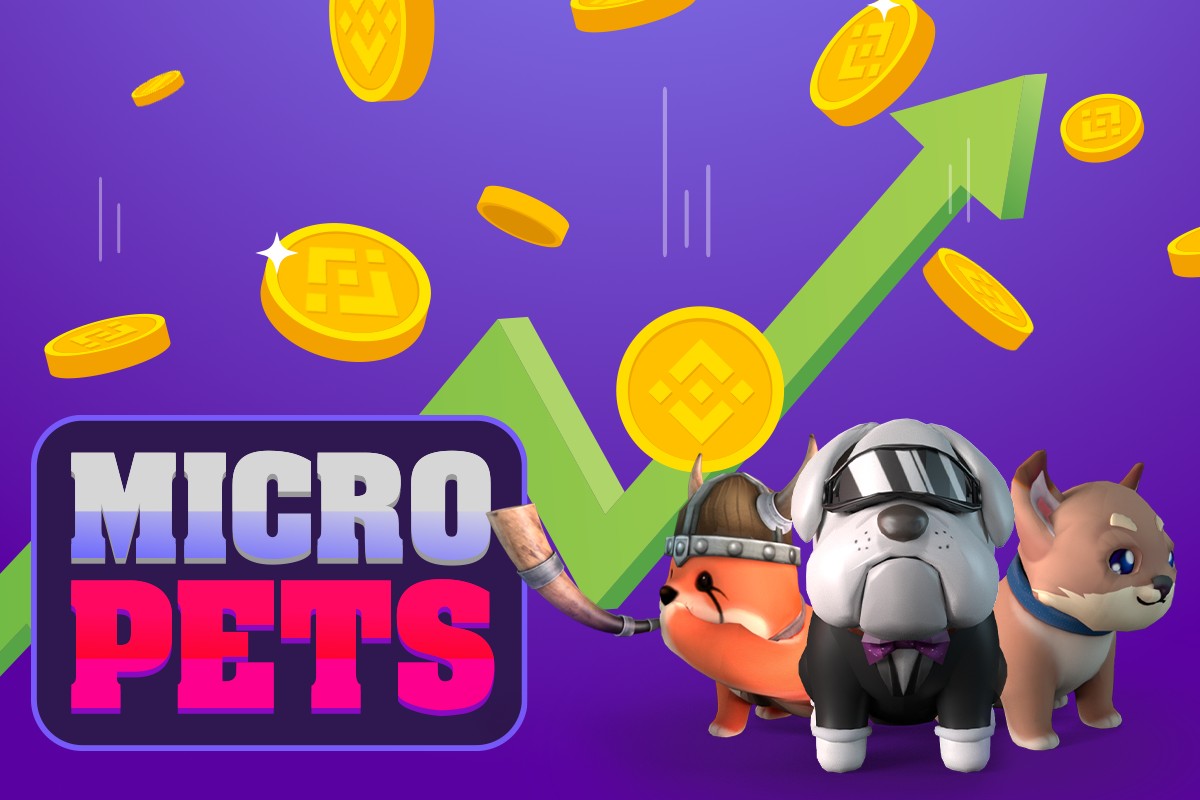 Like nearly every nonfungible token (NFT) staking project, MicroPets supplements its native token asset, PETS. In three months, the team has issued an estimated $10.5 million in rewards. Despite the project hitting an all-time-high value of $207 million, selling pressure from rewards was a constant drain on price.

The rewards overhaul is a game-changer and has been called genius by community members. The team has dramatically limited rewards in PETS tokens and instead gone with a completely different approach that combines NFT burning with BNB rewards.

The MicroPets team has created two distinct pools: unevolved and evolved. Investors who choose to receive PETS rewards will receive a tightly controlled quantity monthly. However, with the evolved pool, users receive BNB rewards and the ability to buy PETS tokens with BNB tax-free. The result allows investors to dollar-cost-average their BNB rewards with zero taxes.

Since the NFT supply is high, the team incentivizes users to burn an NFT to begin the evolution process. In pairing an NFT with one of equal-or-higher rarity, the user burns one of the two and the NFT then enters a 14-day incubation period. Afterward, the user can collect the Evolved NFT, which then enters the BNB staking pool.

This results in a reduction in NFT supply, less demand for rewards due to incubation and a great pump — especially considering that the team has put 800 BNB in the Evolution pool for the first 30 days. As of this writing, the reinvestment rate of BNB rewards is 85%, which is incredible.

The team also plays another key role that will help in analyzing its blockchain data, ensuring live statistics on everything, including rewards and reinvestment rates, pet prices and all major financial decisions. Such practice is a rare sight in the world of decentralized finance and puts MicroPets in a class of its own.

The team plans to use these metrics to ensure a 30-day community review with performance goals, better implementing rewards overall.

MicroPets Runner will be released this quarter. Nearly every play-to-earn (P2E) game funds its demise with its rewards systems, so the MicroPets team has opted for a new approach. Leveraging P2E as a marketing funnel, it will draw in new users with free pets while leading them through the buying process as they work to acquire their first paid MicroPet.

The team will have a shop that’s refreshed every 30 days and powered by smart contracts. It will have 3D NFTs among other items that players can claim and a raffle-ticket system enabling smaller investors to still have fun and potentially earn.

The team will combine the best aspects of both Web2 and Web3, creating a rewards system that doesn’t lead to excessive selling pressure while acting as a monthly allure for players.

The MicroPets team will build its metaverse expansion, Petropolis, and is already working on telling its story using an award-winning animation studio.

In Petropolis, MicroPets investors will be able to leverage their 3D NFT portfolios and land assets in a community-driven ecosystem and economy, all powered by the Petropolis token. Six different land types are planned, each with its own unique city, crafting resources and more.

Coinciding with major upcoming releases for the MicroPets project and its upcoming P2E game are additional exchange listings. The team has found a key partner that’s guiding them in an exchange blitz, designed to further drive visibility and awareness for key markets such as China.

The MicroPets team is poised for great success, considering its recent changes to the rewards system. The chart and resulting price action have spoken for itself along with the community’s enthusiasm. With everything else the team at MicroPets is working on, the future is bright with opportunity.

MicroPets has taken the hottest memes in the crypto space, from Doge to Floki, and transformed them into loveable 3D NFTs. To purchase MicroPets tokens on PancakeSwap, visit its custom-built decentralized app and purchase a crate. Inside the crate is a random 3D NFT, each with its unique rarity and staking multiplier. The rarer the NFT, the better the rewards. The team also has an upcoming P2E game in development set for release this quarter. Tens of thousands of 3D NFTs have been sold.