Minotaur Money, a cryptocurrency-backed reserve currency and decentralized venture capitalist (VC) on the Cronos Network, launched on Jan. 10 with a unique holder-reward system. By reinvesting its treasury in blockchain projects, tokens and equity, Minotaur plans to realize outsized returns. Minotaur is poised to become the premiere decentralized autonomous organization (DAO) on Cronos and expand into the multichain arena. 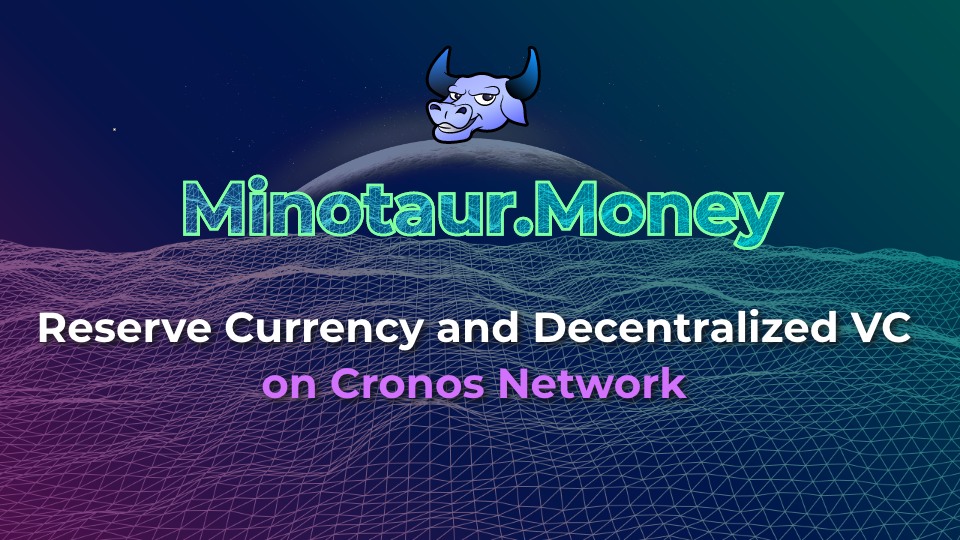 The Minotaur Money presale, which raised 250,000 Dai tokens, sold out in less than one minute — the fastest out of any presale in the Cronos blockchain’s history. With this fanfare, Minotaur intends to become the go-to DAO on Cronos, a blockchain supported by the marketing weight of the Crypto.com exchange. Cronos has grown from zero to approximately $2 billion in total value locked in less than two months, making it the fastest-growing blockchain today.

The Minotaur protocol has two unique features to address the problem of DAO user incentivization. First, there is a 6.66% selling tax — a transaction tax that applies only to selling. The tax is redistributed to stakers, which increases the staking annual percentage yield of MINO, the protocol’s token, without increasing the token supply. 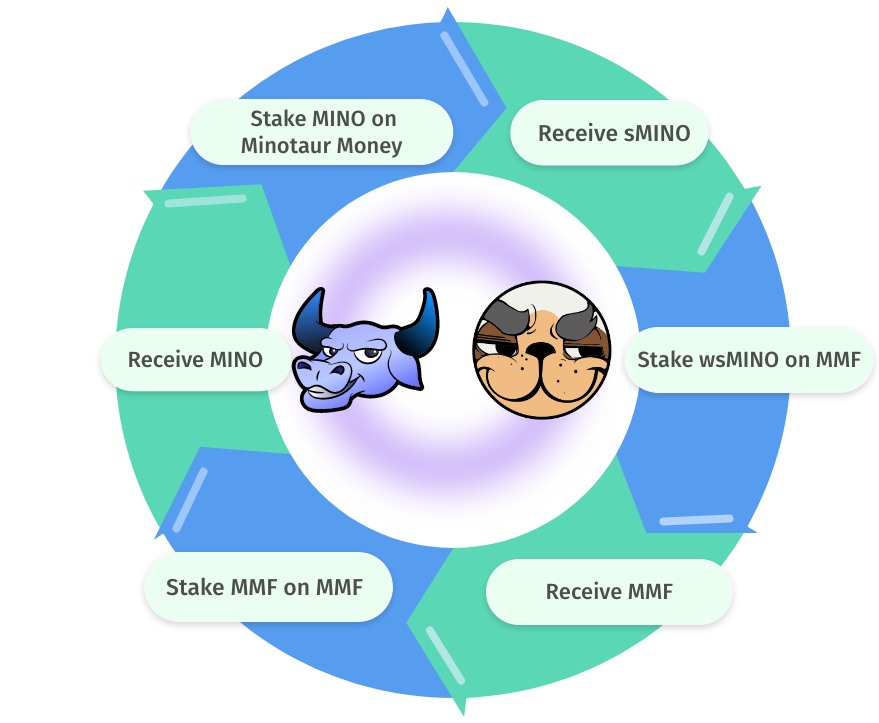 Minotaur’s second holder-incentive program is its outside staking program with Mad Meerkat Finance that provides a bonus annual percentage rate of up to 800% while maintaining MINO staking rewards. This double-reward system can be accessed by staking Minotaur’s wrapped staking receipt tokens on MM.Finance. Earned MMF tokens can then be staked in another pool on MM.Finance to earn additional MINO.

This outside staking program provides Minotaur users with many benefits. The bonus pools amount to a fair, transparent user-giveback program. Each user is entitled to a fair share of the benefits, in contrast to certain DAO benefit programs that feature lotteries or sweepstakes. Deposits in the bonus staking pools are truly “stake and forget” and are not subject to liquidation versus using MINO as collateral.

The protocol also has a fractionality code that allows it to redeploy a large fraction of the funds from its treasury to make additional profit for the DAO. Intended treasury targets include VC deals (acquisition, equity or tokens), multichain liquidity farming, vote escrow systems (e.g., “The Curve Wars”) and blue-chip crypto investment.

Minotaur Money uses the twin mechanics of staking and bonding to build its investment treasury. As part of its VC pursuits, Minotaur Money may also pursue real-world acquisitions and projects in the future. Community voting will decide critical governance issues involved with such projects.

The Minotaur Money contracts are verified on CronoScan. The Minotaur Money team has completed Know Your Customer verification with Assure for community assurance and is committed to the safety and security of users’ funds. MINO tokens can be purchased at MM.Finance and staked at Minotaur.Money.

Minotaur Money is a cryptocurrency-backed reserve currency and decentralized venture capitalist on the Cronos network. It offers fair user rewards through bonus outside staking pools and a selling tax that is redistributed to stakers.