Mises has launched: 3% of total MIS supply will be airdropped to Web3 users

The decentralized social network protocol Mises and its beta application has officially launched. Users can search for Mises on the official website or Google Play to download and experience it. 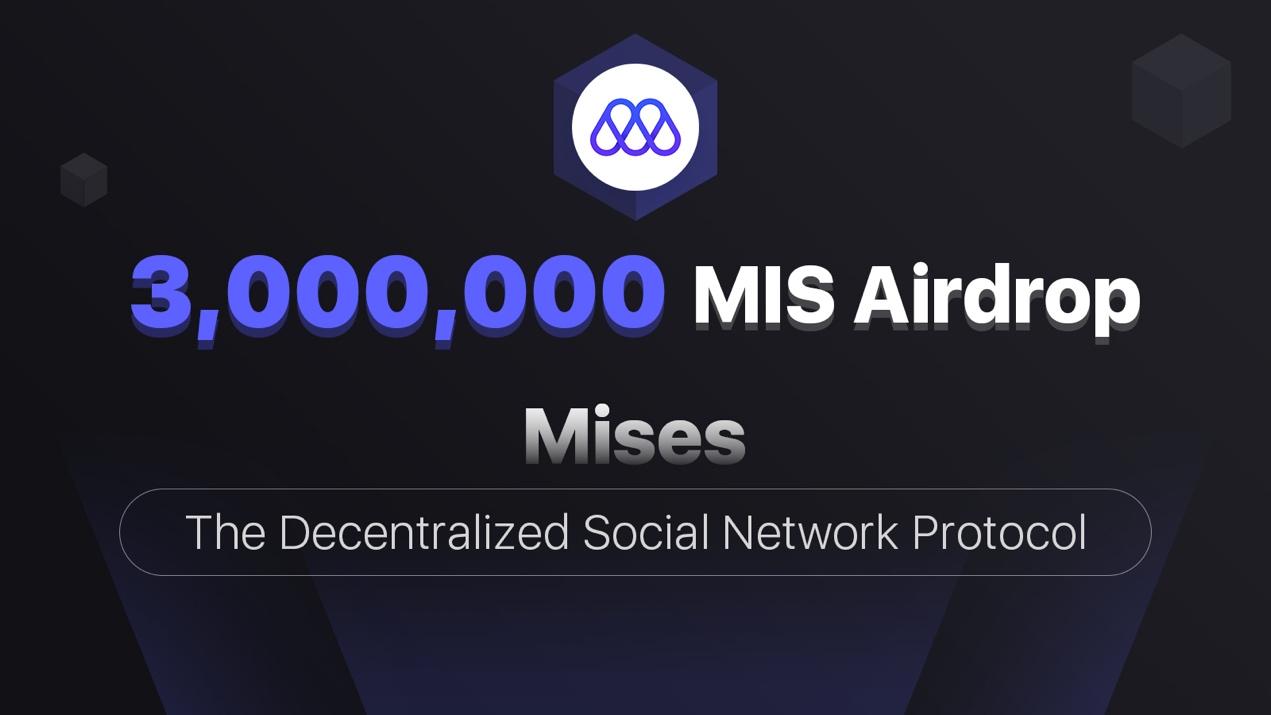 Mises is a decentralized social network protocol based on blockchain technology. It aims to help users control personal data and implement 100% freedom of speech on social media in the Web3 world. Mises raised an angel investment of $1 million from several investment institutions in October last year.

The integrated functions of the beta version of the Mises social network protocol application mainly include the Mises ID, community, browser, wallet and more. In addition to the community function, users can also use the browser and wallet functions integrated into Mises for quick access to Web3 products on mobile devices.

Compared with the products in Web2, the advantages of the beta version of Mises are mainly reflected in the following points:

In order to incentivize and reward early users for their support of Mises, the community has decided to issue a 3% total supply of MIS token airdrop rewards to users who use Web3 social media — of which 2.5% will be airdropped to the first 100,000 Mises users, and 0.5% will be airdropped to key opinion leaders (KOLs) in the Mises community. Users can claim it through the existing Ethereum wallet address or a newly registered Mises ID.