MoonRat is a game-changer for DeFi: Earn passive income by holding

MoonRat is an innovator and the first to bring the EarnBNB feature and anti-whale mechanisms to holders on the Binance Smart Chain network. MoonRat is a community-driven, fair-launched decentralized finance project and aims to bring passive income to holders.

MoonRat is the first project on the BSC network that rewards holders of Binance Coin (BNB) in a frictionless manner. Unlike traditional DeFi, holders only have to hold their coin in their wallet and claim their BNB weekly depending on their cycle. 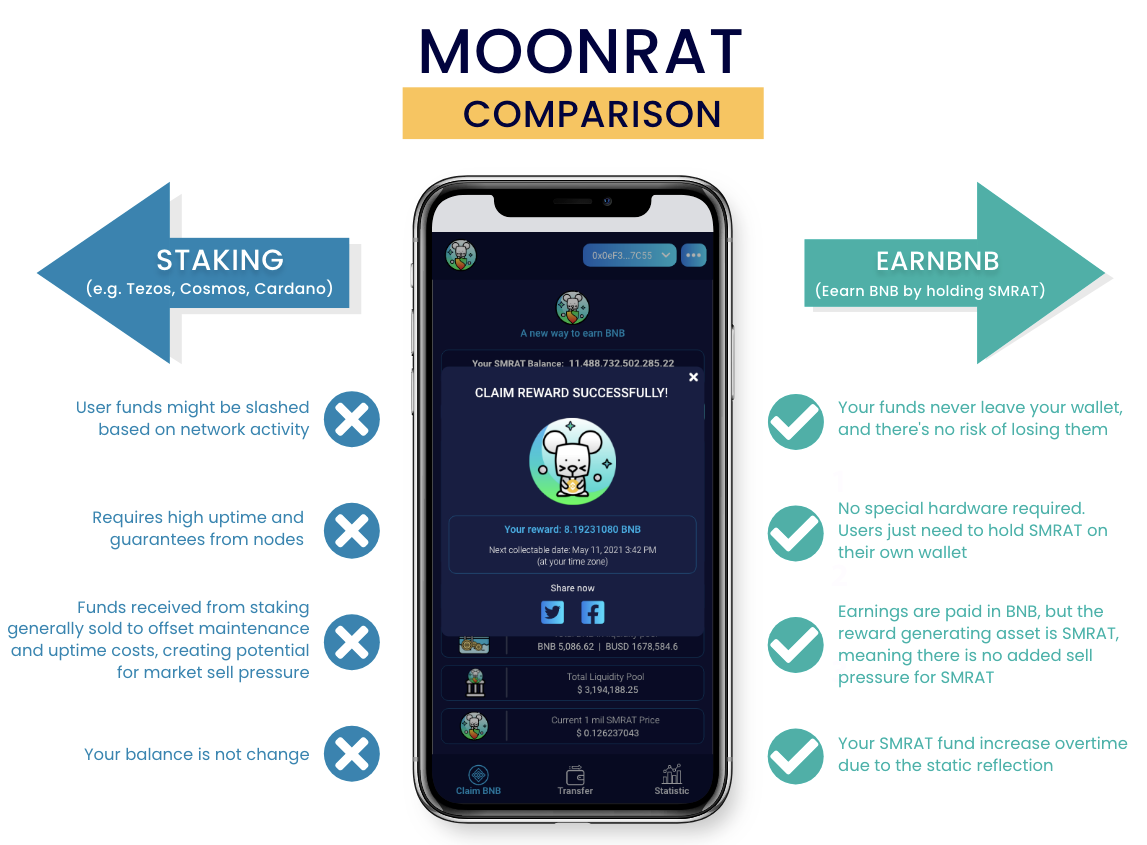 The security and safety of MoonRat investors’ funds is the top priority. MoonRat has had a full security audit by Certik, the leading security-focused ranking platform to analyze and monitor blockchain protocols and DeFi projects.

Many DeFi projects have recently suffered “exploit attacks,” which take advantage of staking mechanisms within smart contracts. MoonRat is a hedge against these attacks because you hold your own tokens in your wallet.

Earning BNB on the platform is as simple as holding your tokens in your wallet. Simply connect your wallet to the platform website and start earning BNB rewards. 4% of every transaction is taken and redistributed to all SMRAT holders in BNB. The more active trading there is, the more rewards there will be for all holders.

There are over 91,000 holders who have received their BNB weekly without doing anything aside from simply claiming their BNB with the click of a button.

Along with the EarnBNB feature, MoonRat introduces the RFI Static Rewards feature that uses 2% of every transaction to distribute to all SMRAT holders. By holding SMRAT, you receive both SMRAT and BNB.

The burn address is also a holder address; thus, each transaction helps to deflate the supply. The burn address currently holds around 8.5% of the total SMRAT supply and is constantly growing due to the RFI mechanism, further deflating the supply.

All transactions — buy, sell or transfer — of more than 0.01% of the total supply will be rejected. This is implemented to protect the holders and help keep the project’s tokens out of the hands of whales, who are notorious for dumping tokens for their profit.

Whales who make a transfer (between two wallets) larger than 0.01% of the total supply will be charged two BNB, which goes straight to the BNB reward pool for holders.

The anti-whale features of MoonRat were created after seeing many projects harmed by the actions of pump-and-dump and exit whales. We are happy to have large investors in MoonRat, but in order for them to take part in the ecosystem, they will need to read our documents and have an understanding of the system to work with the features that are intended to protect smaller investors.

The MoonRat Foundation and its plan to achieve mass adoption

The MoonRat team has a vision to bring passive income to the masses and innovate MoonRat to be the best DeFi platform for crypto newbies and experienced users alike. The MoonRat Foundation was born to build the MoonRat Ecosystem and continue innovation.

Stay tuned for the upcoming EarnBUSD.finance project where you can earn Binance USD (BUSD) stablecoin on the BSC network just by holding an EarnBUSD token. MoonRat aspires to bring the “earn-by-holding” DeFi feature to other blockchain networks, such as Polygon, Solana, Cardano and Avalanche.

Many projects have forked and changed MoonRat’s code, and some even falsely claim they are the original. We cannot vouch for the security or long-term vision of any clones or copycats. We can only commit our long-term innovation and development to the MoonRat ecosystem, its security for investors, and adding utilities to bring SMRAT to mass adoption. 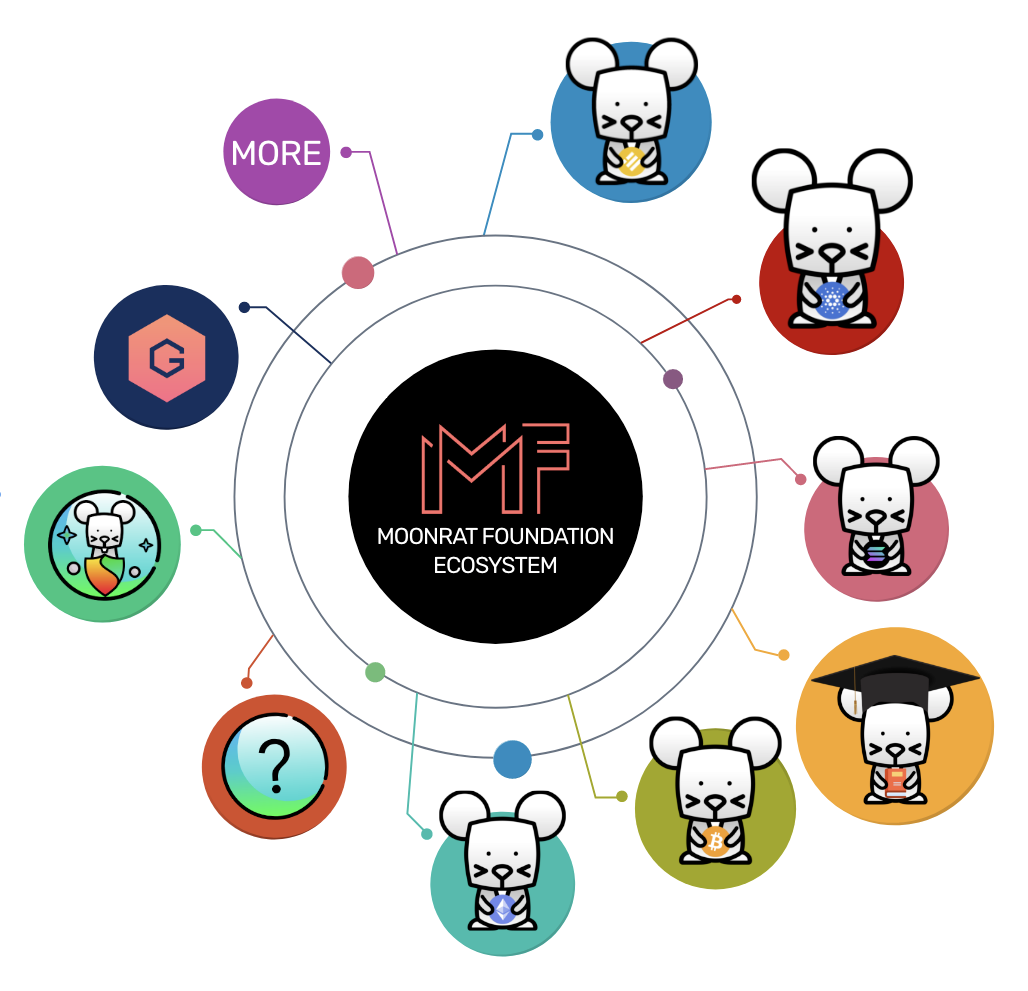 The ongoing MoonRat Hackathon allows all developers and teams to bring their ideas and innovations to the MoonRat Foundation. The best submissions win $40,000 in prizes.