Nelo makes a grand entrance in the world of blockchain technology

Nelo is a protocol and infrastructure that is leveraging the proof-of-stake consensus algorithm to help developers deploy their games and metaverse projects on Ethereum-compatible networks. With a GameFi and metaverse-driven model, Nelo began its journey with the launch of its new website on March 21. Through this grand rebrand, Nelo intends to offer the best experience for anyone trying to build a GameFi or metaverse project. 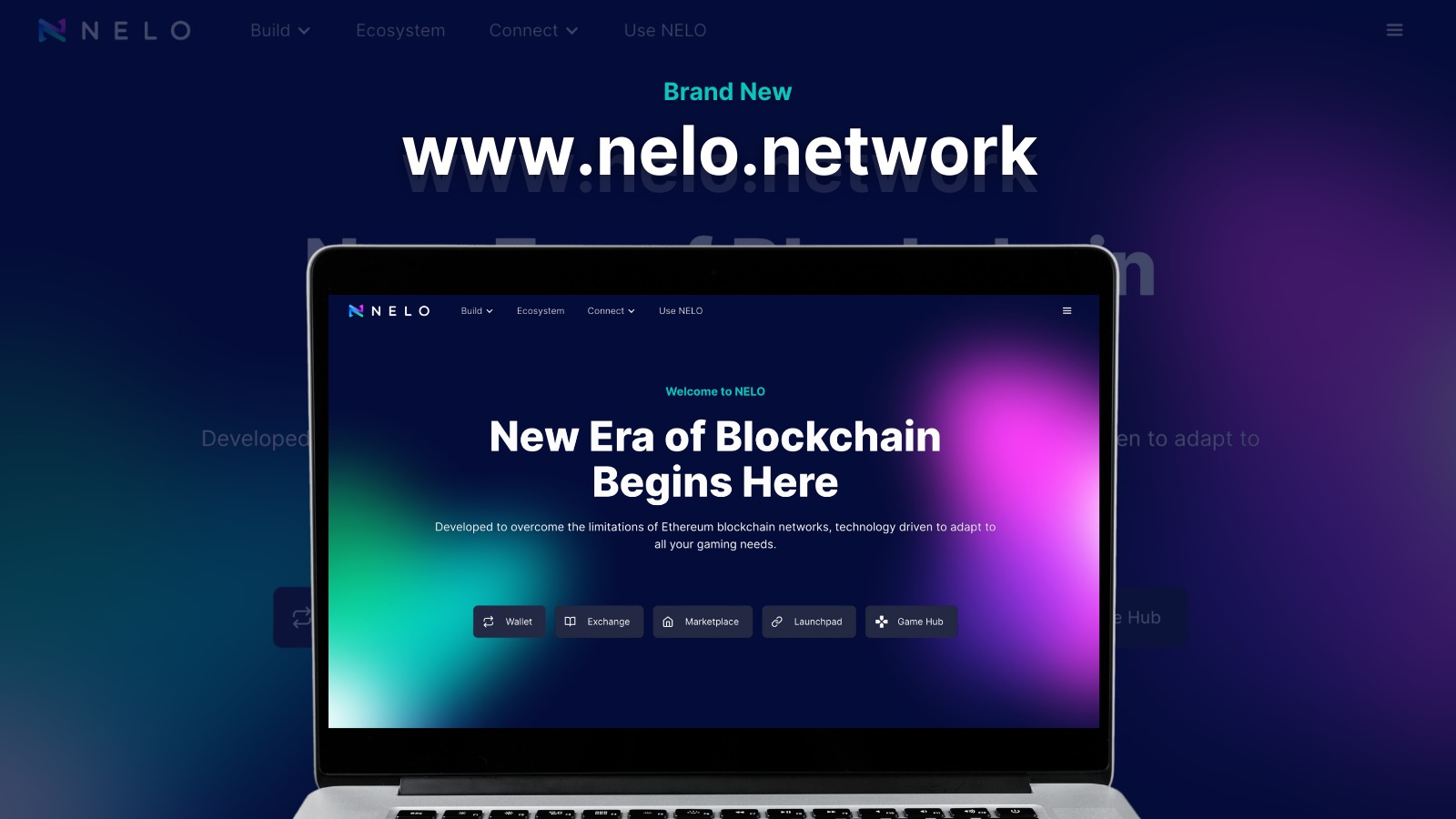 Spearheaded by Walter Teo, CEO and founder of Nelo, the Nelo team has rebranded itself to create a blockchain that will provide users with the fastest and most reliable system in the crypto space for gamification and the metaverse.

In redirecting its efforts to bring Nelo’s game to life on the new blockchain, Nelo Smart Chain (NSC) is in the testnet phase and is set to launch its mainnet in September 2022. It wants to show users what it feels like to use a blockchain designed for the metaverse rather than the other way around like other competitors.

As a matter of fact, Nelo’s team is a group of driven creators that are enthusiastic about the future of GameFi and blockchain. These people are passionate about creating the best experience for anyone trying to build a GameFi or metaverse project. The idea of rebranding Nelo came from Nelo supporters and inspiration drawn from Changpeng Zhao, CEO of Binance.

Many blockchains in operation today promise high throughput and low fees, but these were created before the blockchain-gaming revolution. Therefore, they aren’t built for the high usage of games. They are now unsuitable for providing high playability, a unique economic model or a fascinating reward system.

However, Nelo aims to solve this by using centralization validators and nodes to minimize fees and costs. It intends to establish a tie-up with existing games to build high-reliability nodes and facilitate a more decentralized approach.

Shawn Tan, head of business development and marketing at Nelo, said, “Here at Nelo, we are ready to redefine the blockchain industry: being the building block between the present and the future to create one harmonious ecosystem.”

Moreover, speed, security and scalability are the priorities and principles of Nelo. With the platform, developers can create and transform their vision into reality with no expenses spared.

Blockchain technology is gaining traction among more sectors of digital interactions, including gaming. GameFi creates completely new economies where players can own assets, earn tokens, and trade them in marketplaces.

Nelo also offers the first-ever GameFi and metaverse-oriented blockchain to seasoned and young developers and their users. It will be using the new blockchain NSC to build its game to demonstrate its product. To achieve this, Nelo has secured a strategic partnership with a leading software and game development company to co-develop a new and exciting Nelo metaverse game called Neloverse. This game will be state-of-the-art, with a captivating design.

In Neloverse, players and creators can decide their own game experiences and take the lead to monetize their creations within the game. Plus, nonfungible tokens (NFTs) will also play a significant role in Neloverse. Neloverse will also include GameMaker software, and players will be able to use VoxEdit to create their own voxel-based NFTs. Every character created will hold a unique place in Neloverse, and Nelo plans to partner with big fashion brands to create a whole new experience.

Gamers can own NFTs such as a Land NFT — a digital piece of real estate in the gaming metaverse that players can purchase to build experiences. Once users own Land NFTs, they will be able to populate them with games and assets. Plus, players can use the virtual land for events such as hosting games, playing games on other players’ lands, staking or forming districts.

NELO is a protocol and framework for building and connecting Ethereum-compatible blockchain networks, eliminating the barriers of Ethereum blockchain networks. Speed, security and the ability to scale are the priorities and principles of Nelo.

For more information on NELO, refer to its brand-new white paper to be released shortly after its rebranding.