The rapid development of the decentralized finance (DeFi) industry marked the beginning of an era of combining nonfungible tokens (NFT), gaming and farming mechanics in the form of play-to-earn (P2E) games. Today, hundreds of thousands of people spend months of their lives in virtual worlds. Most do not monetize their time in the virtual space at all, missing out on the fact that the in-game time has a great value now. P2E games began to develop actively only this year, but there are already many options for gameplay and storyline in games based on the P2E model.

One of these games gaining popularity right now is NFTcraft.

NFTcraft.game is a P2E NFT game metaverse on the Polygon blockchain. The game was launched recently on the game starter platform NFTcraft.game, and all NFT objects there are fully backed by the Ethereum Network. NFTcraft has a simple and engaging gameplay familiar to everyone from beloved Minecraft. 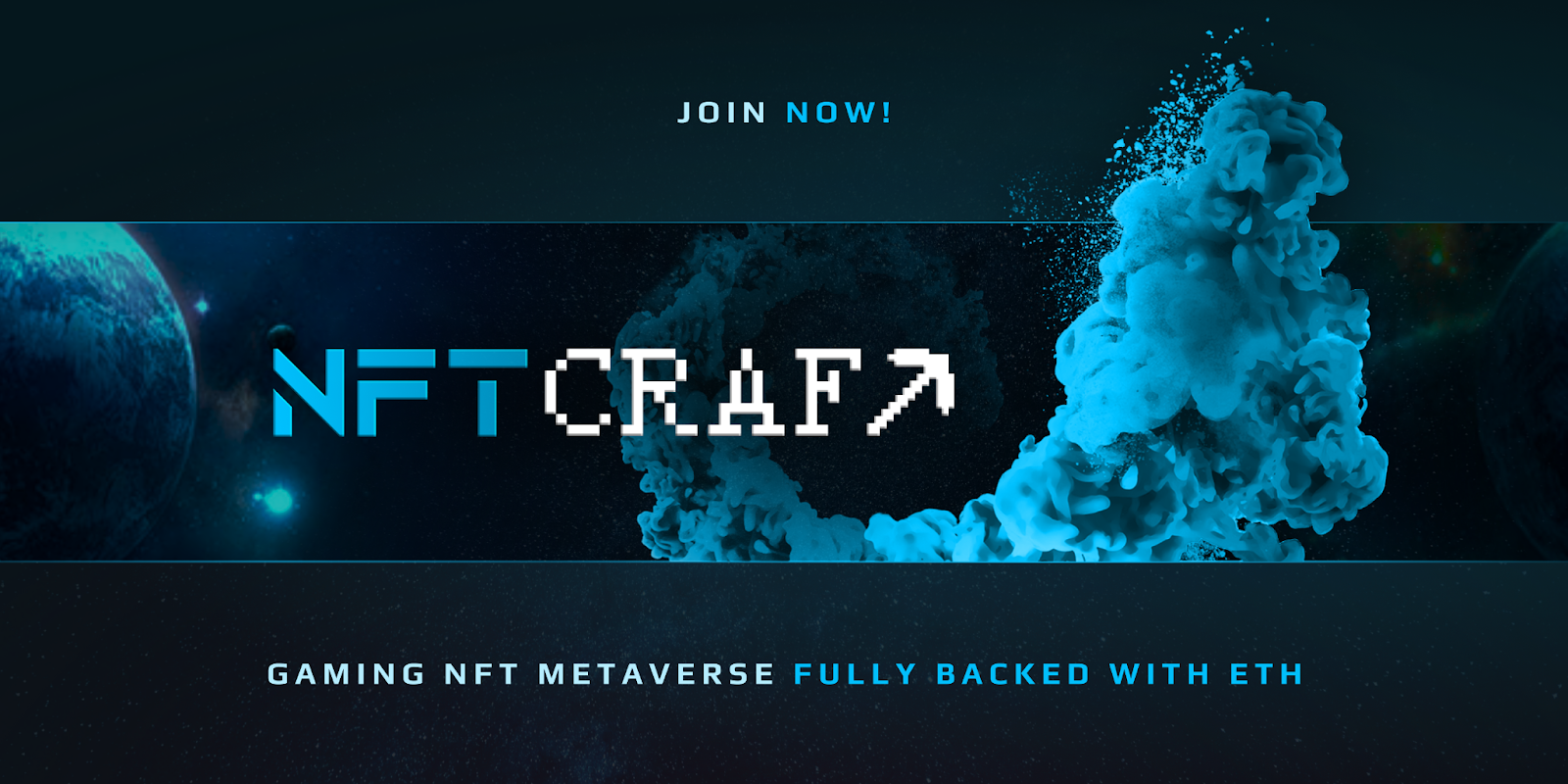 The NFTcraft.game platform itself offers a complete ecosystem for digitizing triple-A games and implementing a P2E model with NFT objects in them. Each developer using the platform to run their P2E games can release an unlimited amount of NFTs with custom finely tuned parameters for each unique object. Despite the fact that the NFTcraft.game platform is still at the very start of development, already two triple-A games are in the process of launching and adapting for BlockChain.

NFTcraft.game promises to launch many other services that developers need such as a marketplace, launchpad, statistics aggregator and its own sidechain layer-two solution to minimize transaction costs and increase capacity. The layer-two solution will keep in sync with many popular on-chains and will be easy to use for developers.

The Binance and Venus teams have confirmed their interest in developing this P2E game. The DeFireX team is actively involved in the development of the game as well. Well-known early investors of the project include venture funds: W3G.CAPITAL, Digital Assets Fund, Defirex OÜ, P2Escan, Marins Group and others.

Today, the project is at the stage of a private token sale round. Allocations for influencers and advisers have been included in the NFTcraft tokenomics, and an ambassador program has been announced.

What is the essence of the NFTcraft metaverse?

The game has one and only goal: to collect as much of the native token Radiant (RAD) as possible. The radiant is fuel for a rocket that is capable of capturing a large asteroid containing the most valuable substance in the universe, the neo-gold Ether (ETH).

You play as a galaxy dwarf and travel the universe in search of valuable resources, primarily RAD. Explore fantasy worlds, dig the Radiant, fight and try to get ahead of other dwarves. Each player must be smart and quick-witted and apply an appropriate character upgrade strategy in order to get as much RAD as possible and, accordingly, earn a larger share of the Ethereum prize pool.

How to start playing and earning ETH?

At the beginning of the game, you choose the type of rarity of the dwarf and the island with characteristics that are random for its class. The rarer the type of dwarf you have, the more powerful parameters for its group the dwarf has. Characters can be upgraded for NFT resale in the secondary market. Islands also vary in size and resource abundance.

During the game, you extract various resources besides the Radiant, for example, rubies, which can be used to temporarily increase the parameters of a dwarf. You can build NFT objects in the Main City using other valuable and rare resources. The built-in NFT constructor opens up wide possibilities for creativity, allowing you to create any art objects and buildings in the form of NFTs. These objects will also have a verifiable primary value since materials have an initial price and the location of the NFT object is popular.

The game ends the moment the Ethereum farming fund is opened. Each player will be awarded a reward in ETH according to the share of the mined RAD. Players are actively discussing their results in the project chat.

Basic NFTs can be upgraded to increase the economic value of the game or for reselling in the in-game or in the secondary market. All NFTs in the game are backed by the Ethereum farming fund, which receives 90% from the initial NFT sale and 2% from each resale. In the course of the game, funds from the fund will be used in yield farming in large projects such as Aave, Venus and Compound. The fund opens once Ethereum reaches the target price.

The project team has already made public alpha testing of the economy and blockchain mechanics of the first game’s version.

A demo version is now available on the Polygon blockchain, where Chainlink is used to randomize the parameters of the islands and characters. Team also planning to launch a version of the game on Binance Smart Chain, and then launch their own network. According to the Roadmap of the project, a pilot version of a 3D game based on the Unity engine will be launched at the end of 2021. The game engine version will revolutionize the standards of P2E games with graphics, storyline and multifaceted economy. You will be fully immersed in the fantastic world of NFTcraft.game 3D metaverse.