The concept of decentralized autonomous organizations (DAOs) is perhaps the best management strategy that blockchain technology has offered yet: a completely decentralized setup where all qualifying stakeholders have a say in the operation of an organization. This means that there is no top management that controls the platform or organization, no board rooms, no board members and certainly no development team in charge. The power is distributed to the people.

DAOs are a very good example of how the power of decentralization and collaboration can work effectively toward a common goal. In an attempt to hand over power, however, DAOs become siloed in the larger picture.

This is due to the fundamental way DAOs work. Governance tokens are distributed in a variety of ways to the public. Only those who possess these tokens can become stakeholders and gain the power to propose or submit changes to operations, technical upgrades and other things.

In short, each DAO has its own set of rules and works independently, creating a disconnected nature. It is these different aspects of silo-like existence that NnsDAO intends to break down.

NnsDAO is creating what it calls an Internet Computer, a vast digitally connected network where each user and device acts like it is a part of a single global computer. NnsDAO envisions a world where all applications, computers and users are interconnected.

A practical implementation of Web 3.0, NnsDAO will ensure the data and privacy protection of all users, but at the same time, it will allow anyone to join any subset DAO, contribute to projects, move between platforms, or run different programs and apps. Everything is controlled by smart contracts, and with no governing bodies, NnsDAO offers full freedom to do what you want, as you please.

There are different ways in which the platform plans to make all of this possible. For example, Ipscan is a blockchain scanner service by NnsDAO that will work within its Internet Computer and will act as a single place where all connected blockchain activities — such as wallets, token rankings, tracking transactions, etc. — will be available. Ipscan will not only become a one-stop block explorer, but the aggregated data will help all participants with better analysis and understanding of the involved chains’ dynamics.

Icptree will help in creating value by connecting like-minded people together. Common interests will be taken into account, and DAOs within NnsDAO will be able to better connect with the right individuals, opening up a new frontier of projects’ viability.

A single place for all connected blockchains and DAOs, Icodrops will give users the option to take part in any participating platform’s token airdrop. Rather than hunting around for the next free token drop, users will be able to save their time and effort. For projects, this means they will be able to gain access to a larger user base.

Texas Hold’em is a practical use case of NnsDAO, where people are free to take part in the game. With more than 15,000 players and 57,550 games run, Texas Hold’em has shown that NnsDAO-based Motoko actor smart contracts can help settle winnings and payments on a large scale.

NnsDAO is meant for the people, and in regard to that, it recently held an “ask me anything” (AMA) session in conjunction with the Internet Computer Protocol. The session was open to the public, and the team discussed not only the potential the project has and what the platform intends to resolve but also the different benefits it brings to the masses. During the AMA, different queries from the public were answered in an attempt to give people a better idea of what NnsDAO is and how it will help the crypto community at large.

NnsDAO is also actively running its token airdrop. Participants can get a hold of its native NDP token free of cost. It serves as a governance token, giving the holders the right to vote on different aspects of the project once it goes live, living up to its DAO nature. Accessing the socials of NnsDAO will also help the public get updates on all developments, including whitelisting for its eventual public sale. 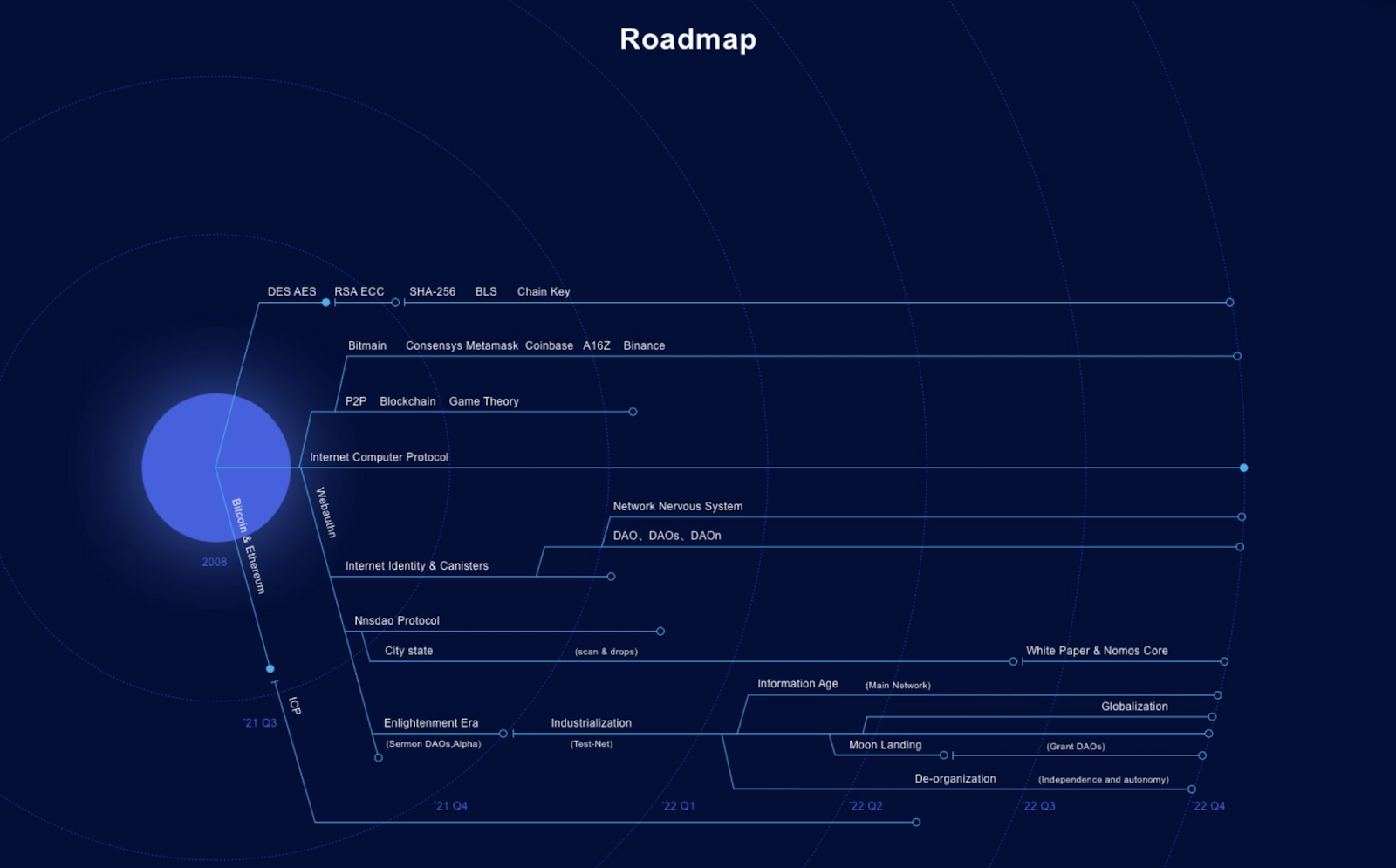 Billing itself as a boundaryless autonomous organization, NnsDAO is a perfect example of how it is possible to connect independent DAOs and platforms in a massive single distributed network and leverage the combined power, offering advantages to not only the users but the various organizations at the same time.