The Stockholm Blockchain Forum which took place on April 11th turned out a success with global experts gathering with the core blockchain community in Stockholm for a day filled with riveting discussions. Headlining speakers included Ivan Liljeqvist, most known as Ivan on Tech, and Taavi Rõiva, the Former Prime Minister of Estonia.

The first edition of the Stockholm Blockchain Forum by Techbook turned out rather successful. Up to 200 delegates from the core blockchain community in the Nordics, as well as experts from various parts of Europe, gathered for a day of riveting discussions. The stellar line-up was the brainchild of the Former CEO of Optimizer Invest, Carla Maree Vella.

The speaker line-up included prominent names such as Ivan Liljeqvist, world-famous YouTuber under the name Ivan on Tech, who made the rare exception to start his daily Good Morning Crypto fifteen minutes earlier in order to make it to the opening of the conference at 9.00 AM.

One of the most anticipated panels of the day was the panel titled ‘Future of finance – STO and tokenisation of assets’ with Heinrich Zetlmayer and Shahjahan Yousuff Khan, both of whom had practical and hands-on experiences from pioneering this field in their respective jurisdictions.

“It started two and a half years ago when we did the first token offering for Lykke, which is an exchange, and basically 100 tokens equalled one share in the company. The token basically gave people the same rights as a shareholder normally would have. Financially this was a derivate, so it did not give people the full rights to everything, but basically they could convert it into equity. We had 75 000 token holders, and guess how many of them who converted their tokens into shares? It was zero. The reason why they never converted was that it was tradeable. Until there is a licensed exchange for trading security tokens, there will still be a lot of barriers for security token offerings,” said Heinrich Zetlmayer during the panel.

Another highlight of the day was the announcement of a partnership between Swedish-based brokerage platform Safello and the digital identity app Yoti, allowing users to buy crypto with their debit cards in less than 60 seconds across without having to create an account or log into any existing account. 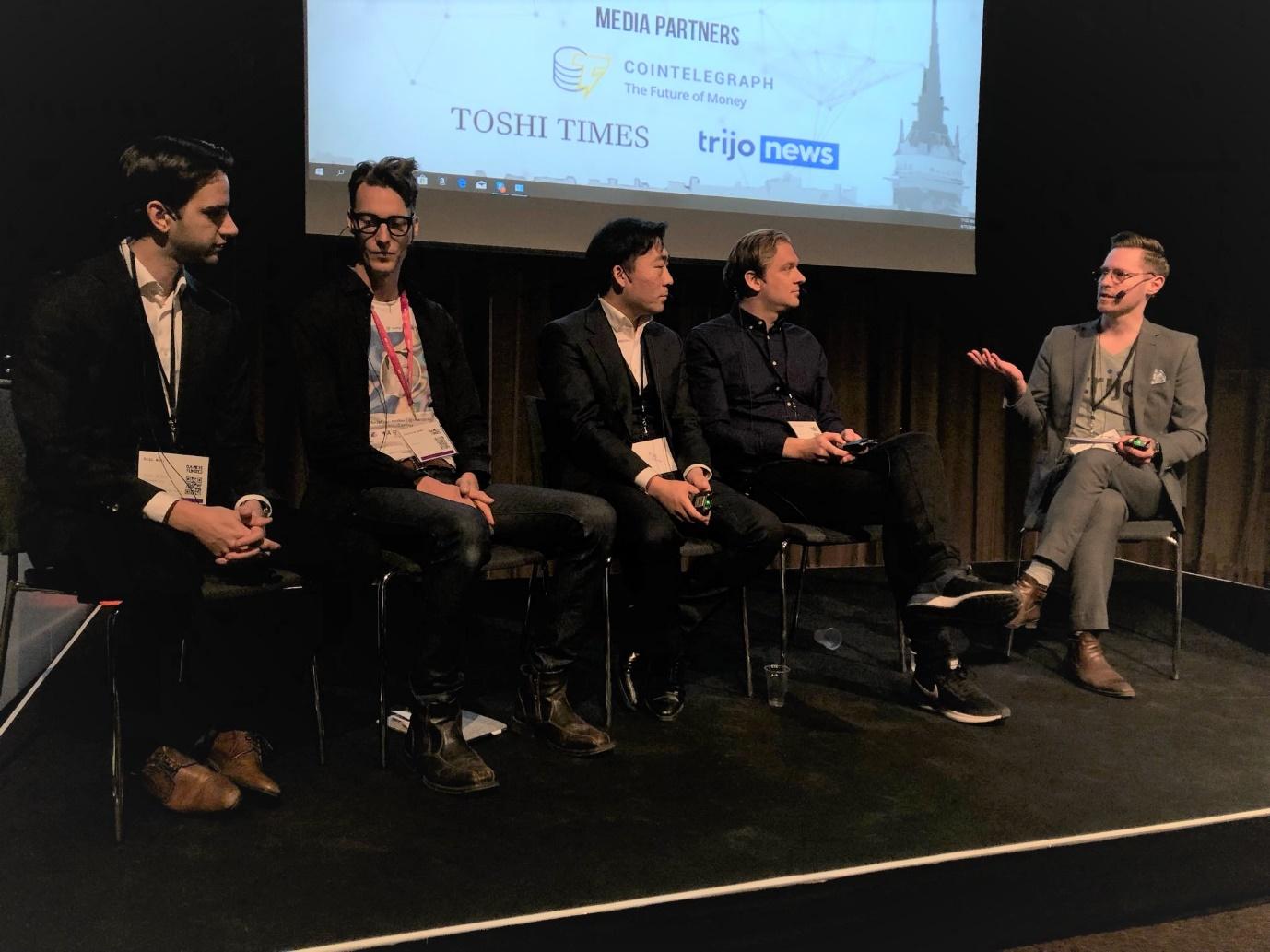 Frank Schuil, CEO of Safello, explained that the combined solution represents how trusted providers in brokerage and ID verification work together to lower barriers to crypto ownership.

“With Yoti verification integrated into Safello brokerage, we are replacing cumbersome Know Your Customer (KYC) processes with a simple and universal app. Users can now transact in cryptocurrencies with confidence and peace-of-mind, within seconds. Our partners will be able to extend the same crypto buying experience to their users on their own platform when they integrate our widget with Yoti identity verification already embedded,” said Frank Schuil during the announcement.

The Stockholm Blockchain Forum brought delegates from all across the Nordics and was deemed a success by the organisers. It is expected to return next year in greater size following the successful launch.

For sharing in social media, please use these tags: