Opportunities for the cross-chain bridge on Ethereum 2.0

As the Ethereum Beacon Chain reached its second birthday in mid-September this year, Ethereum officially transitioned over to proof-of-stake (PoS) from the proof-of-work consensus model.

According to recent data from the Beacon Chain, the number of active validators has reached 442,458, and the total amount of staked Ether (ETH) has exceeded 14 million. According to the Ethereum consensus mechanism design, validators who stake their ETH and perform signature tasks receive an income of around 4% APR. This incentivizes users to actively participate in the network consensus by staking their ETH, which makes the network more decentralized and secure.

Cross-chain bridges, which serve as infrastructure to link Ethereum with the rest of the blockchain ecosystem, play an indispensable role in the decentralized finance (DeFi) sector. Various cross-chain projects have been launched in recent succession, showcasing the popularity of cross-chain infrastructure.

While the development of Ethereum and other emerging blockchains has been in full swing, cross-chain bridges have encountered some development bottlenecks. In the mainstream cross-chain protocol design, a cross-chain transfer entails users locking up their intended cross-chain assets into the bridge smart contract on the source chain. The cross-chain bridge unlocks the corresponding assets from the liquidity pool on the target chain or mints the same amount of wrapped assets.

This has led to an increase in the number of hacks against cross-chain bridges. The main reason for that is the increase in the value of the funds locked in the bridge, which gives incentives to hackers. In addition, the complexity in the structure of cross-chain asset transfer logic leads to security vulnerabilities. Thus, as the number of users and the TVL of bridges grows, the projects should carefully consider how to handle such significant amounts of locked funds.

According to the design of Ethereum 2.0, users must stake at least 32 ETH in the execution layer to be included in the list of validators. The validators are randomly selected by the Beacon Chain through the Randao mechanism to be assigned to a variety of roles in each cycle, and the rewards are earned by completing the signature task. 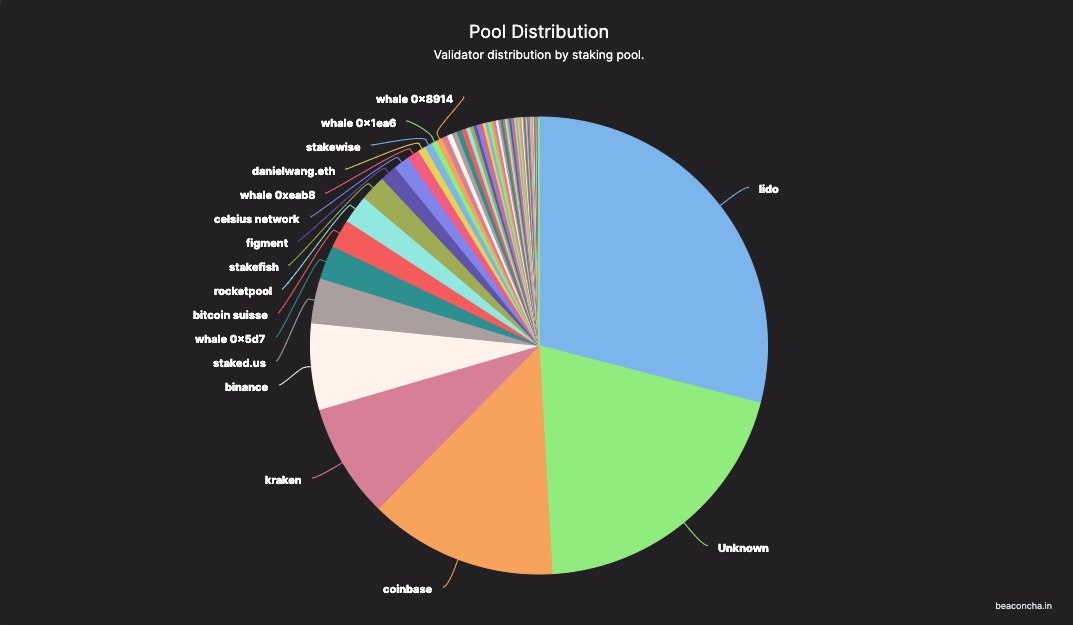 The current staking distribution data shows that the total amount of ETH staked in Ethereum 2.0 PoS is 14.2 million, of which the main staking service providers are Lido Finance, Coinbase, Kraken and Binance, with their shares adding up to a total of 56.54%, which exposes it to some potential centralization risks. If more small-scale stakers were to join, it would help to increase the decentralization of the Ethereum network and improve the network’s resistance to censorship.

How can we utilize the assets that are locked in? On the one hand, provide additional benefits for cross-chain users in the form of rewards. On the other hand, disperse some of the funds so as to avoid the accumulation of large amounts that might incentivize attacks by malicious actors.