Pablo Escobar’s Brother Sells out ICO Round 1 of Dietbitcoin in Just 1 Week, Starts ICO Round 2

Pablo Escobar’s biological brother, Roberto De Jesus Escobar Gaviria, has just sold over 300,000 dietbitcoins, selling out Round 1 of the Pre-ICO in just 1 week. 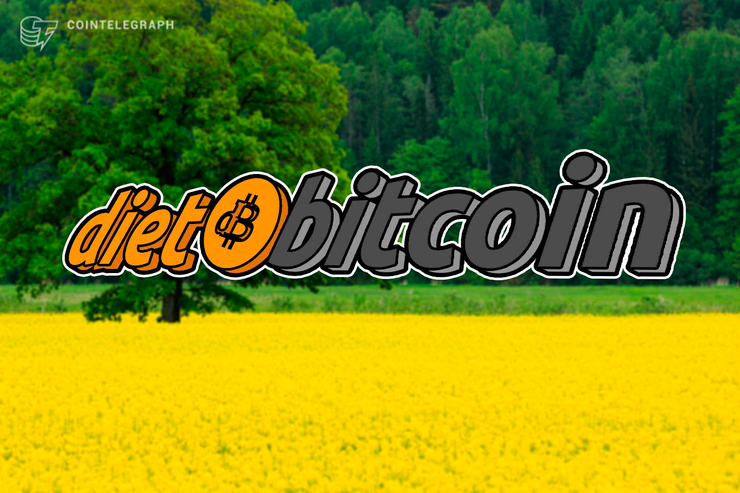 Pablo Escobar’s biological brother, Roberto De Jesus Escobar Gaviria, has just sold over 300,000 dietbitcoins, selling out Round 1 of the Pre-ICO in just 1 week. Round 2 is now live at the website and currently discounted to only $3.50 per coin. “My coin will sell out completely, of course. All of my early followers will thank me in the end. When my coin becomes very valuable. It will. When you wait, you lose. I do what I say. I am a man of action. I created dietbitcoin for the people.” Says Roberto Escobar, Founder of Escobar Inc.

Dietbitcoin (DDX) is a new completely decentralized cryptocurrency, a hard fork of the Bitcoin network, essentially a faster and lighter version to Bitcoin but with centralized management of Escobar Inc and Roberto Escobar to fully support the coin growth and progress.

“Everyone should listen to these news, go to the website and buy as many dietbitcoin’s as you can afford, the value will be very high as we are identical in numbers to Bitcoin, except we are 2000 times cheaper right now” says Daniel Reitberg, Chief Operating Officer of Escobar Inc.

Roberto Escobar, alongside his brother Pablo, belong to one of the most successful businessmen in history, having made over $100 billion dollars in profit during his career. “I made over $100 Billion Dollars in profit throughout my career. That’s more than any other company in the world has made in profit, ever.” says Roberto De Jesus Escobar Gaviria, Pablo Escobar’s brother in his new book “Pablo Escobar’s dietbitcoin: After making $100 billion dollars, Roberto Escobar launches the dietbitcoin “DDX” cryptocurrency”.

“Why would anyone on the planet buy bitcoin or any other cryptocurrency where there is no real team behind it? Our team of staff at Escobar Inc are committed to support the cryptocurrency dietbitcoin fully and are managing the day-to-day operations of this new currency.” says Escobar Inc Chief Executive Officer Olof Gustafsson.

The new cryptocurrency is currently available for sale for only $3.50 per coin (2000 times cheaper than Bitcoin) at the website. Only a very limited amount of 1 million coins are for sale.

Escobar Inc is a private holding company based in Puerto Rico, USA and Medellín, Colombia. Founded in 2014 by Roberto De Jesus Escobar Gaviria, brother of Pablo Emilio Escobar Gaviria, Olof Gustafsson and Daniel Reitberg. The company has registered the Successor-in-Interest rights to Pablo Escobar in all the states in the US where such registration is available, including but not limited to California. The company also owns all trademark and all copyright rights for Pablo Escobar. In addition, the company owns several subsidiary companies, including but not limited to Angel Empresas SA, dietbitcoin SA and The FridX quantum annealer.