"Play & Earn" is no longer a strange term for most GameFi believers. Recently, Remitano Network, Remitano's blockchain network, launched a novel airdrop in the format of "play-to-earn," allowing users to own the network's RENEC token in the form of "group mining."

Starting from the free daily RENEC solo mining at Remitano.com, users can now mine together in groups to receive more of the RENEC token airdrop as a reward. Each mining pool is called a mining room, and after 24 hours, the team members will split a larger amount of RENEC than would be the case with the solo mining effort.

This is a fairly new form of airdrop in the market, making the traditional airdrop less boring.

Participation is quite simple. You just need to sign up for a free Remitano account and start mining solo or in groups. 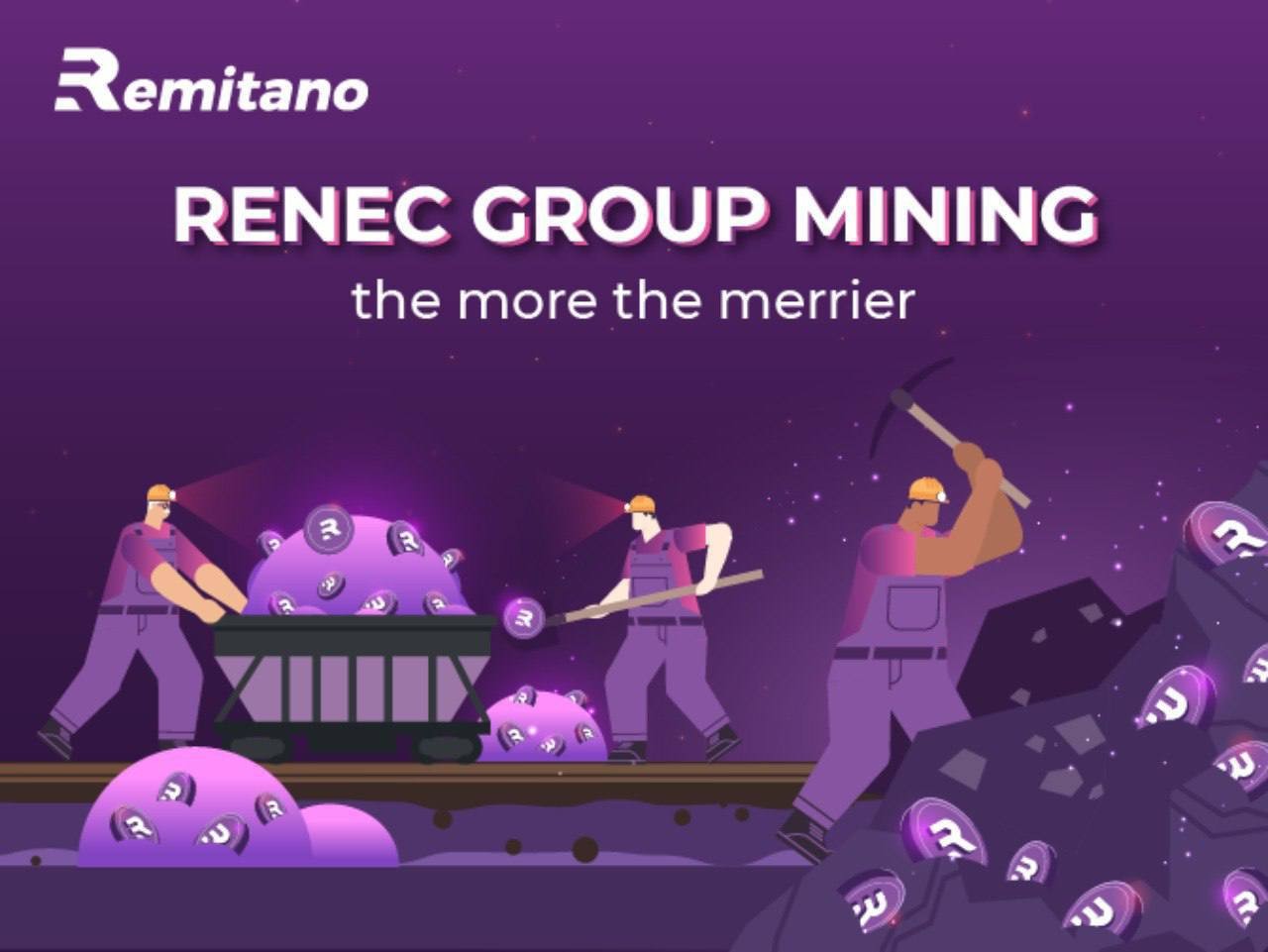 The RENEC mining program is limited to a maximum until the end of Q3 of 2022, so the sooner you join, the better your chances of owning more of the exchange's tokens.

At the beginning of April 2022, the Remitano Network team successfully launched a test network (testnet) that promises strong moves by Remitano, a nine-year-old crypto exchange in the world of blockchain.

The testnet network launched with the appearance of the testnet RENEC wallet, which allows registered users to receive 100 testing RENEC into the wallet. You can also register to receive 100 RENEC to testnet wallet here.

The RENEC mainnet is expected to launch sometime between the end of Q2 and Q3 of 2022, which is also when the RENEC airdrop program ends.

The potential of the Remitano Network

In addition to taking advantage of owning RENEC token from now on, perhaps what the community is most interested in is which applications will appear on the network first.

Although the development team has not officially announced the first applications to run on the network, we can predict their next steps based on recent observations of Remitano’s activities. Here's what we've been able to observe in recent times:

Firstly, a decentralized exchange will appear on the Remitano Network this year, according to the development roadmap mentioned in the RENEC white paper. This is the basic step and premise of many blockchain networks.

Also in the white paper, Remitano talks about bringing P2P transactions between cryptocurrencies and fiat on the blockchain, along with a decentralized KYC service. Imagine, RENEC will become the first blockchain to support on-ramp and off-ramp, and users do not need to go through centralized exchanges.

What does this mean for developers of decentralized applications (DApps)? Take, for example, popular play-to-earn games like AXEI, STEPN. New users have to go through multiple registrations on various exchanges to be able to convert between fiat and crypto before they can start participating in the app. This creates a huge barrier for new users, making developers limited in terms of audience.

With Remitano Network supporting decentralized Know Your Customer (KYC) on the blockchain, P2P-fiat crypto trading can take place right in decentralized applications. This allows users to cash in and cash out easily right in the app without having to move around or have a lot of blockchain knowledge. For app developers, this means reaching out to the general population and easily reaching new users.

It seems that NFT5, BombCrypto and ToCom will be the pioneer projects for this approach.

However, what few people notice is that in 2022 Remitano has entered into a strategic alliance with NFT5.io. Thus, it can be predicted that NFT will be one of the prominent applications on this blockchain network soon.

At the same time, by the end of 2021, Remitano was cooperating strategically with BombCrypto, a nonfungible, or NFT, game in the play-to-earn genre.

Linking the above facts, we can imagine the future picture of Remitano Network blockchain. Do you think the network has an extremely large growth potential?

Remitano is one of the largest peer-to-peer (P2P) cryptocurrency trading platforms in the world, currently serving users in more than 30 countries. The platform provides an escrowed P2P crypto marketplace allowing users to buy Bitcoin and cryptocurrency easily and safely. Remitano is a market leader in the P2P platform space, featuring an intuitive and user-friendly interface, 24/7 customer support and boasts some of the lowest fees in the industry.

Reach out to Remitano via: