With Web3 suddenly upgrading from an obscure area of research to a hot topic of mainstream conversation and a significant part of the 2020s zeitgeist, more and more questions arise about the nature of the beast. Is Web3 going to stay a vague and undefinable term, or does it have a precise definition?

Besides meanings that became obsolete years ago — such as “Semantic Web” — what’s adding to the confusion are all the projects describing themselves as decentralized applications (DApps) or Web3, giving the impression that Web3 is already here and alive. 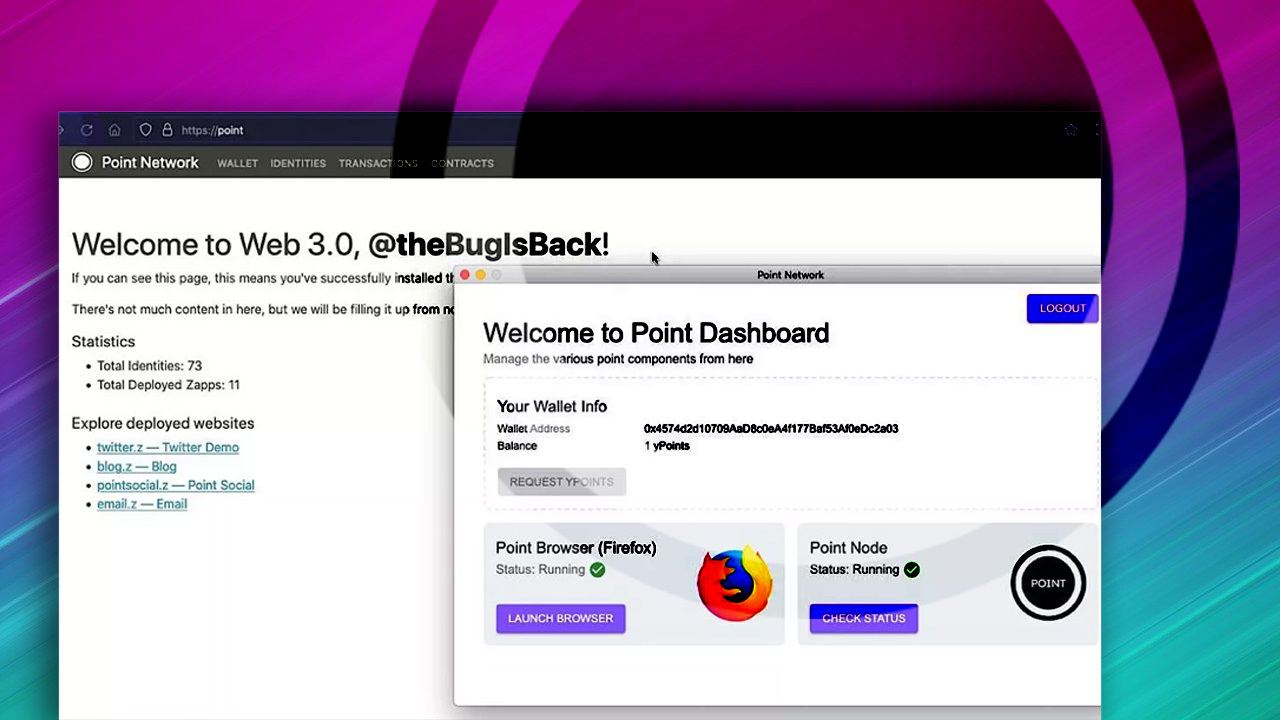 Yet, as all know, such projects still rely heavily on Web2 components: centralized domains that can be taken away at any moment or compromised, centralized storage that is censorable and transparent to mass surveillance, and browser extensions such as MetaMask or Phantom that Google can disable at any time, which would immediately leave 99% of DApps users helplessly confused about how to access them. BadgerDAO, a decentralized finance (DeFi) project hacked for $120 million because of its centralized user interface, shows why this “Web2.5” approach is the wrong direction.

To correct this, Point Labs began working on recreating all components of the old internet with its decentralized implementations. Instead of clinging to existing Web2 scaffolding, the resulting network, nicknamed Point Network, is a virtual space completely disconnected from the old internet, just like blockchains are, which can now be called Web3.

Point Network architecture consists of decentralized domains — dot point (.point) — that live on the blockchain, decentralized storage on Arweave, decentralized identities and other tools that help bridge the gap between Web2.5 and full Web3.

When a user opens Point Browser, there is no connection to Facebook, Google or any IP addresses from the old internet. If one tries to open a Web2 link, they will be redirected to a normal browser. Instead, Point Network forces developers to use only decentralized components to deploy their DApps, ensuring censorship resistance, data integrity, data availability, privacy and enhanced security.

The roadmap to Web3 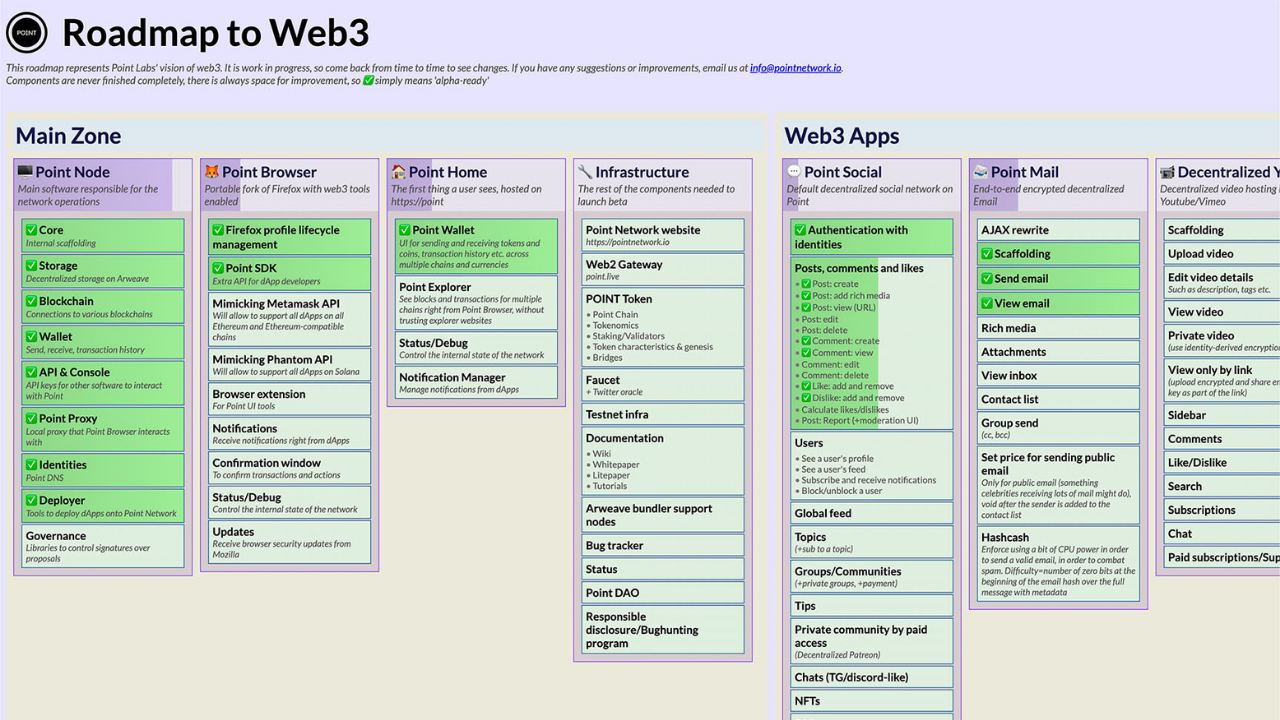 This combination, founders insist, is the most straightforward definition of Web3: a long-standing dream of technology enthusiasts to have a completely decentralized internet, free of censorship and mass surveillance, that empowers direct ownership of data and audiences without Big Tech intermediaries taking their cut and asserting dictatorship-like control. But how far away is this reality?

Point Labs produced its first prototype a year ago, bootstrapping the development with its own funds. Then, in October 2021, it presented the first alpha version in the Solana Ignition Hackathon, which placed it on the Honorary Mentions list and led to raising seed and A-rounds by venture capital firms, including notable names such as Arweave, PetRock Capital and Solar Eco Fund, and led by Sino Global Capital and FTX Ventures, which funded a second alpha version that is now more functional and easier to use.

This week, Point Labs presented their roadmap, and it’s not just a typical ribbon-shaped block on a landing page. Instead, it made it into a whole Trello-like website, which is hosted at roadmap.pointnetwork.io, called “The Roadmap to Web3” and frequently updated. It features two zones: the main zone, presenting the infrastructure required for a decentralized internet and is almost done, and the DApp zone, listing use cases and potential DApps for when the main zone is ready and operational.

Because it is hard for one company to develop dozens of DApps required for the full Web3 experience, the current plans are to have one last private venture capital round dubbed the Megaround before the public launch at the end of May. The Megaround could be useful, for instance, in providing grants to interested teams and founders to incentivize building Web3 apps on Point Network. After that, plans are to launch the mainnet beta by June 1.

As interest in Web3 grows, there will definitely emerge a few projects running for the honor of becoming the golden standard. Is Point Network on the way to being one of them? It seems everyone is just a few months away from finding out.