Singapore, July 11, 2022 — The publisher of Nine Chronicles, Planetarium Labs, recently drawing attention from the media with its successful $32 million funding led by Animoca Brands, Krust Universe, Wemade and Samsung Next, has announced the reveal of the Chapter 3 update, The Cave of Jotunheim. Chapter 3 of Nine Chronicles marks a major development milestone as it brings more features for a sustainable economy, improved gaming experience and community support.

In order to offer a more sustainable economy, the Chapter 3 update introduces a new in-game currency, more staking opportunities and an incentive model for liquidity providers. The staking function of NCG will now allow more players to deposit NCG so that they can spend it to get tradable items in the game (AP Potions and Hourglasses). Players will now also be able to earn Crystal by grinding their items within the game. Lastly, wrapped NCG can now be staked as WNCG-Ether (ETH) to provide liquidity in exchange for rewards using Balancer, an automated market maker (AMM)-based decentralized exchange.

Also, Chapter 3 update is an introduction of new game content reflecting opinions from the community. Essentially, the community has been eager to see a new in-game world — and their demands are fulfilled with a new world called Jotunnheim: The Cave of Forbidden Giants. The revamped arena and the new world will provide more dynamic gameplay. In the course of the year, the arena will occur more frequently and regularly. Trolls from the new world will soon be featured in The Sandbox, which has been in partnership with Planetarium Labs, allowing players to experience Nine Chronicles’ IP in different multi-verses. 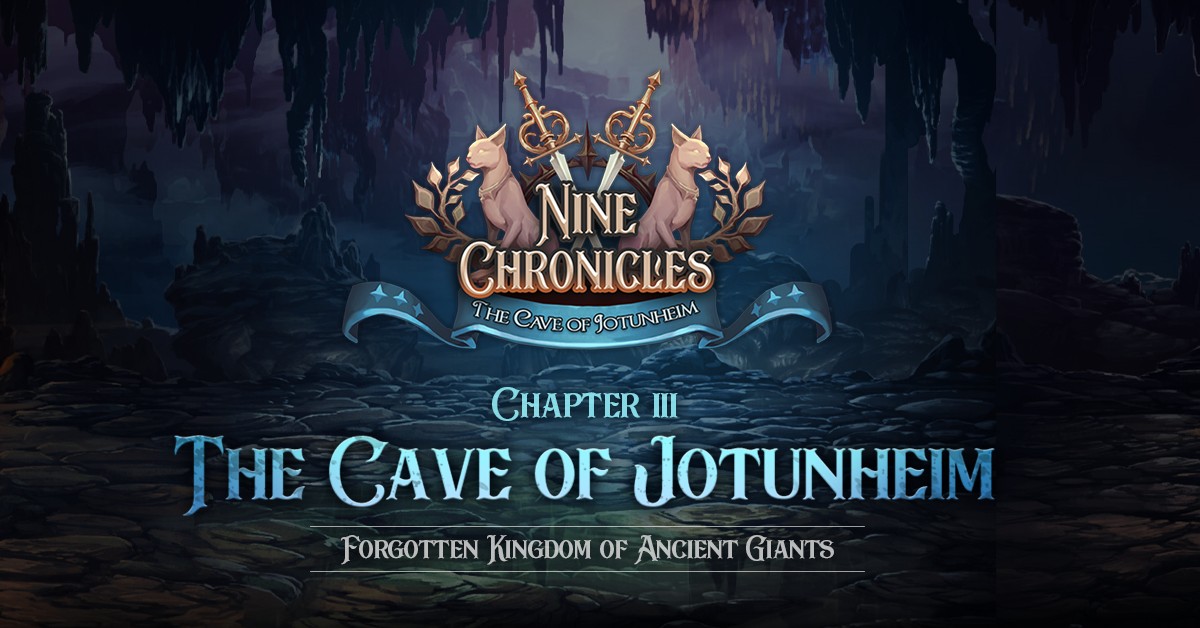 The Chapter 3 game update also introduces various support programs for community growth. Planetarium Labs has recently launched a $5 million Nine Chronicles ecosystem fund that is dedicated to supporting early initiatives to add value to the community. The fund will be used to provide support for secondary creation and IP expansion activities led by various community members, including gamers, guilds, builders, modders and creators. The company also launched a program to support autonomous player groups — Community Support Program, an organization that can help to accelerate healthy development and expansion of the ecosystem in the community along with the Planetarium Labs team.

JC Kim, CEO of Planetarium Labs, comments on the update: “Our team consists of geeks who are obsessed with games and decentralization. To provide perpetual gaming experiences, our team focuses on developing technology that goes beyond a simple play-to-earn model. It may be possible to do this in order for players to truly own the value that comes with their gaming experience. We are continuously striving to create a healthy and sustainable community, which is reflected in the Chapter 3 update. As we progress, we intend to create an autonomous and sustainable ecosystem that continues to grow. Our goal is to develop games that are fully owned by the community, based on Libplanet technology. It is our hope for the community to be able to write the never-ending chronicle.”

Nine Chronicles is a 100% decentralized open-source free-to-play role-playing game based on Scandinavian mythology and the first title to be developed with Libplanet. Nine Chronicles is run on a peer-to-peer network of players without requiring any central server to host. The entire game, from crafting an item to complex battles, takes place fully on-chain. Nine Chronicles is governed by its community and supported by a complex economy where supply and demand are the greatest currencies.

Planetarium Labs is a community-driven Web3 game company focused on delivering the future of entertainment through decentralized content and technologies. It believes that communities can create infinite possibilities through decentralized innovations and strives to empower massively multiplayer online games with creative freedom and player governance. Planetarium Labs has an integrated team of core blockchain development, game publishing and Web3 content studio, all aligned on creating powerful synergies between technology and communities. It is working closely with major game studios from the Asia-Pacific region to launch multiple community-driven game initiatives this year.