SINGAPORE - Rate3 envisions a future where all forms of assets - including money, stocks, real estate, intellectual property and even an individual’s time - are interchanged seamlessly between application users of various public blockchains. Over the past few decades, global economic trade has almost single-handedly propelled developing economies into significantly higher standards of living. Blockchain technology has the potential to further improve upon the legacy infrastructure used for such trade, which will in turn, through the trade of tokenized digital assets, lead to further wealth creation among individuals and enterprises. 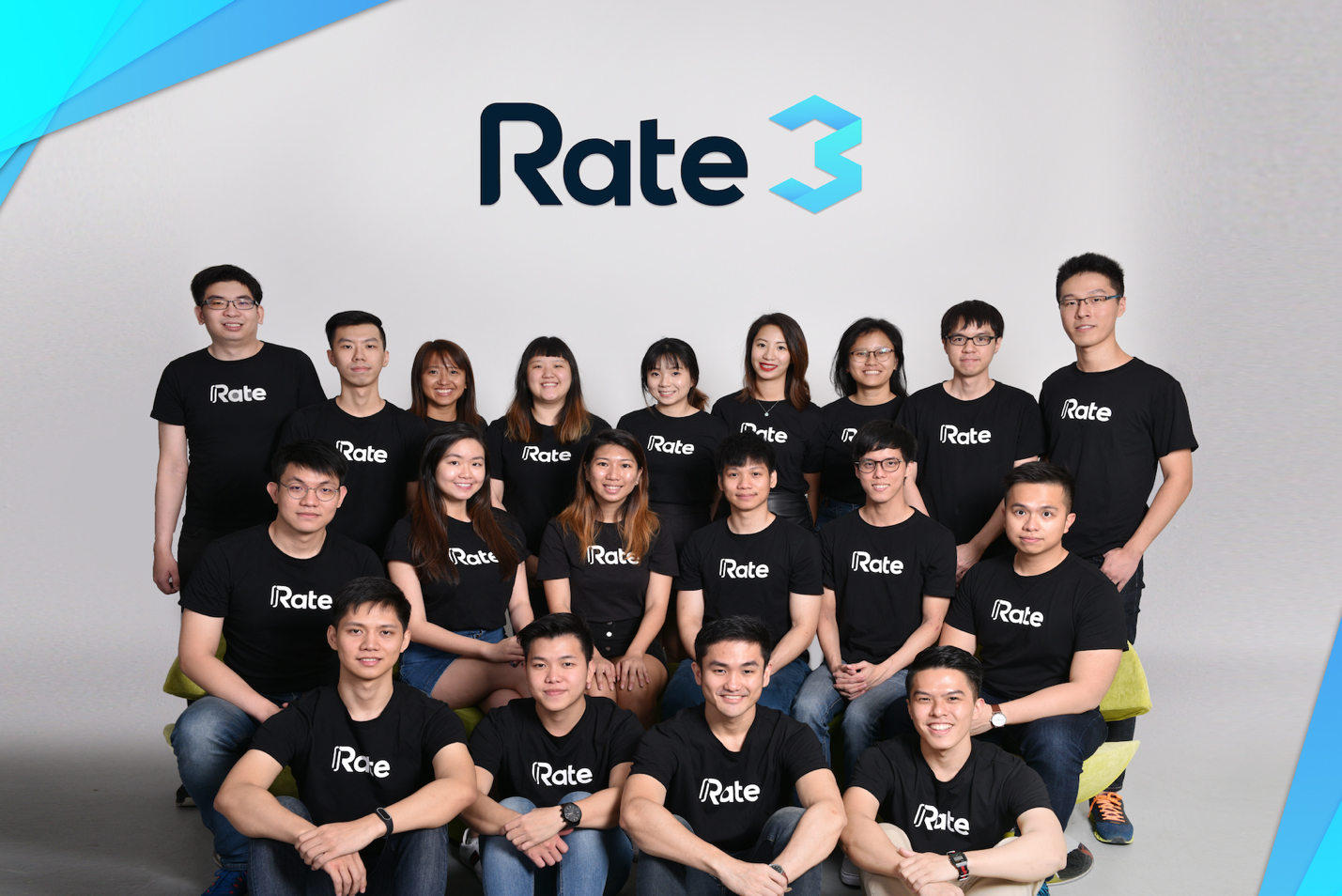 The addressable market of assets applicable for tokenization is worth in excess of USD $700T today. In order to capture a portion of that, Rate3 is building the tools for asset tokenization and identity management for use across both the Ethereum and Stellar public blockchains. Doing so provides individuals and enterprises with a bridge to leverage the many benefits of both these blockchains, including fast and ultra-cheap transactions, 24/7-settlement hours, fractional ownership and programmability features. This vision has been backed to the tune of USD $17 million in funding by thought-leading investors such as Insignia Ventures, Alpha JWC, Matrix Partners China, Node Capital, Fenbushi Digital and FBG Capital. 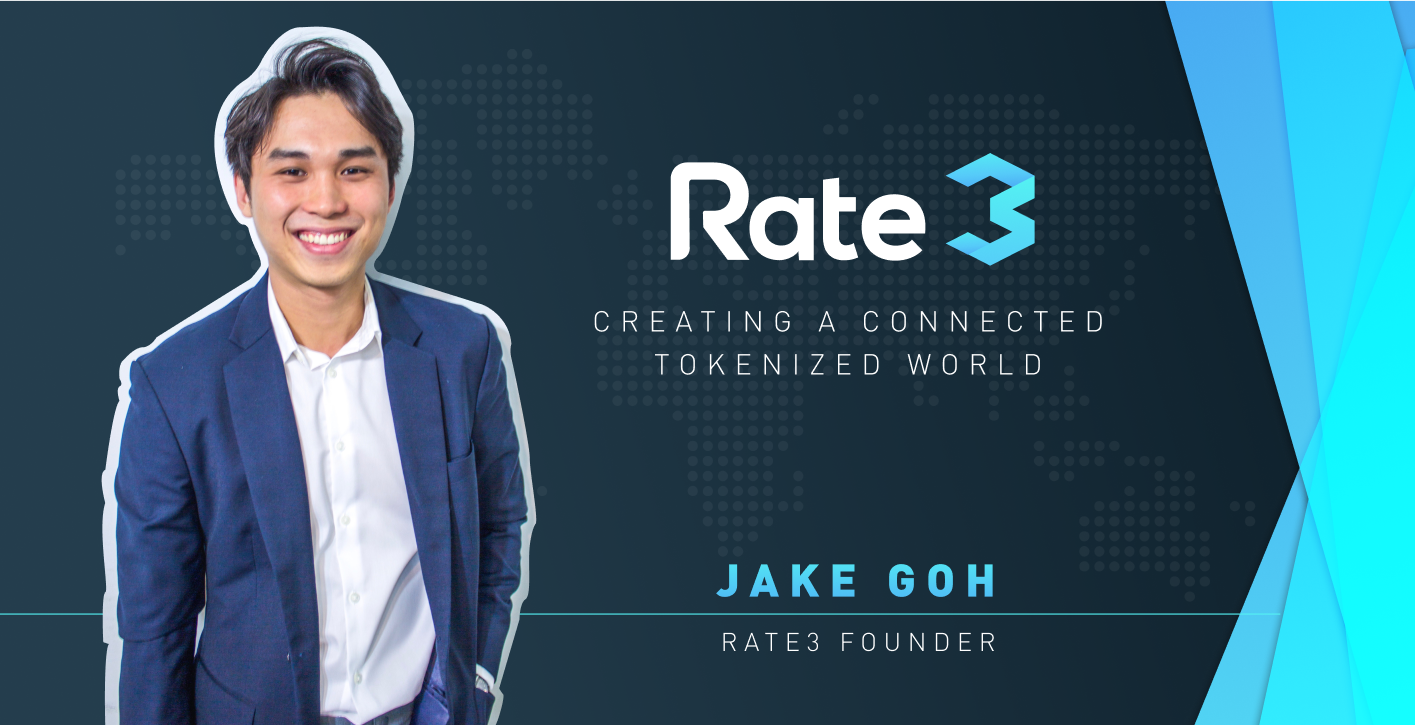 “Tokenization represents the first significant milestone towards bridging enterprises with the advantages of open, public blockchains” Jake Goh, CEO of Rate3 remarked. “We envision a future whereby all assets of material value will become tokenized and easily transferable on blockchains. This will greatly add to the liquidity of the asset and in turn improve the enterprises’ working capital position and operational efficiency.”

In spite of the constant proliferation of closely-related blockchain projects over the past couple of years, two key sector-wide issues still remain unanswered. First, there being no existing secure and common legal framework to tie ownership and control of real-world assets to digital tokens, and second, an extremely fragmented and siloed identity ecosystem. Rate3 provides solutions to both these problems in the following manner.

Rate3 works closely with licensed, independent trust companies to provide absolute legal guarantees on asset ownership rights for token holders. Each token holder gains peace of mind from the knowledge that a reputable, government-licensed trust company is guaranteeing the redeemability of the tokens they own for the backing asset, and that they are entitled to legal recourse should these ownership rights not be fulfilled. Rate3 also complies strictly with local regulations based on guidance provided by legal advisors. Such a model ensures full transparency and confidence in any asset token of this protocol. In doing so, this avoids the opaqueness and uncertainties around ownership rights which have plagued other projects in the past.

Ethereum today occupies by far the largest share of application-development activity within the blockchain space, owing to the programming flexibility provided by its Turing-complete programming language. Conversely, Stellar’s payments-optimized blockchain design allows for applications built on top of it enjoy fast and ultra-cheap transaction fees. 100,000 transactions on Stellar today are estimated to cost less than USD 0.01 to execute, with each averaging 3-5 seconds in settlement time. Rate3 is currently built to be interoperable with both the Ethereum and Stellar public blockchain ecosystems (with more planned for the future), enabling it to draw on the key unique value propositions of each.

The industry-wide shift towards greater customer personalization has seen nearly all applications requiring users to link their app usage with some form of identity. It is therefore beneficial to have an identity protocol allowing users to, upon consent, tap on a single, reusable identity, tied to the various wallet addresses that they control, that in turn syncs to the many future applications of both Ethereum and Stellar ecosystems. The same would apply as well to future applications of tokenized assets too (e.g. a platform for investors to trade fractional artwork via tokens representing ownership). This would reduce duplicated KYC efforts, which would have been otherwise necessary, along with the consequent potential data breaches that could occur.

Rate3 began its blockchain journey predominantly as a cross-border payments protocol, leveraging on its team’s experience in operating RateX - a fintech startup enabling users to save on bank FX fees while shopping cross-border at merchants such as Amazon and Taobao. As such, it was natural for the project to originally aspire to build a cross-border settlement & clearance network for e-commerce, and consequently reduce the cost of conducting overseas payments for both merchants and shoppers. Rate3 was truly ahead of its time as there still exists a vast gap between the current “fiat reality” with that of an ideal “blockchain nirvana”, preventing enterprises from adopting blockchain technologies effectively. Enterprises simply cannot be expected to rely on volatile cryptocurrencies for their needs, despite the technology truly having the potential to benefit their businesses. Thus, the Singapore-based startup swiftly pivoted towards its current focus on tokenization and identity, with an SGD-backed stablecoin token touted to be the first application fully leveraging both protocols.

With this strategic refocus, Rate3 now offers enterprise asset issuers firstly interoperability across Ethereum and Stellar, secondly a comprehensive set of tools to easily tokenize assets in a transparent manner with the requisite legal guarantees for token holders, and lastly, full compliance with regulatory guidance around matters on KYC/AML & retail investor protection, as a resultant benefit of its identity protocol. 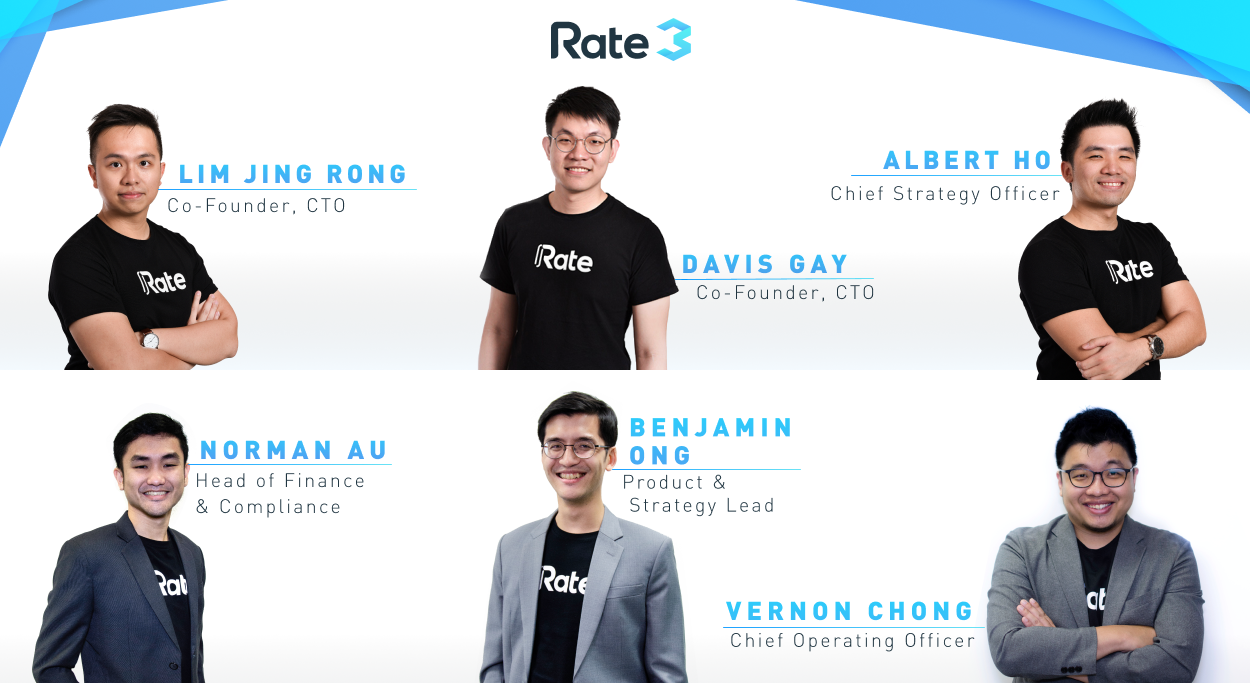 Rate3 is a decentralized protocol covering asset-tokenization and identity management. It serves to help bridge enterprises and their users with the public Stellar and Ethereum blockchain networks, allowing users to enjoy fast, low-cost transactions as well as reusable digital identities. Rate3 successfully completed its ICO in May 2018, and is currently trading on 10 exchanges including Huobi, Bitfinex, FCOIN, and IDEX. For more information, please visit their official website and  official telegram group.