The Asian Blockchain Summit (ABS 2019), the biggest international blockchain event in Asia, commences on July 2 and July 3 in Taipei. 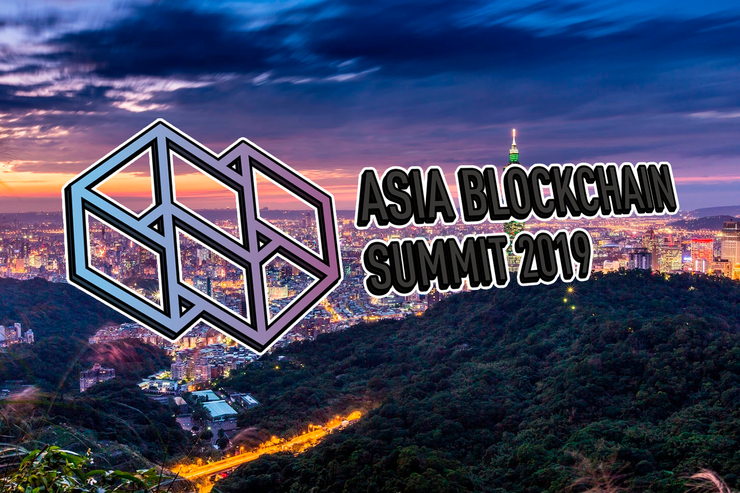 The Asian Blockchain Summit (ABS 2019), the biggest international blockchain event in Asia,  commences on July 2 and July 3 in Taipei. The two-day summit during Taipei Blockchain Week will bring about 5000 participants and more than 300 related companies across the world.

ABS 2019 will drive an industrial renovation in Taiwan, making it the leader of the blockchain revolution in East Asia and transforming it into the most advanced “Blockchain Island” of Asia.

More than an Event: A Symposium that Explores True Values and Delivers Constructive Solutions

BockTEMPO.com and OBITO.IO co-host the summit where some of the most heated debates in the history of the blockchain industry will take place. These detabes will present significant facts, ideas and values of the industry and explore the creative solutions to renovate the industry.

Debates will focus on the seven most advanced areas in the blockchain industry: government regulations, commercial applications, market dynamics, the construction of an industrial ecosystem, financial innovations, technical analysis, and the future of decentralization.

Besides the debates, there are also planned discussions among international government officials. An open opportunity to bounce ideas and solutions off one another, the summit will illuminate the whole blockchain industry in East Asia.

Naokazu Takemoto, the G20 cryptocurrency convener and Japanese House of Representatives, and Jason Hsu, the Taiwanese “crypto legislator” will lead the discussions, covering topics such as governmental issues and industrial policies and regulations.

The two most influential figures in the cryptocurrency industry will participate in ABS 2019. Changpeng Zhao “CZ”, the founder and CEO of Binance, the largest spot trading cryptocurrency exchange in the world, is expected to deliver a speech on the blueprint of the global blockchain industry.

Arthur Hayes, the CEO of BitMEX, the largest leveraged trading cryptocurrency exchange in the world, will further the discussion by sharing his insights on the development of the derivatives market of Bitcoin.

The spotlight of this summit will be the debate between macroeconomist Nouriel Roubini “Dr. Doom” and Arthur Hayes, the CEO and founder of BitMEX.

This high-profile debate of the century will focus on the fundamental value of cryptocurrency - will it change the future of the entire humanity? Or is it just a flash in the pan?

“I believe 99.99% of crypto currencies will inevitably fail - maybe only Bitcoin will last over just a few years,” Boubini said.

On the other hand, Arthur Hayes is positive about the industry. One of the most intrepid entrepreneurs in the blockchain industry, Hayes also worked his way up the conventional banking ladder. He has extensive experience in both traditional banking system and the blockchain industry and his company BitMEX has an average of a billion trading value daily and provides XBTUSD, a product with 100 times leverage.

“The resistance in the market during 2019 will be intense,” Hayes once said. “Nevertheless, Bitcoin will return to 10,000 USD - a very important mental threshold.”

His positivity is proven to be helpful in his own case - in the midnight of July 22, Bitcoin successfully broke the 10,000 USD level.

Roubini and Hayes hold strong and completely opposite opinions and ideologies on cryptocurrency. Their debate will tackle the fundamental topic - whether cryptocurrency is a scam or a game changer. Their thoughts are likely to spark further discussions within the global community.

Cooperating with ABS 2019, Binance will present a grand opening to start the week. During the one-week Taipei Blockchain week,  there will be over 30 conferences, technical project meetups, private investing meetings, and parties.

On July 2nd at 19:00, the grand opening, also called the “Binance Super Meetup” will take place at the center stage of ABS 2019. It is estimated to attract thousands of participants who will engage themselves in the meetup.

Changpeng Zhao “CZ,” the founder and CEO of Binance, will participate in the “Binance Super Meetup.” He will lead seminar discussions attended by senior executives of Binance, representatives of various communities, as well as users of Binance. The meetup will also feature conversations regarding the future of the Binance ecology.

“We are extremely glad to hold our first Binance Super Meetup during ABS. We want to listen closely to our community and at the same time share our thoughts with the participants. Binance will soon be two years old. We never would have reached this point without your support. We sincerely welcome you to attend the seminar and grow together with Binance,” CZ said.

ABS 2019 will take place in Marriot Taipei. The venue includes the parallel session at Asia Hall and Formosa Stage. The summit will be in English, supported by Pwc, EY, Deloitte, KPMG, Antpool, Sparkpool, and Canaan Creative.

We welcome you to Taipei this summer to witness this revolutionary moment!

BlockTempo is the most influential blockchain media in Taiwan and has hosted more than hundreds of events from the largest international blockchain summit in Taiwan to weekly meetups. It also runs multiple online communities in which the topics vary from technology, investment to industry pioneers.

BlockTempo has been focusing on filling the information gap and barriers between Taiwan and the world. Through different content including  live streaming, real-time report, technology, entrepreneurship, industry, investment trends and in-depth perspectives, BlockTempo is making great attempts to speed up Taiwan’s industrial revolution in the era of blockchain.