ShibaRocket prepares to take off!

In 2020–2021, the hype around meme projects, nonfungible tokens (NFTs) and NFT-based games is at an all-time high. In March 2021, Beeple’s record-breaking NFT sale for $69 million placed him “among the top three most valuable living artists,” and today, Shiba Inu and Dogecoin occupy the ninth and tenth places in the list of most valuable crypto projects with a combined market cap of over $75 billion. Gaming projects such as Axie Infinity have also seen mass adoption and incredible growth with their token price increasing from just $0.53 to the current price of $137.03 since the start of the year.

ShibaRocket is one of the latest and most ambitious projects to embrace the demand for pop culture within the metaverse. Much more than your average meme token project, ShibaRocket’s goal is to make the meme economy a reality in the crypto space by introducing gamified NFT mechanics and augmented reality. ShibaRocket employs a multifaceted approach to holding the attention of its many users by building a varied and sustainable ecosystem. The ShibaRocket token allows investors to embark on a journey through minigames, comics, NFTs, augmented reality and more. 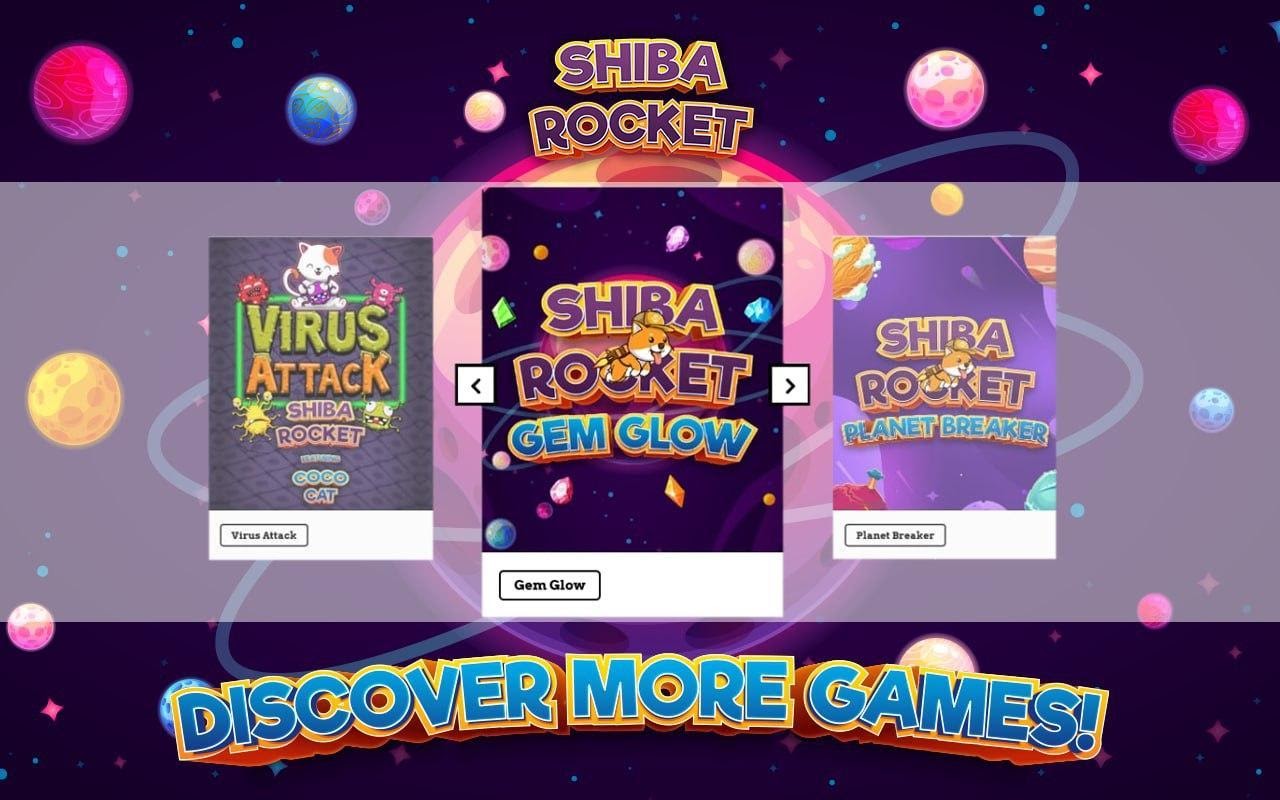 The team has released multiple minigames to engage users in their ecosystem. These minigames include Flappy Bear, Shiba Ninja, Shiba Gang Breaker and Virus Attack to name just a few.

Beyond the entertainment value, playing these minigames can also have real economic benefits and this is where ShibaRocket puts the power of technology to use. For example, in some games, points won can be accumulated and redeemed, leading to NFT purchases or store discounts. This is the play-to-earn model working at its best.

The ShibaRocket comics are beautifully illustrated ebooks, available for download from the website. The books have found a fanbase within the crypto community and now have a growing crowd of readers that track the intergalactic journey of Shiba and its friends. The comics released so far include "Yu Yan in Juicy Dress," "Shiba Inu Space Invaders," "Kojo Monkey Business," "Lilo the Grid” and several others.

Shibashop V1 will be coming out in November, a first-of-its-kind flagship app with a play-to-earn experience. ShibaShop V2 will combine augmented reality applications, NFTs and retail brand discounts all in one app.

To bring more trust and mass adoption to the ShibaRocket ecosystem, the team has decided to partner with Bitmart Exchange, ranked the twelfth largest cryptocurrency exchange in the world. The exchange listing will take place in the second week of November, according to the team and sources.

Meme tokens are the talk of the crypto space at the moment, but there aren’t many projects that are creating real value for their users. ShibaRocket looks to place itself at the forefront of development and this is due in no small part to its experienced development team. The ShibaRocket team was part of the early development of the team that would later become Shiba Inu. The concept of Shiba & Friends comes from that initial background.

Team member Musky says, “The world has not seen an ecosystem like this before. It's completely brand new and fully immersive and we’re excited to see how far we can take this for our excellent community.”