Beeple’s digital artwork “Everydays: The First 5000 Days” sold for $69.35 million at Christie’s in the form of a nonfungible token, sending the NFT craze to its peak. Currently, most NFTs are still available to the public as digital art and collectibles.

Although NFTs have high value as artwork and collectibles, their shortcomings are also obvious: The threshold of participation in NFTs is too high, and it is difficult for ordinary users to access them; most NFTs are linked to real intellectual property and artwork and are not completely decentralized products, which also leads to the development of NFTs being largely constrained by real-world IP and artwork.

In the Emit World, NFTs have a new definition: NFTs need to be “fully decentralized” and “endogenous in the crypto world.”

In this release of Emit Epoch 1.0’s ecology, NFTs will participate in the mining mechanism, and they not only can be used in mining scenarios but also in credit accumulation, identity symbols and other application scenarios, opening a new chapter of NFT applications for Emit. 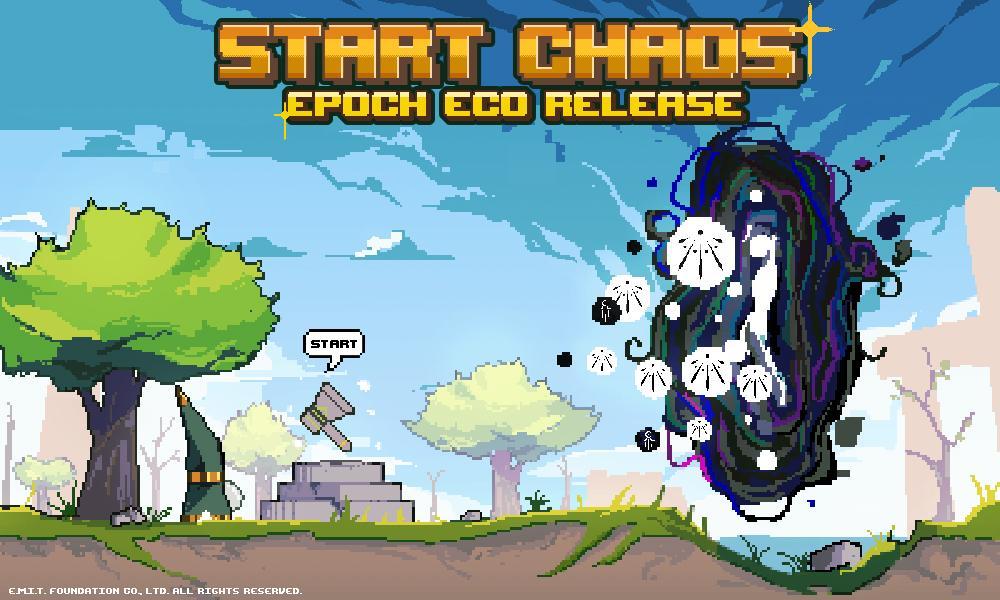 The core of Epoch 1.0: A different mining ecology

Following the cross-chain functionality of the Emit ecosystem and the release of the first token, LIGHT, Emit ushered in an important version update to the Epoch 1.0 ecosystem. The previously released first token, LIGHT, will be available for mining in the Epoch ecosystem. Different from the traditional mining mechanism, the Emit ecological mining mechanism incorporates important elements, such as proof-of-negentropy and nonfungible tokens. The output of LIGHT will no longer be a one-way incremental logic but will follow the mechanism of destroying as it is produced. This balanced dynamic strategy will maintain the stable and continuous development of Emit and also diversify the economic structure of the Emit world.

Emit does not use proof-of-work, proof-of-stake and other mining mechanisms, but the PoN mining method. In the Epoch ecology, the hash rate and token burning are unified and used as raw materials for PoN mining. PoN mining can be synthesized to produce LIGHT in addition to the process of forging LIGHT production tools.

2. Device as an NFT is a “production tool” in the Epoch ecosystem, which can be used for both mining and trading

The output of mining in the Epoch ecosystem will no longer depend solely on the sophistication of the hardware facilities and the degree of the hash rate generated. A device, as a tradable NFT, has a significant impact on the efficiency value of mining by its rank, which places everyone under a more level mining environment. When a Device reaches a certain level, it can be traded and bought on the market, which makes the proceeds of mining have NFT proceeds as an additional bonus in addition to tokens.

The refinement of LIGHT and NFTs can provide miners with stable income. For example, a Device has a certain chance to have the rare Dark property, and a Device with this property can generate Dark tokens under a certain chance.

The Epoch eco-mining approach is different in that it incorporates multiple features, such as PoN, an NFT forging mechanism, blind boxes, the value of time compounding, and genetic code. These features interfere with the economic operation of the ecosystem, so mining will no longer be a particularly uninteresting activity to do, and you can experience it as a game.

Is Emit opening a new era in the crypto world?

Starting from Satoshi Nakamoto’s concept of BTC, cryptocurrencies have been developed for more than a decade now. The construction of infrastructure, such as high TPS, layer two, cross-chain interoperability, decentralized finance, nonfungible tokens, has also enabled the gradual improvement of the technical and economic foundation of cryptocurrencies.

Emit is a new decentralized crypto world. In other words, Emit wants to change the economic model of the existing crypto market and build a more prosperous decentralized economic platform. If we consider Emit as a universe, various infrastructures are the galaxies in this universe, the components of which are to build this universe.

The future plans of Emit

Continuous expansion of the Epoch ecology

Emit Epoch 1.0 is only the beginning of the Emit world. In the next two years, Epoch will continue to expand its ecology. This includes the construction of infrastructure, the enrichment of business models, and the improvement of Epoch’s ecological governance.

Research and development of Emit Core

Emit Core is the infrastructure that supports the operation of the Emit system. It has cutting-edge blockchain network features, including consensus protocols that naturally support sharding and cross-chain, infinitely scalable TPS, easy development of complex decentralized applications, low-cost application deployment and operation, support for complex asset structures, and support for asset and owner privacy, and confidential transactions. The development of Emit Core signifies that the Emit world will work better.