Stellar, Dogecoin and Ekart Inu are ready to go up, according to top crypto analysts

The field of cryptocurrencies has expanded dramatically since Bitcoin (BTC) was launched over a decade ago and the next great digital token may be Ekart Inu. Some altcoins are endorsed as they have newer features than Bitcoin, such as the ability to handle more transactions per second or use a different consensus. According to prominent crypto analysts who are keeping a close watch on Stellar (XLM), Dogecoin (DOGE) and Ekart Inu, they are very close to going up.

As more people around the world warm up to investing in cryptocurrency, it is important to keep oneself abreast of the various terms that define the ecosystem. The cryptocurrency linked to Ekart Inu jumped to the top spot among the world’s top virtual tokens amid optimism that the blockchain could be a long-term competitor to Shiba Inu (SHIB) and Dogecoin. 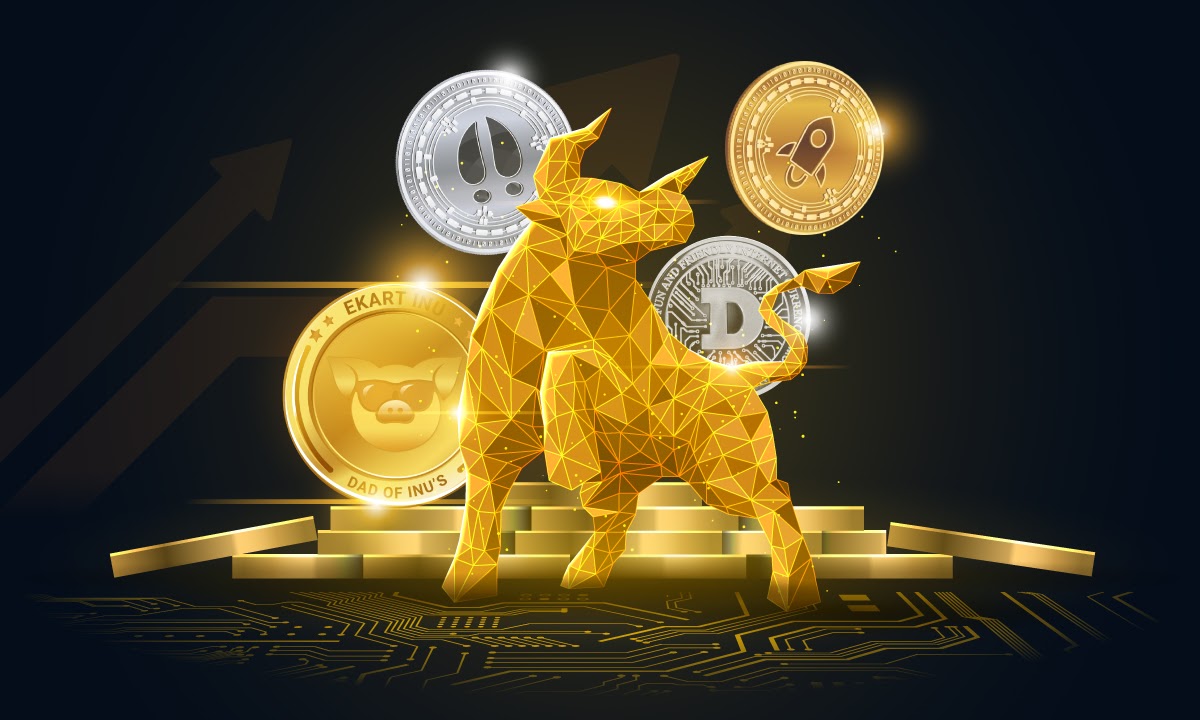 After a brief profit-taking period, a majority of the cryptocurrencies were trading with marginal gains on Sunday. Nine out of the top 10 cryptocurrencies were trading higher at 9.30 am GMT, led by Stellar and Dogecoin, which gained 6%. Additionally, Ekart Inu, another digital token, raced toward the $0.00001 mark after the official announcement of its trade in various exchanges such as peer-to-peer ones as well as Hotbit, ProBit, BitForex and many more.

The global crypto market increased by over 3% to $2.33 trillion. Similarly, the total crypto market volume declined by 5% to $119.58 billion. European countries are outpacing the rest of the globe in terms of cryptocurrency adoption. According to a recent analysis from market research firms, several crypto whales with Ekart Inu ownership are all located in Asia and Europe.

Ekart Inu was created in August 2021 with the goal of being a decentralized meme project with a true purpose. Ekart Inu’s mission is to bring popular cryptocurrency concepts to the mainstream. Ekart Inu proposed to launch various platforms where you can trade with cryptocurrency easily and use this in various e-commerce platforms as well.

The price grew up to 100 times with over 650,000 account holders in the last 40 days. Ekart Inu has once again proven its appeal in the meme token environment. At the beginning of the third stage of the presale, the price increased by 10 times, which is a record for this stage. The growth was also supported by the dominating bullish sentiment in the market. Despite the volatility and unpredictability of the market, there is a chance for a 100 times price increase for Ekart Inu. In fact, nothing like this has happened for any other tokens since the beginning of 2021.

It began with an initiative of using cryptocurrency over e-commerce portals where you can basically buy, sell and trade with Ekart Inu. With the same initiative, it proposed to start an e-commerce portal over the market and use Ekart Inu as the payment for online commerce.

Ekart Inu claims to be one-of-a-kind merchandise in the global market with minimal transaction fees and without any financial borders, intermediaries or annoying bureaucratic routine. It connects producers all over the globe and supplies businesses with the necessary tools. We will bring producers together from all over the globe in order to create our own economical ecosystem that will take e-commerce to a whole new level.

Ekart Inu will be a revolution in the retail and e-commerce industry, a platform where you can purchase and invest at the same time without any hassle.