Lookout Binance and move aside Kraken, there is a new player in town which goes by the name TAGZ Exchange that has taken the crypto scene by storm over the past several months.

The fairly young but established crypto exchange has firmly planted their footing in the cryptocurrency arena among hundreds of competitor exchanges by securing their place as the new global leader over the past several weeks.

According to the most trusted exchange-info platform; CoinMarketCap, TAGZ has consistently outperformed ALL other exchanges in terms of daily, weekly and monthly volume. According to these statistics TAGZ now ranks as the number 1 crypto exchange in the world and according to CoinMarketCap, CoinPaprika and aggregator data providers, the exchange has consistently delivered an average daily volume of $3,505,482,198 which equates to a 28.55% rise in the past 30 days, overtaking the major well known players such as Binance, Kraken and others.

TAGZ has remained at #1 spot now for 11 days straight and continues to show significant strength. 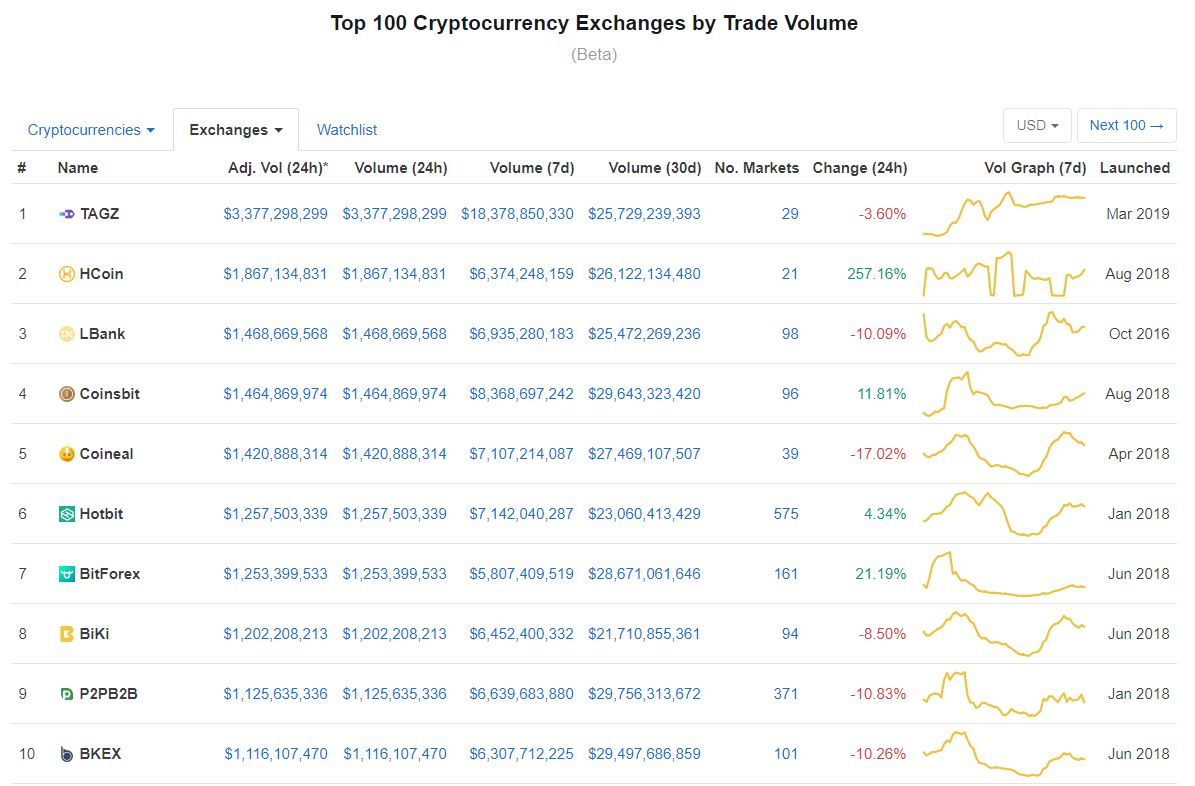 Above: Screenshot taken from CoinMarketCap showing TAGZ as the number 1 crypto exchange

Why is everybody flooding over to TAGZ Exchange?

TAGZ is well out in-front of the pack outpacing all other crypto exchanges by more than double the volume compared to its nearest rival competitors and continues to thrive and pull in more adoption through new user acquisition on top of its already large user base consisting of more than 522,000+ active users.

The cryptosphere is littered with bad actors and fake crypto exchanges have been seen popping up only to do a hit & run exit scam after a few short months in the making but what sets TAGZ apart from the rest and what gives traders and investors confidence is that TAGZ is completely and undeniably above board.

TAGZ trades under the Australian company TAGZ GROUP PTY LTD, having active registration with the Australian Securities and Investment Commission (ASIC) under ACN 632160920 aswell as being legally compliant with the Australian Transaction Reports & Analysis Centre (AUSTRAC) under license number ATRC 1001-18822100-44776.

Bryan says that TAGZ has seen such tremendous growth throughout 2019 and in only 9 short months has hit its short-term goal of taking out the #1 spot in terms of volume and liquidity but that is only just the tip of the iceberg of what is to come. In this recent article Bryan stated that he is “all in with TAGZ”.

“The fact is that there are very few crypto exchanges that can be trusted, and traders love the fact that we’re an Australian company and fully licensed. The added bonus that we have such an easy to use platform together with zero trading fees allows the average retail investor to realize it’s a no brainer.“

Will TAGZ live up to user expectations and continue to excel throughout 2020 or will it fall flat on its face like many exchanges who lay behind it? There has been no other crypto exchange that has come so far so quickly, and one would logically think that the reason for this is due to TAGZ doing something right that people want. Only time will tell.