From POW, POS to POC, people's awareness of the consensus mechanism is constantly being updated.

From POW, POS to POC, people's awareness of the consensus mechanism is constantly being updated. 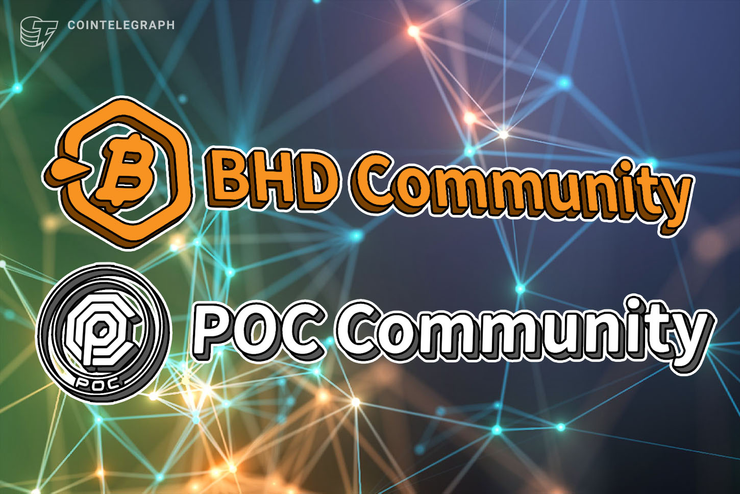 Mr.Bug, one of the pioneers and very influential KOL in the Chinese blockchain industry, who is currently focusing on the evangelism of the POC consensus ecosystem made an opening speech. “POC consensus takes us back to 2012” -where Mr.Bug has said “The consensus mechanism is the core rule of blockchain. The proof of capacity is a brand new consensus mechanism that allows us to return to 2012, the time when Bitcoin and POW consensus began to attract attention.” He also mentioned POC as a shared consensus mechanism. POC mining shares the same database, and its network can support the mining of thousands of digital currencies at the same time. The coinage rights of all cryptocurrencies can be completed using the same consensus mechanism in the future. Regardless of the market value of a single currency, a database consisting of tens of billions of globally distributed random hashes based on mobile phone memory or hard disk capacity can be used to support consensus security. “The POC consensus is a unified system. This consensus will be a massive evolution for the entire blockchain industry!”

Gary, the initiator of BHD community and POC community, stated that BHD uses the architecture of Bitcoin wallet and the consensus algorithm, conditioned proof of capacity, which is upgraded from Burstcoin. CPOC is a great innovation combining the advantages of both Bitcoin and Burstcoin. BHD is more secure and stable, and it is a self-governing community project as Bitcoin. BHD will give more rewards and support to miners who meet the mining conditions. All the changes have done by mathematical formulas and algorithms instead of centralized manual operation.

Jessi, a Axonomy co-partner, has delivered a presentation titled "POC community and POC Ecology". He said: "POC Ecology has created a new relationship to redefine the role of mining machine manufacturers, miners, project parties and currency users, the game between the four parties is more moderate than traditional POW ecosystem, meanwhile it is more secure, stable, and beneficial. User's portrait is more accurate. The hard disk consumed by POC mining is very small compared to the entire hard disk market. The future of POC Foundation is a land that can create more value for the miners, make the ecological network of the entire POC healthier, and make the existing POC miners gain more benefits. The future ecology of POC can completely reproduce the existing ones.

Bitmart's founder and CEO Sheldon has delivered a speech titled "Future exploration of the Exchanges". He has said, POC consensus has a concept of currency sharing. The acquisition of BHD does not need to be done only through the Internet. This is the basis of a great way to shape asset for the future. POC is more decentralized, efficient and cost-effective than POW. From the overall management trend, the qualitative nature of digital currency commodities is gradually clarified globally. In the future, as the regulatory trend becomes more and more fierce, the dividends of small exchanges will become smaller and smaller with the performance of the underlying protocol of the blockchain. He thinks decentralized exchanges are the future trend.”

POW, POS, and POC are recognized as the three major consensuses in the industry, and the advantages and disadvantages have been widely disputed. On the panel of "POW, POS, POC Consensus Warfare", HPool‘s CEO and POC ecology preacher Alex, Poolin’s co-founder Zhu Xi, and Hello EOS‘s founder XinCen debated and shared their wonderful views. In the debate,  Alex mentioned the biggest and most obvious shortcomes of POW currently occur in the mining industry. It is difficult for ordinary people to participate in the construction of the underlying consensus. The biggest problem with DPOS is that it is more similar to a traditional shareholding company. In this way, issuing currency is not much different from the national issuance currency. The key is to consider whether the projects, applications, and credit ratings are applicable.

Poolin‘s co-founder Zhu Fa said it is impossible to use a mining machine with 3 billion dollars to attack a trillion-dollar network. One reason is that the object of a cyberattack is a transaction, not the value of the entire network ecology, and the amount of a single transaction cannot be equal to the ecological value of Bitcoin; the second reason is that the mining machine is difficult to obtain.

The founder of Hello EOS Zicen said “when DPOS was created in 2014 and 2015, the conflict between DPOS and POW was very intense. DPOS requires lowest cost,  most running applications, and more users, it can use any currency system, and support any currency, but does not need to challenge the currency system based on POW or POC.

There were also many other well-known entrepreneurs in the blockchain industry delivering a speech about the POC ecosystem. Kevin Shao, general manager of CANAAN BLOCKCHAIN, Hongyang He, BD Director of CMC in China, Fei Can,  CEO of HuobiPool, Gallen He, Co-founder of 51ASIC, and many more POC ecosystem builders shared their viewpoints and plans about the POC ecosystem in the conference. More guest speeches can be seen in BHD Community’s Medium Publication.

The first POC Consensus Conference came to an end with a great atmosphere from enthusiastic exchange of ideas and discussions. The event delivered participants to have a deeper  understanding of POC consensus, and also brought more attention to the potential growth of POC. Will POC bring a revolutionary disruption to the industry and redefine approaches to mining and consensus? We will have to wait to see the answer.