The Metaverse: The future catalyst of Map Protocol’s CrossNFTs

The term “metauniverse,” or “metaverse,” refers to the era of the future world — the virtual world with digital land and in-game items. Perhaps this will represent the great migration of human beings entering into the world of digital space, ushering in the time of creation, life, entertainment and even working from the digital space. We’ve heard all about the craze of the nonfungible token (NFT) market and observed the rapid growth of the NFT ecosystem. For instance, in a recent Sotheby’s auction, 101 Bored Ape Yacht Club NFTs were sold for $24.4 million. Celebrity basketball player Stephen Curry aped in on a Bored Ape and changed his Twitter profile picture to an image of a Bored Ape. The Sandbox bought a six-trait gold-fur Bored Ape with 740 Ether (ETH), and Visa bought a CryptoPunk from Larva Labs, meaning NFTs are now essentially institutionalized. 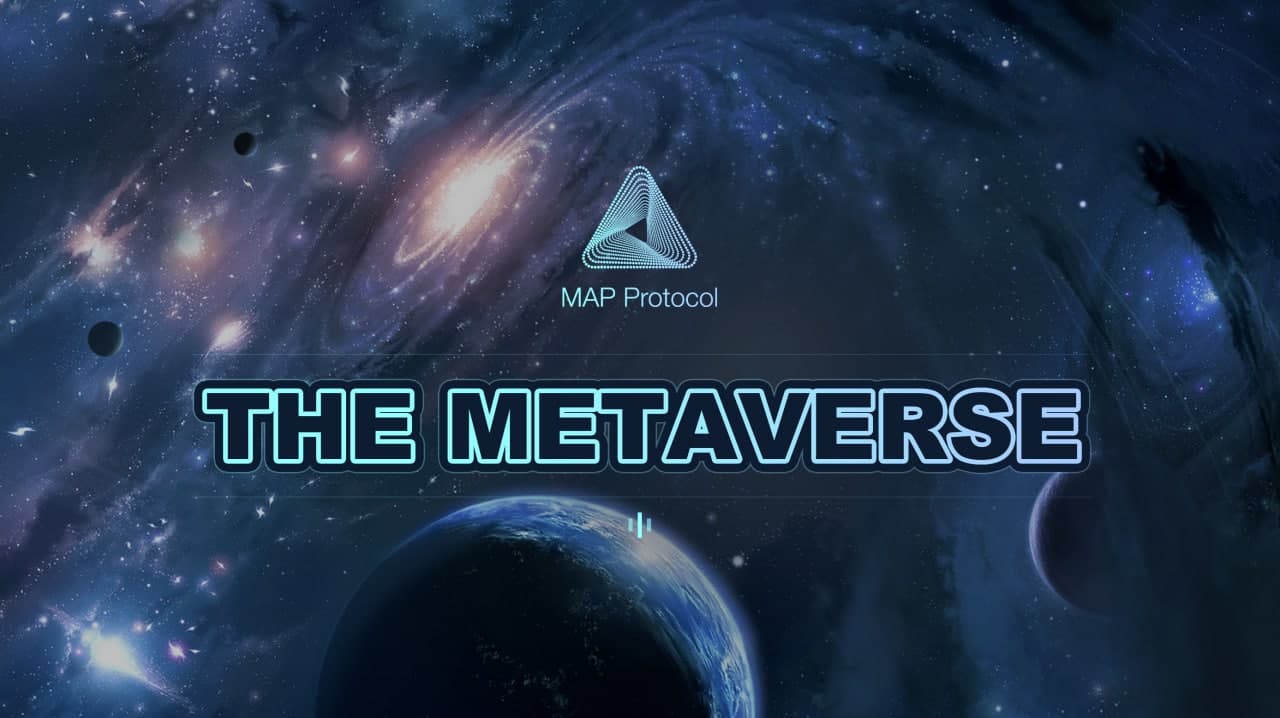 But why are people spending millions of dollars on avatar collections or games that don’t exist?

Perhaps, the ultimate answer is that this is simply the future era of the “Big Metaverse.” A rare profile picture (PFP) NFT bought by collectors today will represent the status of an individual in the future metaverse. A static 2D avatar collection can turn into 3D playable avatars, and additional utility can be added in the gaming virtual world. “Through the interoperability of NFTs, they will be able to turn 2D collectible image NFTs into 3D playable avatars that are animated, can run, jump, socialize, play games, and interact with their other peer Avatars in The Sandbox,” said The Sandbox co-founder Borget Sebastien.

However, the current NFT ecosystem is a closed-off world, and scalability remains an issue. The Ethereum blockchain’s significant gas consumption has caused high transaction fees, and many projects are building their own chain. Without a holistic system to connect all CrossNFTs in more secure, decentralized ways, the demands of the future Metaverse will be unable to be met and it will not be able to scale globally. All of these issues will need to be addressed, such as the need to interoperate with other parts of the Ethereum ecosystem.

How does Map Protocol play an important role in this open “Big Metaverse?”

As Map Protocol has been committed to cross-chain research all this while, it is able to fulfill the requirements of future Metaverse and virtual world “GameFi” NFT demands by providing base-layer cross-chain support for NFT and GameFi projects, facilitating the ease of NFT asset transfers, and allowing NFT projects to launch their products. Through Map Chain, more chain allocations are permitted, which improves the functionality of a product’s existing digital asset agreements — for example, allowing bridging from Binance Smart Chain, Polygon or Solana to the Ethereum network on the Niftex and Fractional platforms to open up more opportunities beyond NFT fractionalization. The current NFT space can also go cross-chain to other platforms with faster speeds and cheaper fees through Map Chain. The future of the metaverse will not belong to only one successful blockchain that owns the whole thing. Map Protocol will be part of it, not to compete but to develop a better system to complete the whole ecosystem.

How does Map Protocol solve this CrossNFT problem?

The rapid growth of the NFT ecosystem and the current capacity problems of Ethereum have become the principal contradiction of the whole Metaverse. In order to compete for limited on-chain resources, users must pay higher gas prices. As always, migrating to a second layer should be a feasible solution for now, as pointed out by Vitalik Buterin in his recent post “Cross-rollup NFT wrapper and migration ideas.” Ideally, besides fast speeds and low gas consumption, etc., layer-two networks should be decentralized, trustless and 100% reliable due to the proof of rollup state. Yet, all the existing Ethereum Virtual Machine-compatible layer-two networks have some important drawbacks — e.g., centralized nodes, privileged admins and so on.

This is where Map Protocol comes into play. While Map Protocol aims to be a secure end-to-end solution for any blockchain user to move and exchange assets, the protocol itself suits the CrossNFT scenario perfectly. The issues with current layer-two networks will be diminished in the context of Map Protocol, which was built with the following three key characteristics: decentralized, trustless and feeless. The underlying Map Chain is secured by 100-plus staked validators to keep the network as decentralized as possible. Map Chain is designed in such a way that all events that occur can be easily verified cryptographically via a light client that can be implemented through smart contracts. In this way, all EVM-compatible blockchains would be verifiable in a purely mathematical way if an unprecedented event were to happen. Furthermore, Map Chain also maintains light clients of relevant blockchains — e.g., Ethereum — thus, trustless verification can be done both ways. In this way, cross-chain wrapping or claiming of NFTs between Map Chain and all EVM-compatible blockchains can proceed in a purely cryptographic way without the need to trust anyone.

Besides the need to migrate NFTs from chain to chain, we noticed that many NFT and GameFi projects are seeking ways to build their own dedicated blockchain. To satisfy the needs of these projects, the Map software development kit will be released in the near future so that NFT- and GameFi-specific blockchains can be easily built. With the technical stack provided by Map Protocol, all these blockchains are able to communicate with each other naturally.