June 20, 2022 — The SORA community has sent an open letter to the people of Sri Lanka to use the SORA (XOR) token as a legal tender. Currently, Sri Lanka is going through an economic crisis, causing political and social unrest, leading key players in Sri Lankan politics to resign while the people suffer from food shortages, electricity outages and economic mismanagement.

SORA recently participated in several events in Davos on the sidelines of the World Economic Forum. Project contributor Dr. Makoto Takemiya — along with experts such as former Toyota Financial Services CEO Hideto Ozaki and former Mitsubishi UFJ Bank chief manager of market infrastructure Taketoshi Mori, among others — penned an open letter inviting the Sri Lankan people to adopt XOR as a legal currency in alignment with SORA’s Many Worlds, One Economy vision. A longer exposition about the efficacy of using XOR to drive national economies is explained in a short paper, “The Case for XOR,” written by Dr. Takemiya. 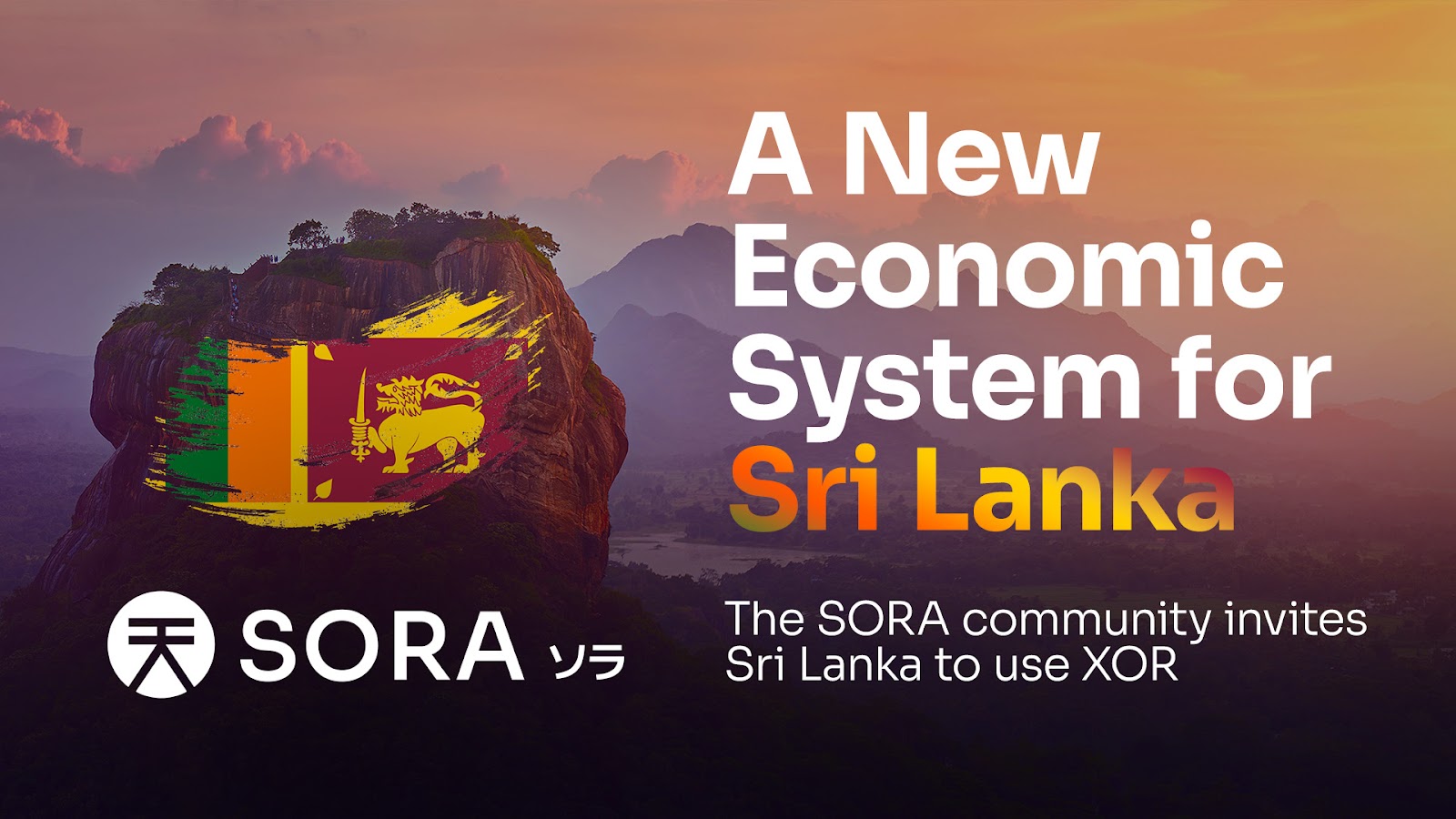 This is the first time a blockchain-based project has reached out to a nation offering financial support for its country in a collaborative way. Unlike Bitcoin (BTC) adoption in El Salvador, where the government introduced a cryptocurrency that functions as a foreign currency outside of their control, the introduction of XOR would benefit the Sri Lankan people through governance processes that allow fund allocations to enable productive economic output, leading to sustained and impactful economic growth. This allows XOR to be treated as a domestic currency but with clear and transparent democratic oversight by token holders to prevent corruption and misallocation.

The open letter outlines the principles of SORA, its characteristics and the industry’s scope of implementation. It was translated to Sinhala and Tamil and published both in physical print and online in major Sri Lankan news outlets. The letter also highlights the use of XOR for trading the phygital — physical and digital — wine Noir.digital, which is an example of a productive economic use for the SORA network.

Here is an excerpt:

We would like to show our appreciation for your majestic country[: a] country with a rich cultural heritage and historical importance within global trade. It is no surprise that your nation is considered the highest-ranked South Asian nation on the Human Development Index.

Unfortunately, as with numerous countries [in] the world, there are many problems currently affecting your beautiful country, related in particular to the economy. At the core of these problems is money. Your financial system and currency have lent themselves to corruption and debasement instead of being at the core of value creation.

As observers, we are heartbroken with the current situation[,] and we want to help you and take action to improve the economy of your country, with the great hope and belief that together[,] we can restore security and prosperity that your people historically had.

[…] How can we achieve this together? The first step is to adopt XOR as a legal tender in Sri Lanka through legislation that would allow citizens to pay for goods and services, as well as taxes and debts, with XOR. The next step is a gradual introduction of XOR into daily life. XOR will be used in parallel with the Sri Lankan rupee, and the most useful currency will be decided upon by the free market.

[…] XOR is a solution that is giving back the power to those who have been robbed [—] to you[,] the great people of Sri Lanka. It is more than just a ground-breaking economic system[;] it is a new chapter in human history that we want to write together with you. A XOR-based economy will empower small businesses, the drivers of any economy, and facilitate commerce, while also making it much easier to access capital that is desperately needed to enable economic growth.

The full letter is available to read on the website, and there is a Telegram community available for Sri Lankans to join and voice their questions about this proposal. 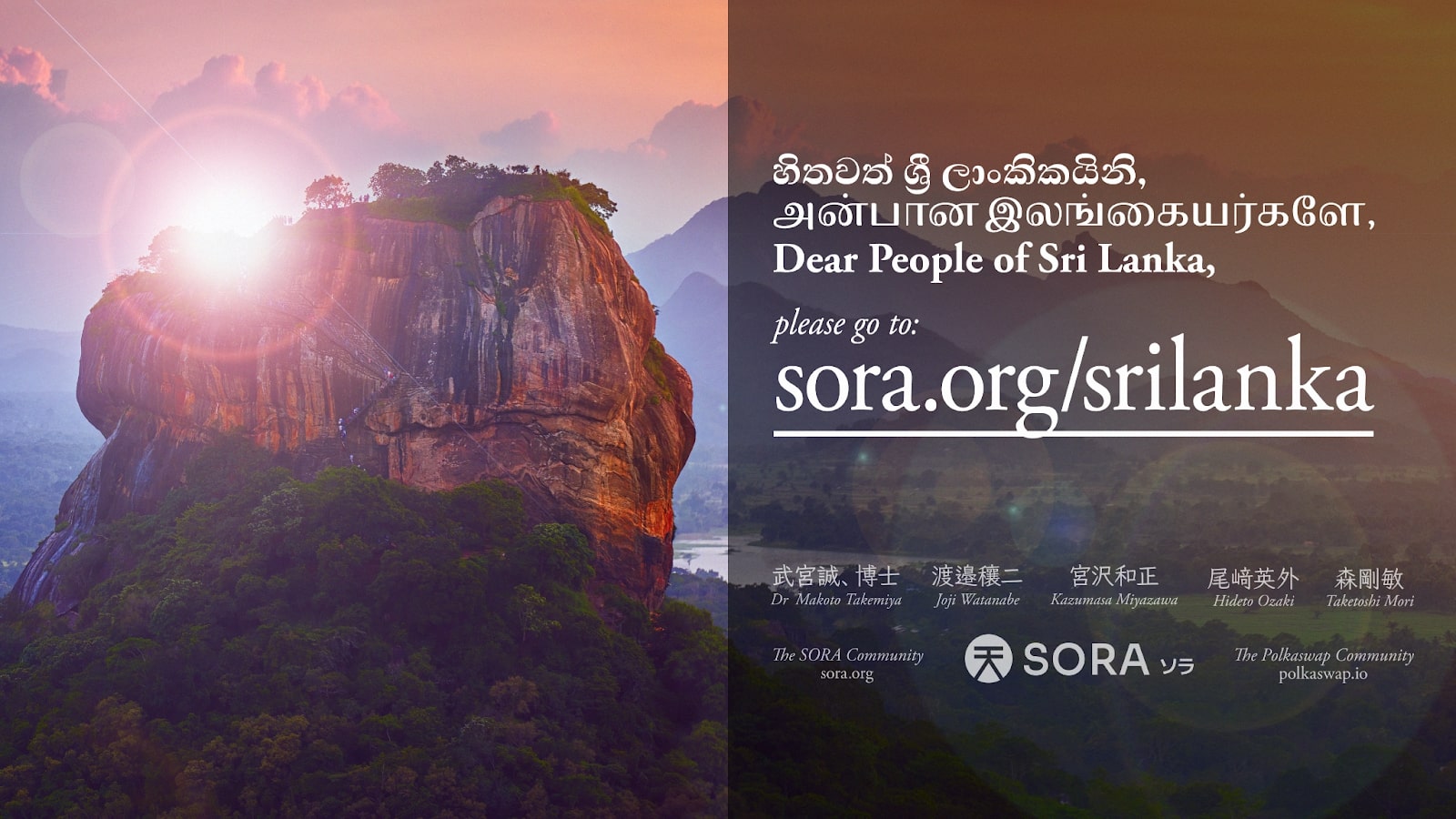