Utopia, a decentralized peer-to-peer ecosystem, will launch its USD stablecoin, UUSD, this month. The development of Utopia began covertly in 2013 and was released officially in November 2019, providing access to secure and surveillance-resistant communication and finance.

Utopia USD, like the native Utopia currency Crypton, features anonymous transactions by default and does not reveal any identifying information to its blockchain, rendering its history completely untraceable. Every transaction is completely private and leaves absolutely no metadata visible. No other cryptocurrency currently provides this level of future-proof untraceable transactions. Competing private cryptocurrencies rely on obfuscation techniques rather than genuine anonymization and are vulnerable to tracking tools offered by the likes of CipherTrace. 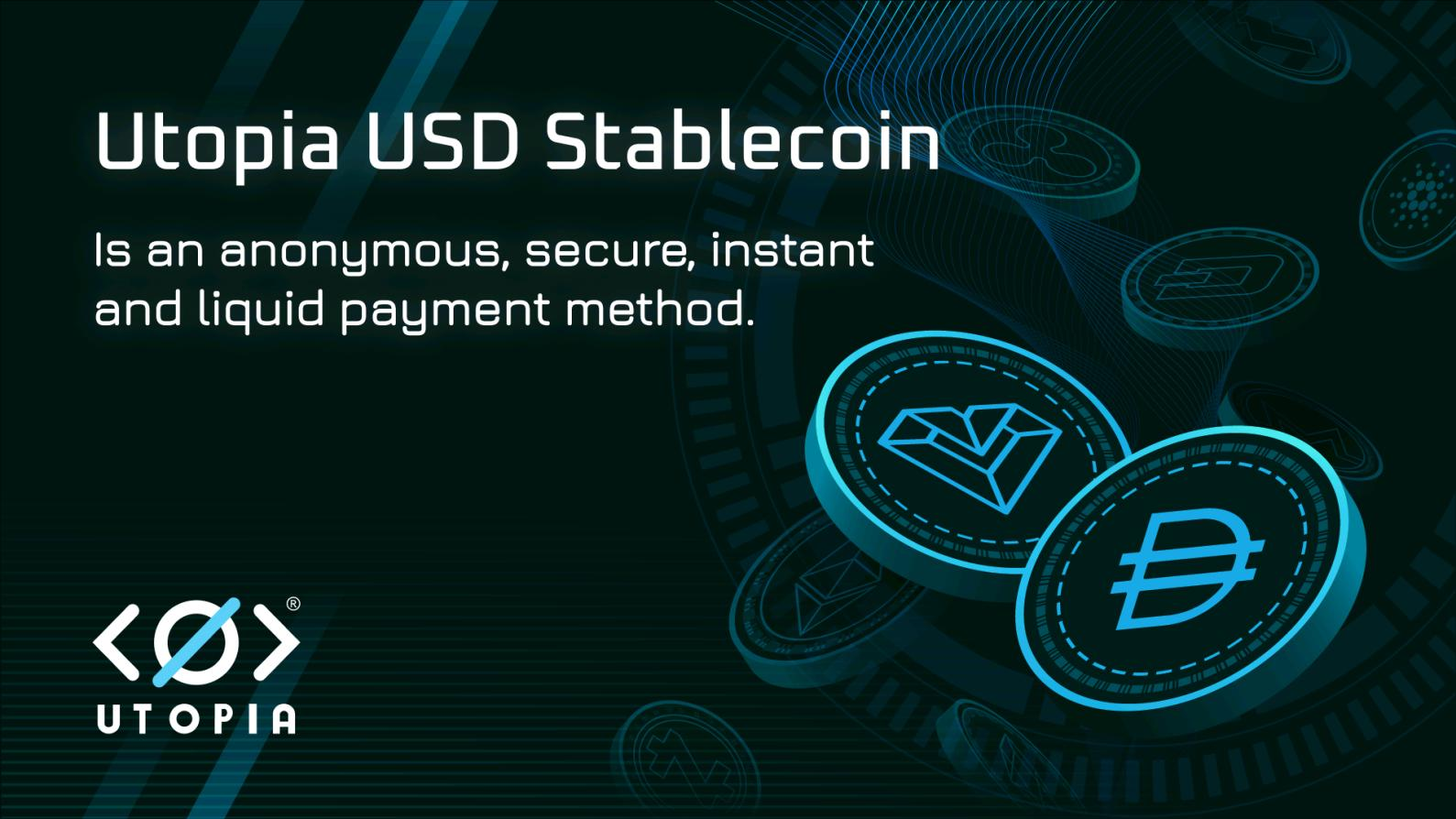 Utopia USD is designed to maintain a one-to-one ratio parity with the U.S. dollar. UUSD is an anonymous, secure, instant and liquid payment method. Its value is backed by Dai cryptocurrency collateral that is publicly verifiable by the cold wallet address and equals the total supply of UUSD. The initial supply is $1 million backed by 1 million Dai located in the following Ethereum wallet: 0x2Cf6717fA2C1fea68F4bdedC26B578898651C270.

The price of Dai is soft-pegged to the U.S. dollar and is collateralized by a mix of other cryptocurrencies that are deposited into smart-contract vaults every time new Dai is minted.

The liquidity of Utopia USD is supported by market making algorithms on several exchanges including Crypton Exchange, which is a natively integrated anonymous crypto exchange with instant deposits and automated withdrawals. Conversion is possible at a near-zero fee exchange rate. The exchange is available in a censorship-resistant form inside the Utopia ecosystem by domain Crypton (CRP).

Utopia offers one of the most advanced blockchains in the space and provides a combination of features unique to the cryptocurrency market:

Utopia’s blockchain is based on proof-of-stake and proof-of-resources algorithms. Full nodes are located around the globe and participate in packet routing and validation, receiving a reward every 15 minutes (block generation time) by providing internet connectivity, RAM and CPU resources. Each ecosystem user’s privacy is protected by utilizing a dynamic multi-link routing engine with man-in-the-middle (MITM) attack protection. Curve25519, XSalsa20 and Poly1305 algorithms are used to encrypt, sign and authenticate packets, objects and connections between peers.

Utopia’s desktop application is available for Windows, macOS and Linux in 29 languages. Utopia takes the security of its ecosystem very seriously and has offered a bug bounty program since its launch in 2019. The ecosystem has been developed by a group of networking technology enthusiasts over the last eight years. To eliminate any impact on the project, developers of Utopia will forever remain anonymous.

The launch of Utopia USD will be supported by a massive airdrop campaign and several marketing initiatives in August 2021.