DeFiHorse has raised $5 million in capital from several overseas ventures to produce a stunning horse metaverse project, in both gameplay and graphics, based on blockchain technology.

DeFiHorse announced the fulfillment of a $5 million private investment round on Dec. 7. The financing round was completed in less than a week, with the involvement of numerous well-known blockchain funds, including Exnetwork Capital, Poolz Ventures, BullPerks and Avocado Guild. DeFiHorse was formerly fostered by Coincu Ventures, one of Vietnam’s leading investment funds for significant blockchain initiatives.

DeFiHorse is one of the NFT metaverse projects in Vietnam that has received the most funding from a private round to date, at $5 million. According to the project’s spokesperson, the additional funds will be utilized to further develop DeFiHorse with the long-term goal of becoming a technology unicorn founded by Vietnamese and bringing promising blockchain technology closer to everyone.

“We intend to present to the world a high-end NFT metaverse in which everyone can own at least one NFT horse and horse farm. The player can proudly own NFT horses and farms just like elite people own horses in real life,” Mai Truong Giang, CEO of DeFiHorse, stated. 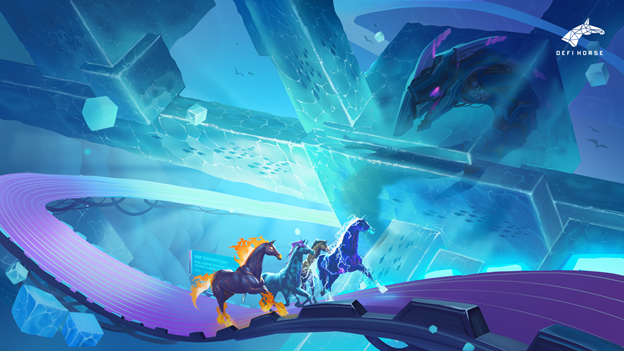 The success of DeFiHorse’s fundraising is not surprising. Before acquiring financing, DeFiHorse made a big splash in the community when it was led and mentored by several globally known advisers in the blockchain space.

Before launching DeFiHorse, Giang achieved many accomplishments. He was named a Forbes “30 Under 30” Vietnam honoree and has been the driving force behind the development of various companies. DeFiHorse is advised by Steven Nguyen, founder of Metub and Coincu; Hung Dinh, founder of Rada; and Duong Vi Khoa, vice president of the Vietnam Recreational eSports Association.

Unlike many other projects, DeFiHorse is building a metaverse in which users can own horses and earn income from competing, buying, selling or even breeding horses. 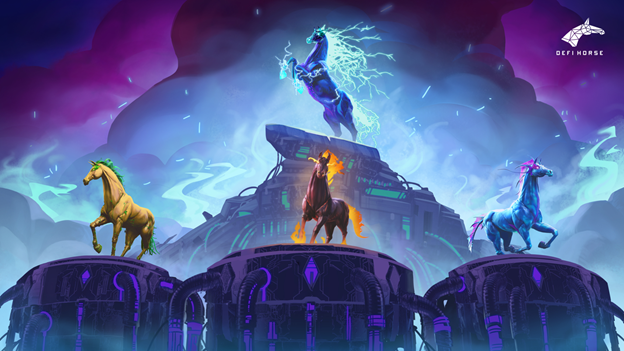 The four horse breeds in DeFiHorse are inspired by the mythology of Greek gods: Chaos, Titan, Poseidon and Heroic.

DeFiHorse is set in the year 2099. The horses are equipped with cutting-edge technology such as quantum technology, gene technology, artificial intelligence and space travel. DeFiHorse’s four distinct horse breeds are inspired by the mythology of Greek gods:

The form of the steeds is one of the most notable aspects of DeFiHorse. The NFT horse is depicted in 3D, both mythological and realistic. The horse prototype in the game is designed based on the Arabian horse, which has the best form globally and can run at a lightning pace.

Giang claims that all of the unique creations in the DeFiHorse realm are the work of young, talented Vietnamese individuals. Players may also let their imaginations run wild thanks to the game’s extensive customization options. Because of the nature of NFTs, each horse in the game is a different character and has unique strengths.

DeFiHorse is centered on races in which users may manage their horses and compete for distinctive rewards. To make the racing experience more appealing, DeFiHorse added a “tap to earn” function that allows users to engage genuinely with their horse to assist it in improving its pace compared with other rivals. The race outcomes assist players in earning different awards, increasing the worth of horses, thereby generating economic value.

According to the roadmap, DeFiHorse will release the first demo online in 2022, followed by iOS and Android operating systems, incorporating AR technology, and holding worldwide tournaments with up to $1 million in prize money.